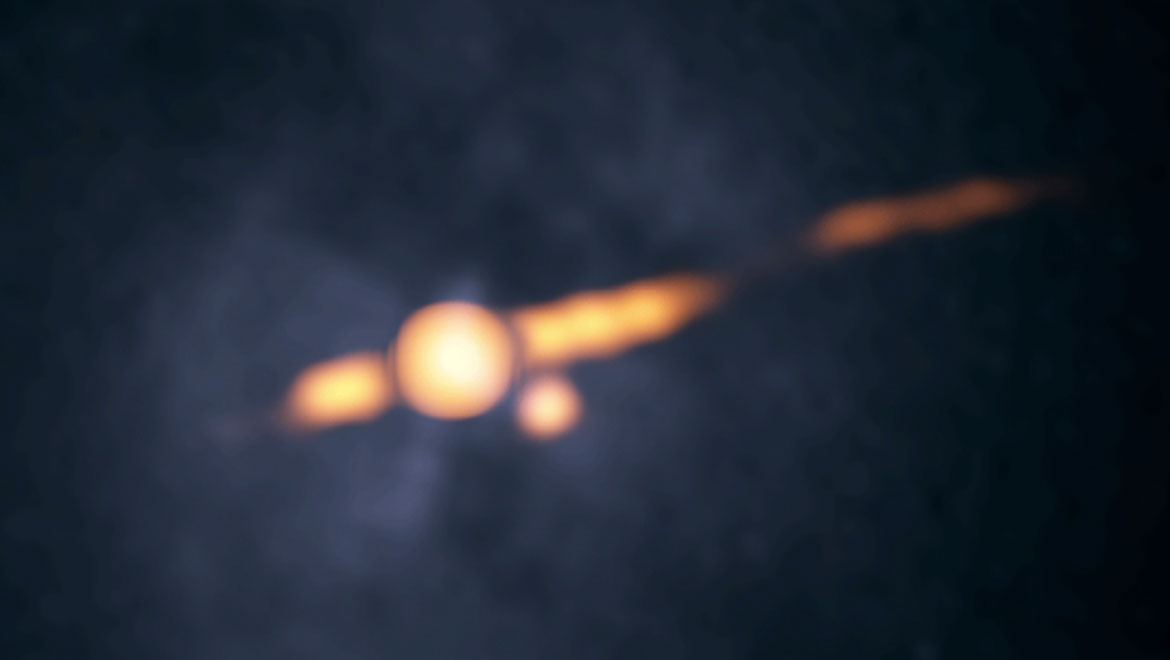 Although the galaxy of Cygnus A might be around 800 million light years away, it provides one of the strongest sources of radio waves in our universe.

The team from the Astrophysics Research Institute at Liverpool John Moores University and the National Radio Astronomy Observatory were not expectingthe galaxyt to have changed much over those years, but Cygnus A certainly had a surprise in store for them.

Rather than seeing the galaxy as they expected, they spotted a new and very bright object near the core of Cygnus A.

“To our surprise, we found a prominent new feature near the galaxy’s nucleus that did not appear in any previous published images. This new feature is bright enough that we definitely would have seen it in the earlier images if nothing had changed. That means it must have turned on sometime between 1996 and now.”

After comparison to images taken by the Hubble Space Telescope and Keck observations, it could be seen that there was a faint infrared object on these images, taken between 1994 and 2002. Initially, the astronomers from the Lawrence Livermore National Laboratory thought that the object was a cluster of stars however the higher quality of images obtained from the VLA has forced them to reconsider this opinion.

The researchers came up with two possible explanations: the object is either a supernova explosion or a second supermassive black hole very near the center of the galaxy.

Vivek Dhawan, from NRAO said that after further analysis they considered the likelihood of it being a supernova is unlikely, due to its extraordinary brightness.

So, the team are currently carrying out further observations to see if it is indeed, another supermassive black hole. If it is, this would suggest that Cygnus A as a galaxy had merged with another galaxy in the astronomically-recent past. It is thought that all large galaxies have a black hole in their center – some of these are active and some, like our own Milky Way are inactive.

Chris Carilli, also of the NRAO said “these two would be one of the closest pairs of supermassive black holes ever discovered, likely to merge themselves in the future.” 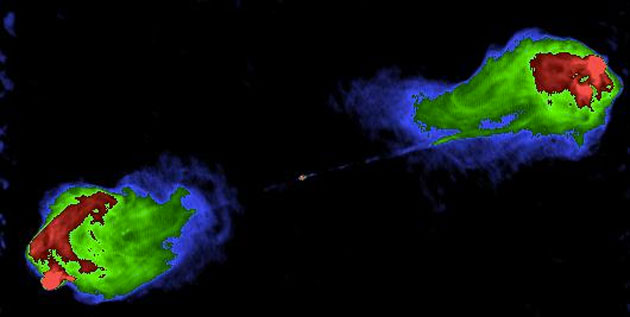 Astronomers have for a long time suspected that the brightest galaxies in our skies are formed due to collisions with other galaxies, but until now have not had the chance to observe this phenomenon. This recent discovery has given them the perfect opportunity to learn more about the formation of our universe.

Top image: In this radio image taken by the National Science Foundation’s Very Large Array (VLA), the object in question is the bright orb below the large galactic center. (mysteriousuniverse)