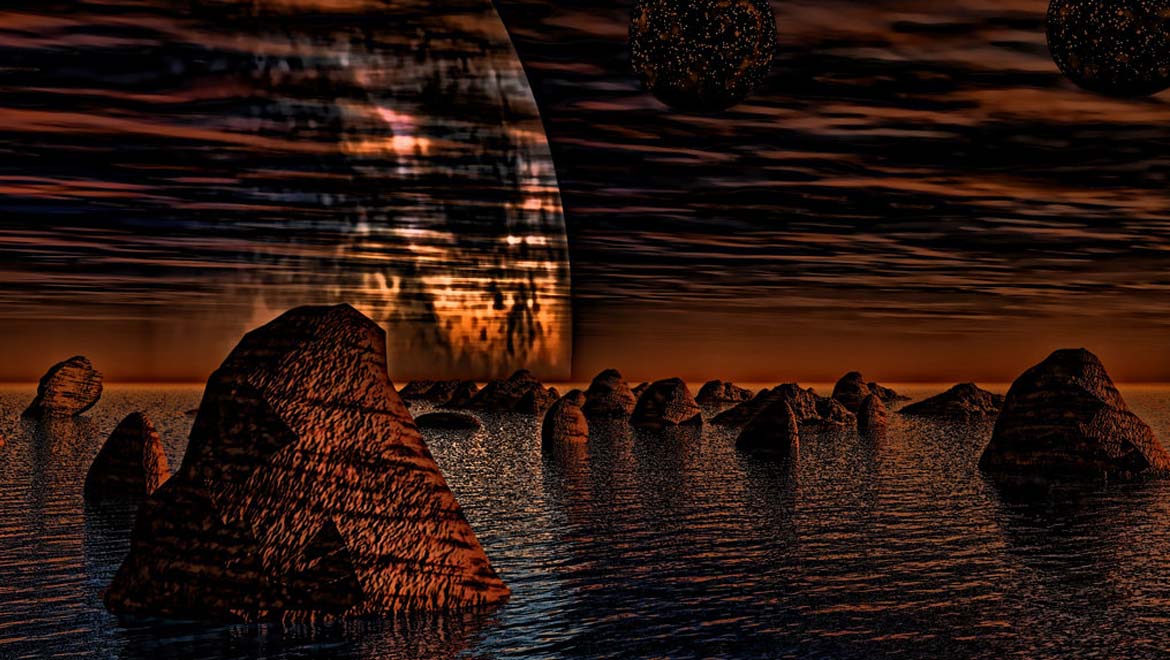 In the constellation of Aquarius, lies a small star known as Trappist-1. Around this star, seven Earth-sized planets have been found, detailed in research released earlier this year. Now new research, released this week, suggests that a number of these planets may well contain water. This is an extremely significant discovery due to the fact that astronomers believe this means that the planets could well be capable of sustaining life.

Michaël Gillon, an astrophysicist at the University of Liège in Belgium explained further, when talking about the initial discovery of the planets to The Guardian: “The star [Trappist-1] is so small and cold that the seven planets are temperate, which means that they could have some liquid water and maybe life, by extension, on the surface.”

The new research certainly seems to reinforce his suggestion that some of the planets may have liquid water on their surfaces. The research, titled ‘Temporal Evolution of the High-energy Irradiation and Water Content of TRAPPIST-1 Exoplanets’ has been released this week, in The Astronomical Journal.

The research involved a team of international astronomers, who used the Hubble space telescope to measure the amount of ultraviolet radiation emitted by Trappist-1. As explained by Vincent Bourrier, lead author of the study and based at the University of Geneva:

The research involved taking data relating to the amount of ultraviolet radiation emitted by Trappist-1, combined with the distance of each planet from the star to create computer models which also took into account how the star’s radiation has changed over time, which affects the potential habitable zone around it.

The results suggest that whilst the three innermost planets would be unlikely to sustain life at the current time, the outer four planets could potentially contain substantial amounts of water. Whilst this is certainly extremely exciting news, it also needs to be taken into account that these calculations are based on the assumption that each planet started with an “infinite” amount of water. Now, Bourrier says that further work is needed to better calculate the density of each planet, in order to attempt to work out how much water did actually form, which will allow a much more accurate calculation of how much water may be remaining. 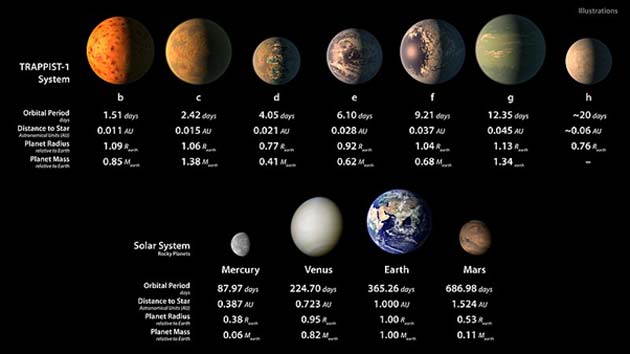 The Hubble space telescope is also capable of detecting hydrogen gas around the atmosphere of planets, which is a good indicator that there may also be water vapour within the atmosphere. The team attempted to measure the hydrogen gas surrounding one of the planets as it passed in front of Trappist-1 but the results were inconclusive. This could prove a useful tool for future observations, though.

The next stage in the research is to use the James Webb Space Telescope which is due to launch late next year in order to gain a better insight into the makeup of these planets. This will be combined with both theoretical studies and observations at a wide range of wavelengths in order to discover more about the Trappist-1 planets and whether or not they really could be capable of sustaining both water, and life itself.