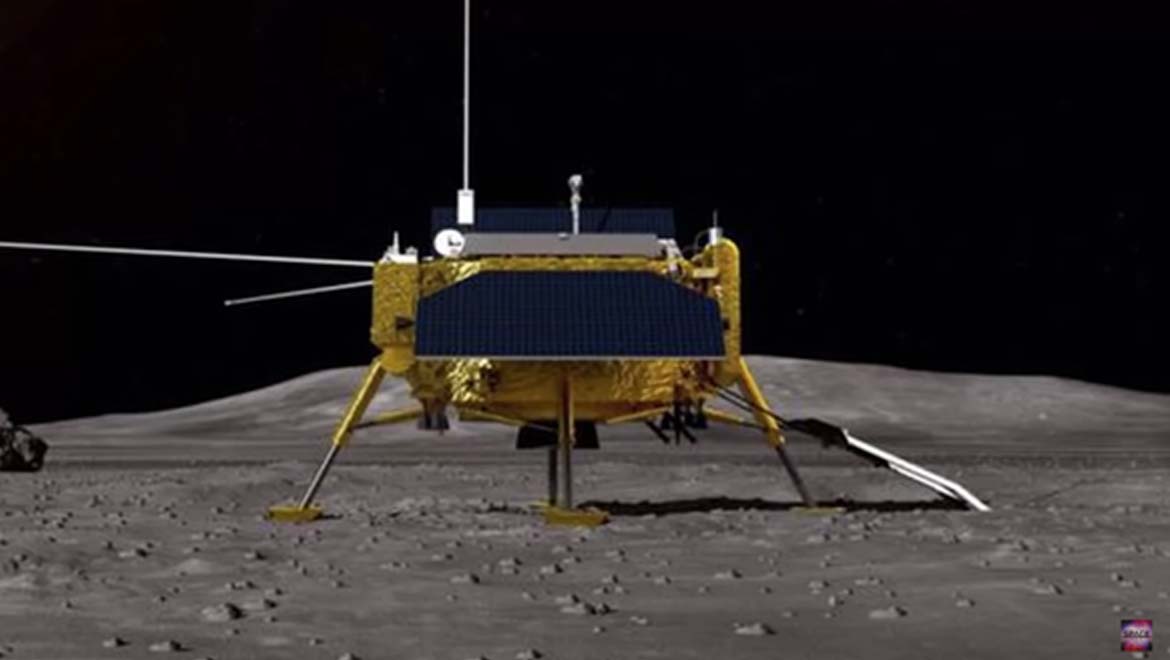 According to reports coming from the Chinese aeronautical authority, CNS, human exploration has pushed another frontier for the first time. This undiscovered country is the ‘far side’ of the moon, which is normally never seen by anyone but is thought of as containing pristine insights into life in the early days of the solar system that are not found on Earth.

The First Ship on the ‘Far Side of the Moon’

The spaceship that has made this extraordinary journey, Chang’e 4, is an autonomous landing craft that was reported to have reached its destination on January 2, 2019, at 02:26 GMT. It is now safely located in the Von Kármán crater on what is the distal side of the moon relative to Earth. The Chinese rocket scientists responsible for its launch are not likely to ever see it again.

The ‘far side’ of our moon’s familiar side is so called because this approximate hemisphere never turns towards our planet. This is because it takes the same amount of time for the moon to revolve once around its axis as it does to orbit the Earth (nearly 27 days at a time). Therefore, people on the surface have only ever seen one side of the moon. It is for this reason that the ‘far side’ was also once thought of as the ‘dark side of the Moon.’

However, despite this geocentric conceit, scientists have since concluded that it gets about the same amount of sunlight as the other, more familiar face of the satellite. This is lucky for Chang’e 4, or it may not have been able to send the images of the crater back to Earth with which it is now associated.

But it is true that the orbit/spin effect that keeps the moon ‘facing’ one way means it is more difficult for even unmanned vessels to get there. This is because it is hard for them to stay connected to operators on the Earth.

The CNS got around this problem by launching the Queqiao relay module into space as a companion to Chang’e 4. It now occupies a sort of ‘Goldilocks’ position in space just beyond the moon (known as the Legrange 2 safe point) from which it has lines of sight to the Earth and to Chang’e’s position. This lunar location was chosen because it is considered to be of significant interest to scientists on Earth.

So What’s On the Moon’s Other Side?

The far side of the moon has been found to be rich in features that may be associated with a series of asteroid impacts that occurred in the solar system’s history after it was formed. These impacts are also thought to coincide with the approximate origin of life on Earth. However, the ‘records’ of that period on Earth are thought to be inferior compared to those on the far side of the moon. Therefore, Chang’e 4 aimed for one of the most prominent impact craters in this region, the South Pole-Aitken Basin. 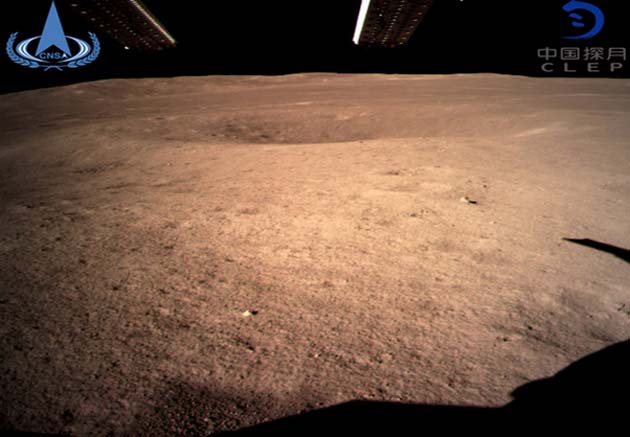 The first image of the moon’s surface reportedly sent back from Chang’e 4 to Earth. (Source: CNS/CLEP)

Now that it has set up shop there, the lander will deploy a range of scientific instruments and equipment. They include the Lunar Lander Neutrons and Dosimetry instrument, the Low-Frequency Spectrometer and the Terrain Camera, which were prepared for Chang’e 4 by the German space agency (DLR).

Furthermore, Chang’e 4 was also carrying the Yutu 2 rover, which, in turn, bears an advanced mini-analyzer for landing, a lunar penetrating radar, a visible and near-infrared imaging spectrometer and a panoramic camera, which were provided by the Swedish space-research organization. The lander itself also has a landing camera, with which it captured the first-ever images of the crater in which it now finds itself. 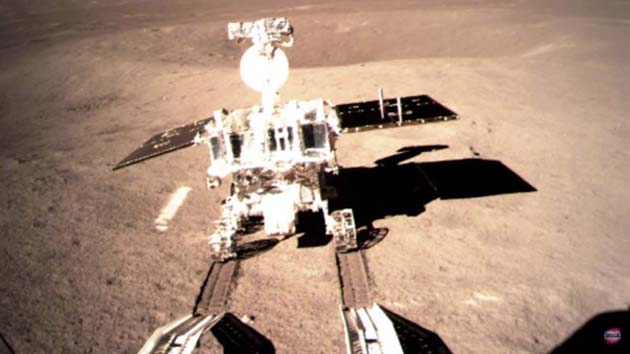 Chang’e 4's scientific work will not stop there, however. It also contains a bio-experimental rig, in which the lander will assay the efficacy with which silk-worms, potatoes, and mouse-ear cress can survive on the far side of the moon.

This study could generate valuable insights on how the human explorers or colonists of the future could live and perhaps even thrive in extra-terrestrial locales such as the South Pole-Aitken crater.

In any case, the Chang’e 4's landing is an impressive announcement for the Chinese space authority to make.

It was also accompanied by analogous news from NASA, on the success of its New Horizons and OSIRIS-REx missions, which also reported good results in their journeys to the Kuiper Belt and Bennu asteroid, respectively. These three ground-breaking missions indicate an exciting new era of space horizon that is just beginning and may take humanity out among the stars with it.

Top Image: An artist’s impression of the Chang’e 4 lander on the moon. (Source: CNS/CLEP)