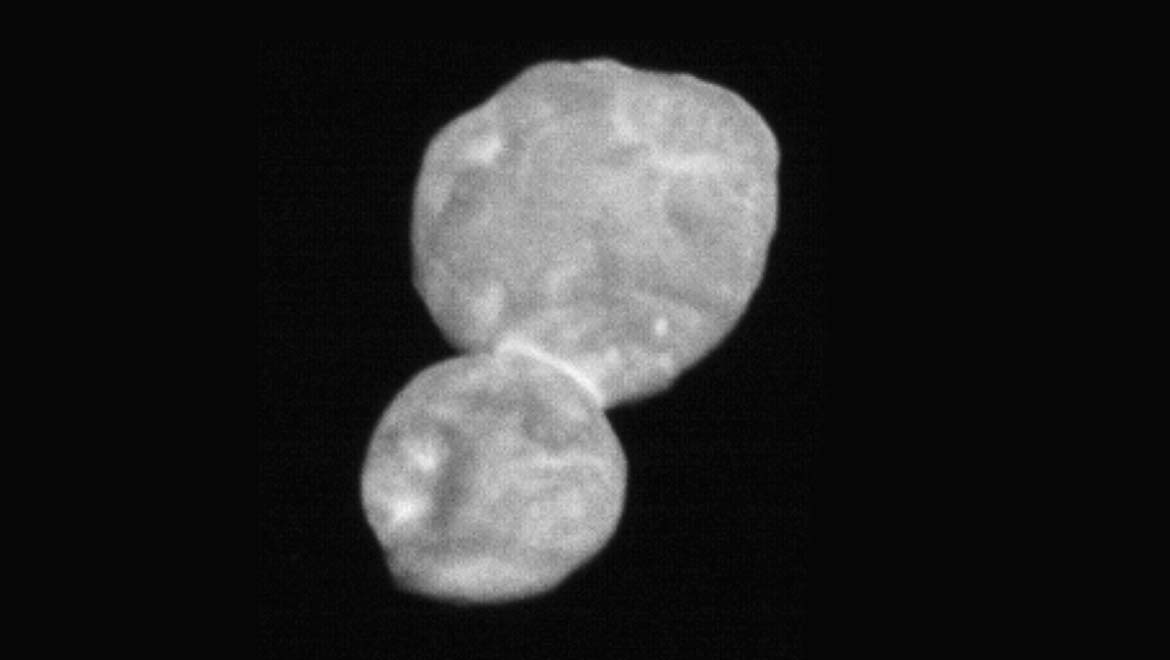 A few days ago, NASA presented footage of its craft, New Horizons, as it completed a fly-by of a specific object in the Kuiper Belt. This mission was a success as the vessel was able to capture images and data on its target a certain amount of accuracy.

Now, the researchers of NASA can say that they know the appearance of this extremely far-flung world. They can also detail some other crucial aspects of the space-rock in question, which may be able to help them work up a picture of how it (and possibly, the rest of the Kuiper Belt) was formed.

The Kuiper Belt is often considered to be the solar system’s border. It is a band of cosmic rocks and debris that is thought to be what was left over after the main system was formed. The "Belt" is also viewed as much more ‘peaceful’ than the rest of the solar system, as it rarely sees collisions with asteroids. This cannot be said for many of our best-known planets and satellites, the moon and Earth included. Accordingly, the Kuiper Belt is seen as a potentially pristine ‘record’ of what went on in the very early solar system.

This is why NASA sent the unmanned New Horizons craft out into space, with the aim of reaching this belt. The space agency designated a relatively well-known body, located 6.8 billion kilometers away from Earth, in the belt, as New Horizons’ primary target. NASA wanted to answer specific questions about it, such as what its chemical make-up, nature, and shape may be.

New Horizons reached the destination at 2 am GMT/9 pm EST on January 1, 2019, and it took about 10 hours afterward to send data back to the Earth.

The Farthest Known-Thing from Earth is Actually Two Things

NASA reported on the preliminary answers that they had found.

From this, it appears that the object, known as 2014-MU69 or Ultima Thule, is technically two objects: a larger rock onto which a smaller had become stuck following a low-speed collision. This gives the complete entity the appearance of a peanut or a snowman. The entirety of Ultima Thule was found to be about 19 miles across. NASA scientists now also assert that this object is faintly reddish in color, based on recordings from New Horizons and backed up by others previously taken by the Hubble telescope.

This is a fascinating point of detail. However, its origins may be less attractive. It appears that Ultima Thule may be rather redder than anticipated due to its bombardment with cosmic radiation and X-rays. These may have burned the compound rock’s outer icy layers until they took on a red tinge. NASA’s analysts have also found that it is exceptionally dark on Ultima Thule. Its brightest points reflect only about 13% of the light that actually hits it, whereas its darker regions reflect only 6% of the same. However, it seems that this is not the only unpalatable thing about the most distant NASA mission in human history.

Has NASA’s Naming System Got It into Trouble?

It has emerged that the name NASA settled on for the remote object of New Horizons’ interest is somewhat controversial.

The mission leaders chose it from a shortlist of potential names that resulted from online polls open to the public. However, they still insist that, at the time they had fixed the name Ultima Thule on the object, they had no idea that it had also been appropriated by Nazis for their owned twisted variant of mythology. Ironically, however, proponents of this use for the term, Ultima Thule, may regret this now, as the real-life version has turned out to be a dark, blasted, irradiated wasteland of only indirect use and interest to humanity.

Nevertheless, NASA can be proud of their achievement, and perhaps also of re-imagining the definition of the name they linked to it for the 21st century.

The New Horizons team may now seek to use its craft, which is still flying at about 14 km per second (8.5 miles per second) through the Kuiper belt at this very moment, to assess a new target object in the future. In the meantime, however, it will occupy its time sending the rest of its Ultima Thule data back to Earth (which takes an extremely long time due to its current distance from the planet).

The vehicle's plutonium-based battery is thought to be capable of lasting until about 2030, at which point it will stop moving and float in space. This may take it to the other side of the Kuiper Belt before it stops functioning. But, in any case, it will only be the second-most distant human-made object from the Earth. That title continues to belong to Voyager-2.