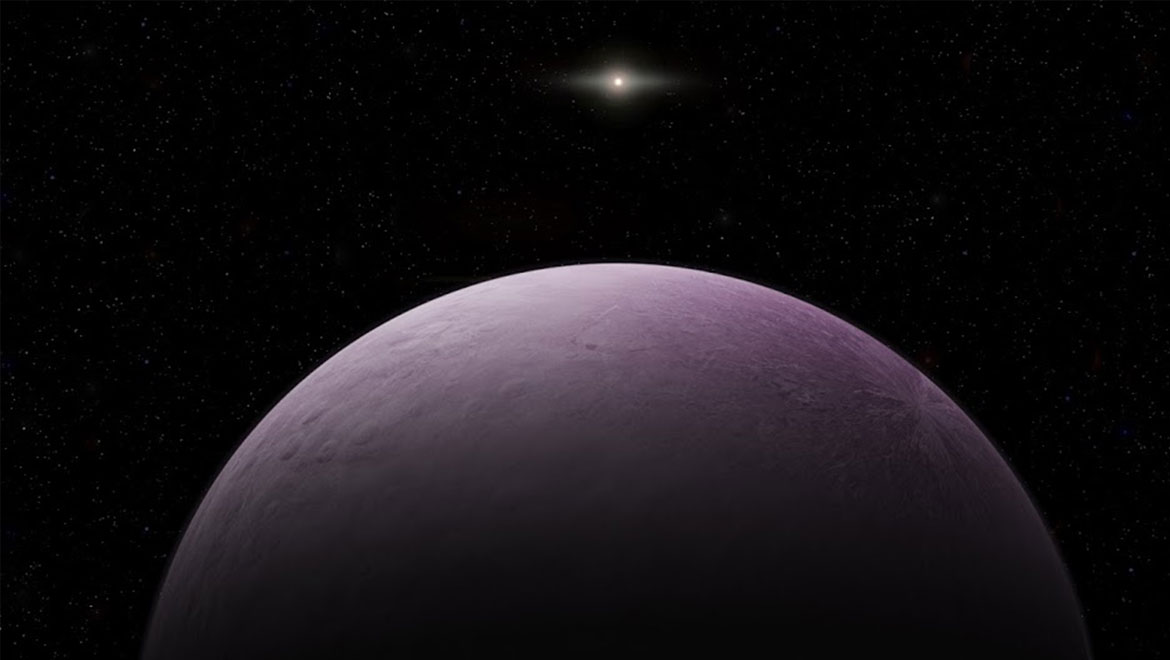 There’s a new dwarf planet in our solar system, and it’s the most distant one scientists have ever discovered. This tiny world, formally known as 2018 VG18, but nicknamed Farout, is about 18 billion kilometers away, roughly 3.5 times the distance to Pluto from Earth. The pink cosmic body was nicknamed after its discoverer’s exclamation!

The new object was announced on Monday, December 17, 2018, by the International Astronomical Union’s Minor Planet Center and has been given the provisional designation of 2018 VG18. The discovery was made by Carnegie’s Scott S. Sheppard, the University of Hawaii’s David Tholen, and Northern Arizona University’s Chad Trujillo.

“I said ‘far out!’ when I discovered it, and it’s a very far out object,” said team member, Scott Sheppard, at the Carnegie Institution for Science in Washington DC. Its pink shade indicates an ice-rich object, but little else is known.

Discovery Through the Japanese Subaru Telescope 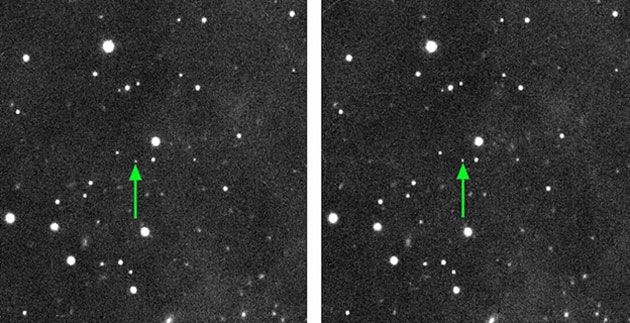 A team of astronomers discovered "Farout" using the Japanese Subaru telescope in Hawaii. The Subaru telescope is owned and operated by Japan and the valuable telescope access that the team obtained was due to a combination of time allocated to the University of Hawaii, as well as to the U.S. National Science Foundation (NSF) through telescope time exchanges between the US National Optical Astronomy Observatory (NOAO) and National Astronomical Observatory of Japan (NAOJ).

Solar system objects like these are found by looking at a series of images at the same spot on the sky for any dot that appears to be moving in comparison to the background stars.

Not much is known about the little cosmic body yet because of its extreme distance. The images showed that it is about 500 kilometers across, big enough for it to be a dwarf planet. It also appears to be a pinkish color, which might indicate that it has an icy surface.

The second-most-distant observed solar system object is Eris, at about 96 AU (astronomical unit). Pluto is currently at about 34 AU, making 2018 VG18 more than three-and-a-half times more distant than the most-famous dwarf planet. 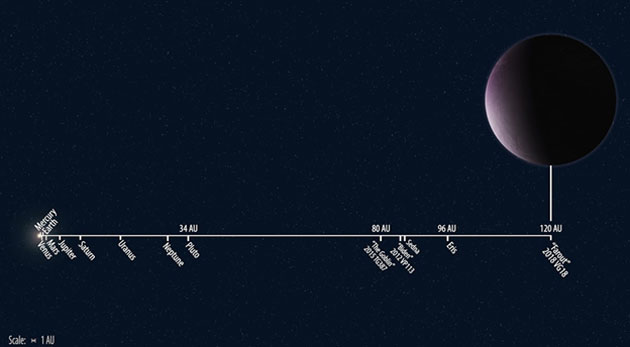 "2018 VG18 is much more distant and slower moving than any other observed Solar System object, so it will take a few years to fully determine its orbit," said Sheppard. "But it was found in a similar location on the sky to the other known extreme solar system objects, suggesting it might have the same type of orbit that most of them do. The orbital similarities shown by many of the known small, distant Solar System bodies was the catalyst for our original assertion that there is a distant, massive planet at several hundred AU shepherding these smaller objects."

"All that we currently know about 2018 VG18 is its extreme distance from the Sun, its approximate diameter, and its color," added Tholen, "Because 2018 VG18 is so distant, it orbits very slowly, likely taking more than 1,000 years to take one trip around the Sun."

More observations of this tiny world can help us pin down an important detail - the orbit of "Farout." The strange orbits of similar distant objects have led astronomers to hypothesize that they might be pushed around by a huge planet on the outer edges of our solar system. This as-yet unseen object has been dubbed Planet X.

Earth and the other familiar planets all orbit the sun in roughly the same plane. But the smaller Kuiper belt objects are far enough from the gravitational influence of the giant planets that they can orbit the sun at angles to this plane, nudged by their own gravitational interactions and past collisions.

It is possible to predict this angle, known as the inclination, for any object observed. Thus, Mike Brown and Konstantin Batygin at the California Institute of Technology used this idea to predict the existence of a ninth planet, thought to be ten times the mass of Earth, orbiting around 700 AU from the sun.

If Farout’s orbit is similarly warped, it might help us narrow down our search for the elusive planet. In fact, the astronomers found the planet while searching the sky for Planet X.

previous article
Underneath an icon cracks the literal criterion
next article
Dramatic Soyuz Sojourn To The International Space Station Has Happy Ending!