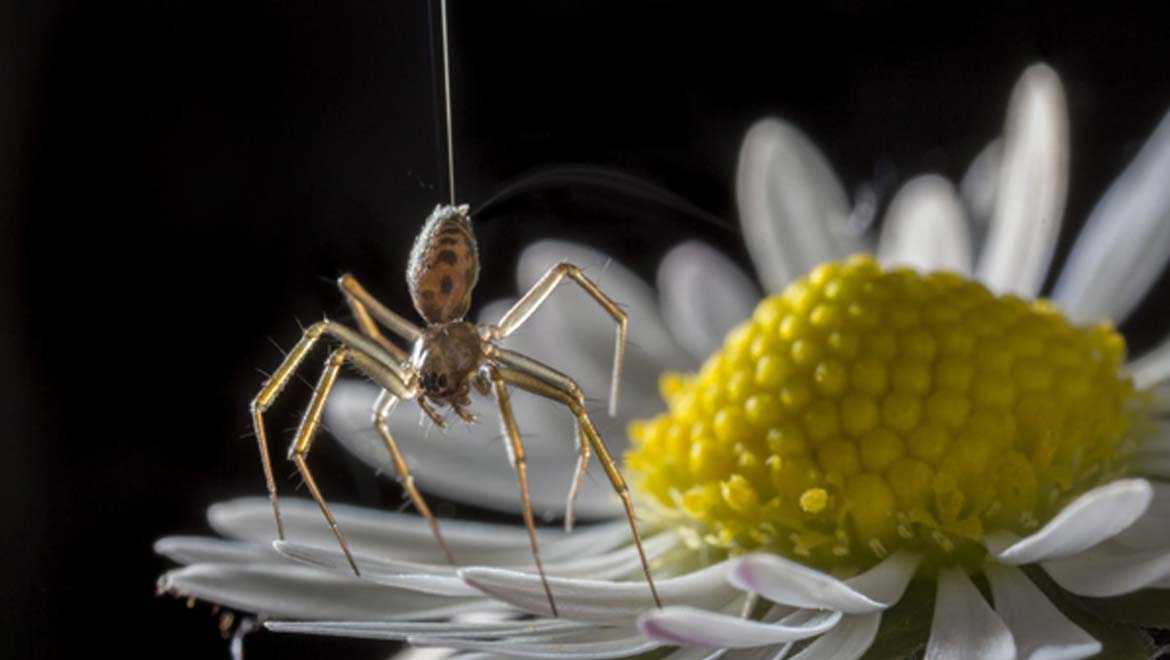 Ballooning In Spiders: Scientists Prove That Arachnid ‘Flight’ Is Wind-Independent

It has been observed that spiders use silk to ‘float’ through the air. Even Charles Darwin noticed that many of these creatures could alight on the Beagle during its voyage, only to leave on their own accord later.

This may be because spiders use the wind to perform their impressive wingless flights. However, spider-ballooning has also been observed on completely calm days. Therefore, the insects must be using a different kind of force or physical property to do so.

A team of scientists from the University of Bristol claims to have found out which one it is. These findings were reported by Erica Morley and Daniel Robert of the School of Biological Sciences at Bristol.

How Do Spiders ‘Balloon’?

The team suggested that spiders ‘balloon’ using electrostatic fields acting on the tiny fans of silk they exude. These forces are believed to repel the silk strands, which is enough to allow the tiny arachnids to launch themselves from a height and stay airborne.

However, where do these forces come from, and why are they so abundant to allow spiders to take regular ballooning trips?

The answer to this question, according to the Morley & Robert research - atmospheric potential gradient (APG).

This is a consistent and prevailing form of the electric field that is present worldwide and around everything. APG is also known to interact with lifeforms (most often more stationary organisms such as plants) to form more personal ‘e-fields’ for the living being.

The study indicates that spiders are capable of detecting these e-fields, as well as APG in general, and of judging the optimal points for a ballooning take-off. 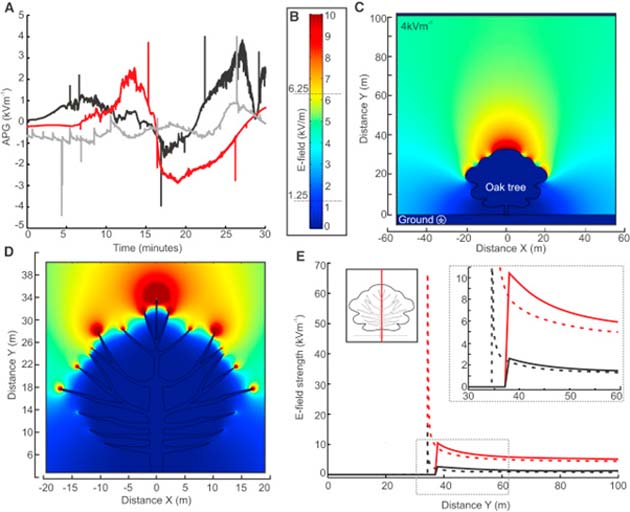 How a spider may perceive the e-field of an oak tree. (Source: Morley and Robert, 2018)

These abilities are also shared by other living things. For example, bumblebees may use them to detect and zero in on flowers.

Relationship between Spider-Ballooning and E-fields

Robert and Morley have reported that their experimental spiders used specialized mechano-sensory hairs (or trichobothria) to detect even weak e-fields.

The pair of researchers also demonstrated that their spiders (adults of the Linyphiid family) were capable of ballooning in controlled e-fields of 0 to 6.25 kilovolts per meter (kV/m). These fields were set up in boxes made of polycarbonate, placed inside a Faraday cage with an acoustic insulator. This, in turn, eliminated air currents and other electric fields beside the experimental e-field. The spiders were placed on a cardboard strip in the middle of the box.

The researchers reported that the ballooning increased significantly in the presence of these e-fields. In addition, the specific behaviors in the arachnids, previously associated with the initiation of such a flight, increased significantly with the strength of the e-field. These behaviors were dragline-dropping, in which the spider used an ancillary silk strand to take off and tip-toe (where the spider raised its abdomen in the course of extruding the silk).

These findings sufficiently indicated that the spiders used e-fields to balloon and that these creatures could detect the presence of an e-field in order to do so.

The researchers used laser Doppler vibrometry (LDV) and DC current to verify that spiders used their trichobothria to detect e-fields. They also reported that, while this was the case, the hair response was not affected by the polarity of the stimulus, although it did vary in response to different sine-wave frequencies.

This theory was compatible with the concept that the hairs were sensitive to e-fields and could tell between differences in the field and between (for example) air currents.

This study is the first piece of conclusive proof that spiders use e-fields to ‘balloon’ on a fan of silk strands. Furthermore, it indicates that arachnid trichobothria are electro-sensors, in addition to mechano-sensors.

These findings may inform the future of research into arthropods and arachnids. Also, the electrostatics involved in this type of flight may be of interest to engineers and designers in many related fields.

Top Image: A spider readies itself for ‘take-off’ from a daisy. (Source: Michael Hutchinson)

previous article
Underneath an icon cracks the literal criterion
next article
Are There Sustainable Alternatives For Petrochemical By-Products?