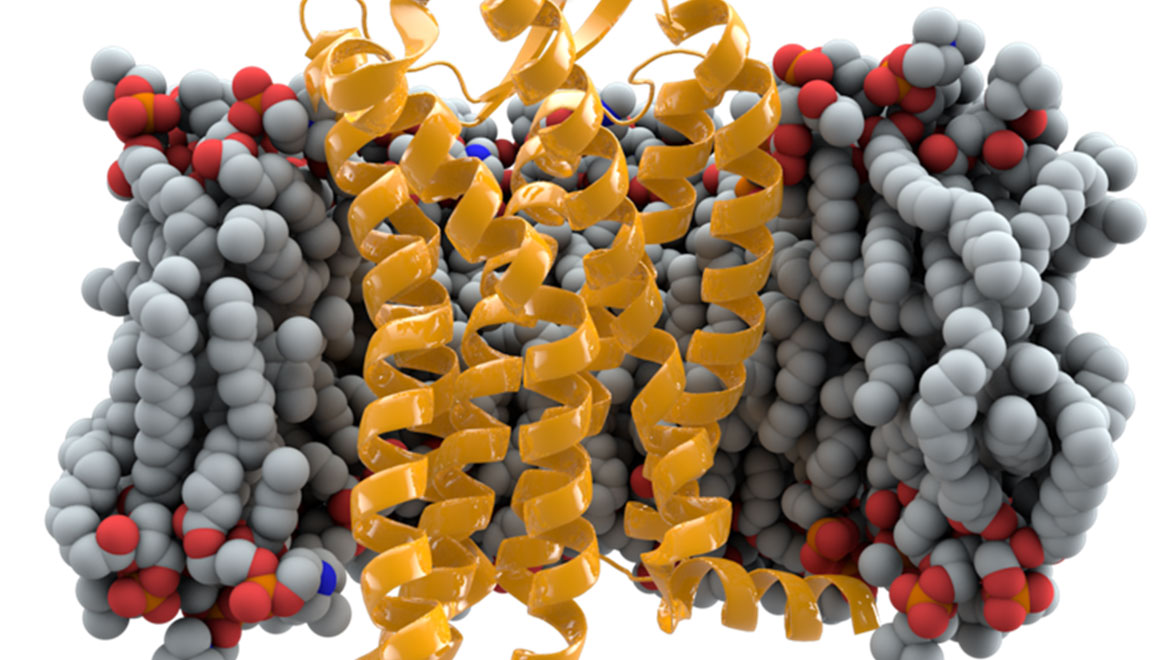 Not long ago, a scandal surrounding the claims made on the part of the genetic scientist, He Jiankui, made headlines. It involved public announcements of the successful editing of the genome in a pair of twin girls born as a result of in vitro fertilization (IVF). Jiankui asserted that this was indeed done at the stage at which the embryo that eventually gave rise to the babies via CRISPR-Cas9 editing. According to the scientist, the procedure resulted in the removal or silencing of the CCR5 gene, which is associated with susceptibility to HIV infection. This, He reasoned, would protect the girls against the same infection carried by their father.

This announcement, which was done via YouTube, was met with reactions ranging from derision to horror, among the scientific community. Even He’s own academic institution turned against him, insisting he had conducted his experiment without their knowledge or sanction and suspended him from his job forthwith. A number of bioethicists also strongly criticized the announcement saying it was unacceptable on many levels. Subsequent, more in-depth, review of these claims and their potential ramifications may, in fact, make things even worse for He. 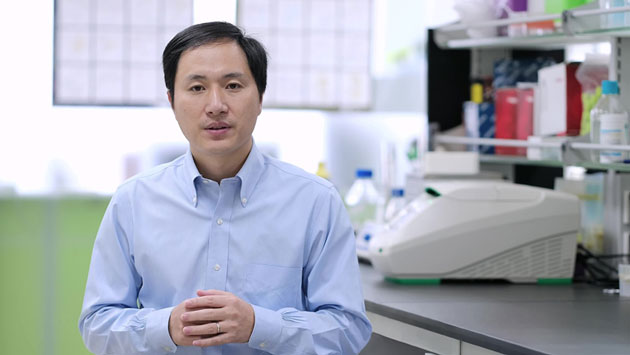 He Jiankui in a still from his now-infamous YouTube video. (Source: Wikimedia Commons)

The Dubious Ethics of In Vitro Gene Editing

On the other hand, it is still not completely clear whether or not the experiment described in the announcement was genuine. The twin girls, whom He named as ‘Lulu’ and ‘Nana,’ have never really appeared in the media nor have their parents. There has also been speculation that He merely posted the video as a publicity stunt for his private gene-editing business concern.

The Mayo Clinic bioethicist, Dr. Megan Allyse, assessed the informed-consent material drawn up by He in relation to such procedures. Allyse described it as “a disaster,” asserting that all the possible effects and risks of such a single-gene silencing had not been outlined or defined well enough for parents who may have enrolled in He’s studies in this paperwork.

To say bioethicists such as Dr. Allyse are not behind He in his aims would be an understatement. The Mayo Clinic expert’s latest discussions of gene editing include assertions that medical practice is still not prepared to integrate it as a therapeutic application. Furthermore, the genetic analysis incorporated into IVF itself remains a sufficient measure to select for and implant the most viable embryos only. In addition, Dr. Allyse observes that CRISPR-Cas9 is still not advanced or refined enough to avoid or account for risks and complications that may result from singular gene-editing.

CCR5 in Other Tissues and Conditions

This point may be borne out by research done into the effects of CCR5 itself. The gene is mostly thought of as playing a role in the immune system, and can thus be ‘hijacked’ by HIV virus particles to gain entry into a host cell, from which it can replicate and establish a life-long infection.

However, animal studies suggest that CCR5 may also influence brain tissue, particularly that related to learning and memory. One study indicated that CCR5 deletions resulted in up to 60% improvements in cognitive function in mice. Dr. Kevin Mitchell, an associate professor in developmental neurobiology at Trinity College Dublin, does not believe that this effect may translate well to human brains. He predicted that CCR5 deletion could negatively impact the ability to ‘distinguish’ between ‘useful’ and ‘trash’ memories, on a neurological level.

Besides this, CCR5 may be an important factor in the resistance to other viral diseases. For example, it has been found to strongly influence the immune system’s response to flaviviruses. This sub-type of viral particles that induce diseases such as tick-borne conditions, yellow fever, dengue and West Nile virus. For example, some research indicates that the CCR5 gene product plays an important role in the defense against influenza. Furthermore, the CCR5 silencing mutation, known as CCR5-Δ32, is associated with increased susceptibility to encephalitis that is a complication of some tick bites. This is precisely the mutation that He aimed to generate in the twin girls (presuming that they do, in fact, exist) as it is also associated with increased resistance against HIV.

Is There a Future for CRISPR-IVF?

However, this is also where the ethical quandary surrounding the ‘CRISPR-IVF’ story gets even worse. According to some reports, only one of the twins has the CCR5-Δ32 mutation on both alleles of the gene, whereas the other has a working copy of the unaltered gene. This inconsistency could in itself be considered a potential human rights violation, and also demonstrates that the efficacy of gene-silencing in the putative CRISPR-IVF procedure is moderate at best.

All in all, it appears that the alleged intervention may do more harm than good, to children born of it. In addition, this issue also highlights that CRISPR may need more work before it can become a part of the medicine of the future.

Top Image: The CCR5 protein: the unwitting focus of all this controversy. (Source: Thomas Splettstoesser/SciStyle)

previous article
Underneath an icon cracks the literal criterion
next article
10th Planet in our Solar System? The Newly Discovered “Farout” Has A Pinkish Hue 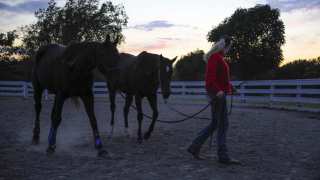