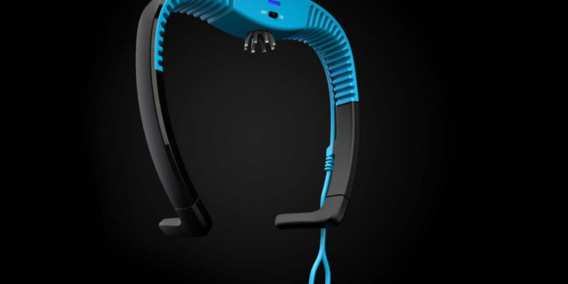 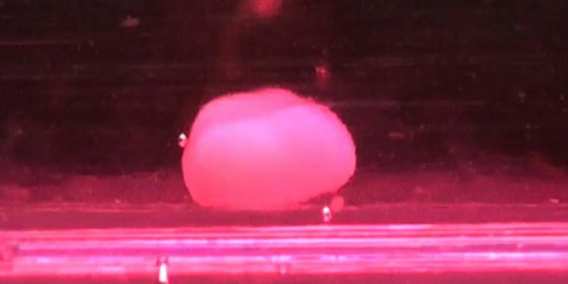 Millions of people in the United States suffer from ADHD (attention-deficit hyperactivity disorder), a chronic brain disorder that results in children or sometimes even adults having a limited attention span, being extremely hyperactive and taking rash decisions or showing impulsivity. This automatically reduces their ability to meet deadlines or perform daily duties, as per usual.

One of the most common phrases a medical doctor hears on introducing themselves as a member of said profession is probably along the lines of ‘Can you look at this mole for me?’ A specialisation in dermatology aside, most doctors would hesitate to eliminate a skin cancer diagnosis on the spot.

Artificial limbs, such as prosthetic legs or arms, are a common solution nowadays for patients who have gone through the process of amputation. Prosthetic parts of the body are being used for such medical cases since the 16th century and as the centuries pass, their quality is dramatically improving.

Pacemakers are devices that regulate the rhythm at which the chambers of the heart pump blood, intended for people who have developed irregular heartbeats. This may happen for reasons related to genetic, environmental or lifestyle factors, or a combination of all these. Some pacemakers are designed to co-ordinate the pumping action of the left and right sides of the heart, which if left uncorrected can lead to abnormal cardiac rhythms or other conditions. They work by delivering a tiny electrical impulse into the existing nervous circuitry of the heart.

Pediatric leukemia, a cancer of the blood in children, is classified into two types — acute lymphocytic/lymphoblastic leukemia (ALL) and acute myelogenous leukemia (AML). Of the two, ALL is more common, occurring between the age groups of two and four. Apart from when chemotherapy is successful, these children are left with a bleak prospect of survival because of this devastating disease.

The next generation of electronics is likely to come in the form of smart textiles and textile-like materials that may be more ergonomic, flexible and versatile. Their ability to support electronics and interfaces will be derived from the superconductive and conductive nanoparticles embedded in these fabrics, which can form circuits, sensors and antennas when laid down or ‘woven’ into appropriate formations.

If you’re into tattoos, bioengineering and high-tech health-sensing devices, this new development may be just the thing for you. A new project completed as a collaboration between researchers at MIT and Harvard Medical School has resulted in a prototype ‘tattoo’ that changes colour in response to variations in certain health metrics, and can be read through the skin. This clinical ink has been shown to be able to indicate skin pH, glucose and sodium levels.

Ceramic is amazing stuff. It’s extremely strong and durable, has an amazing capacity for heat absorption and is also stable at high temperatures. This could well make ceramic an excellent component in materials or biomaterials, were it not for their tendency to shatter at any given opportunity. The structure of ceramics as they are typically produced allows even very minor structural flaws to propagate within them easily, thus causing a crack to ‘spread’ through a solid layer of ceramic with ease.

End stage liver diseases, such as Stage 4 cirrhosis takes the lives of about 10,000 people every year in the United States, and unfortunately this number only seems to be increasing.

Deep brain stimulation (DBS) is a branch of neurological medicine in which small devices that can deliver electric impulses are placed into the brain, in areas that are damaged or affected by disease. The central idea behind DBS is that these devices, which are most often electrodes, are used to replace, augment or modulate abnormal activation (or ‘firing’) in the neural circuits found in these brain regions. This may in turn correct or alleviate their manifestations in the mind or body, which include uncontrollable movements in Parkinson’s disease (PD).

Electroencephalograms (EEGs) are a relatively well-established way of analysing brain activity. They use non-invasive sensors that detect the electrical activity of this organ through the skull. They then represent this activity in graphical forms than can be recorded, stored and used by people such as medical professionals. EEGs have been observed to be reliably associated with the brain activity they are supposed to visualise. Many normal, healthy brain regions even produce reproducible EEG feedback patterns, or frequencies.

Robots are increasingly accepted as the first line in automation, human-computer interfaces and even entertainment. However, they are often thought of in a limited way, as machines that could be designed to resemble humans, or body parts such as arms, designed to perform in a manner that is a variation on how a human would. Therefore, robots are often in a fixed shape with relatively limited dimensions of movement, articulation and manipulation.

Many wearable devices can now track your heart rate, steps, speed, balance, body temperature and sleep. Smart devices are definitely the future and will be used in people’s everyday lives. A new generation of brain-reading technology was created by the company NeuroSky, with the help of electroencephalography (EEG) biosensors.

When we think of mind reading, we may imagine a process by which an entity, perhaps aided by super-advanced technology, ‘listens in’ on our thoughts to capture or record them. However, thoughts and how they manifest in the brain are much more complicated than simple voices in our heads. Currently, the best of our scientific tools that come close to representing how it works are non-invasive techniques that can produce accurate 2D, 3D or 4D (i.e. ‘real-time’) images of a person’s brain and which specific regions are involved in thought formation.

The role of viral vectors as carriers, to effect and manipulate expression of certain genes, has done wonders in the realms of medicine and therapy. Experts are now considering the possibility of the very same virus vehicles to instead transport cargo to the neurons of the nervous system. This would help them to understand and treat neurodegenerative disorders and other diseases more effectively in the future.

Malaria, dengue, yellow fever, Zika and other mosquito-borne illnesses have wreaked havoc among humans in the past, and are continuing to do so by taking lives irrespective of age, gender or status. Among these, malaria, the deadliest of all, affects more than half the world’s population. Fortunately, innovations in biotechnology are attempting to provide solutions to eradicate these maladies.

Change blindness refers to the inability of our visual system to memorize details in scenery. An example of our brain’s inability becomes obvious when playing the game Spot-the-difference. It’s a game where you have two pictures that look absolutely identical, but in fact small details are different. Often one has to study the pictures for several minutes to discover the well-hidden differences.

The CRISPR system can be inserted into a scientist’s favorite cell or organism to eliminate a specific gene. CRISPR stands for Clustered Regularly Interspersed Short Palindromic Repeat. With tinkering, it can shut down transcription from a gene, edit a gene, and even theoretically at least, wipe out a species. CRISPR may have important medical applications, eliminating or repairing disease genes.

Synthetic biologists, like Eric Klavins and his colleagues at Washington State University, attempt to engineer living things to carry out machine functions, such as computing. This group recently reported advances in making computer circuits in living cells, known as biocircuits. These circuits have the advantage of avoiding some of the messiness of living systems.