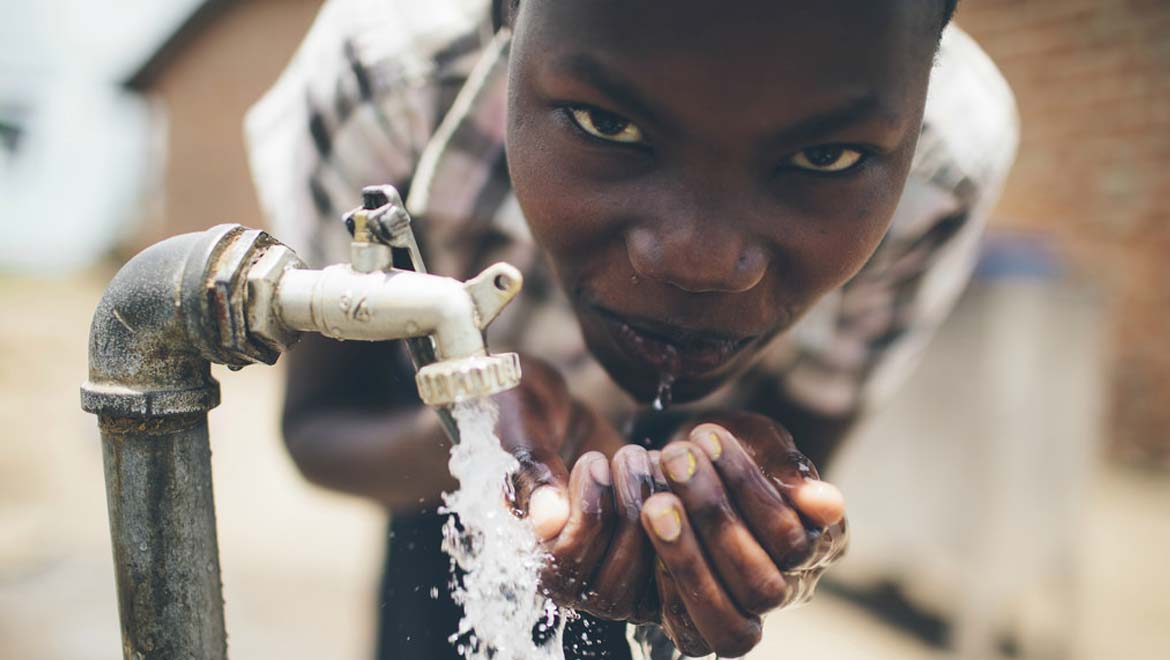 For most of the last century, humanity has become largely dependent on antibiotics to keep wounds and immunocompromised tissue free of dangerous bacterial infections. These novel chemicals initially experienced huge success in tackling these contaminations. However, over time, a number of bacterial types, or strain, have evolved molecular strategies that invalidate the actions of many antibiotics, particularly older ones. This is known as antibiotic resistance, and is responsible for the rise of widespread strains such as MRSA. As a result, medical researchers and practitioners have given serious consideration to anti-bacterial treatments that pre-date antibiotics. These solutions are associated with the ability to combat bacteria on a historical or traditional basis, or on that of earlier scientific work. Some of these classical methods have seen a renaissance in their study and development, and have been found to be reliable alternatives to antibiotics. Silver is a prime example of such an ancient anti-bacterial agent.

Silver as an Antibacterial Agent

The use of silver to control bacterial infection or contamination has been observed in a number of older cultures and civilisations. For example, Persian nobles favoured vessels and containers made of the metal, as they observed that it kept water fresher for longer. At a molecular level, silver attacks bacteria, so is known as a microbicide. It achieves this by attaching itself to bacterial membranes, which are the border between an individual bacterium’s living contents and the outside environment, much like the walls possessed by human cells. Alternatively, silver particles can disrupt a bacterium’s ability to derive and use biological energy, which it needs to move around and multiply. Silver molecules can also shut a bacterium down by inactivating its DNA.

These microbicidal properties have been observed for decades in formulations containing silver, and resulted in their use as antimicrobial preparations and wound-protecting solutions. Examples of these compounds include silver nitrate, and its more modern derivative silver sulfadiazine (SSD). These formulations were a popular source of antimicrobial topical treatments and dressings, for injuries such as burns prior to the rise of antibiotics. Medical research has found that these products are associated with enhanced recovery from wounds, improved healing, reduced bacterial infections and even reductions in pain when compared to alternative or absent treatment.

However, silver dressings and creams have also been linked to drawbacks such as the need for frequent re-application and/or dressing replacement. This is due to the high probability that silver will react with the body’s electrolytes, such as chlorine, which inactivates its beneficial properties. SSD has demonstrated improvements in this area, however.

The use of silver may also have some side-effects for patients. It may deplete electrolyte levels as it reacts with them, which increases the risk of adverse effects. Electrolytes are necessary for the proper function of some organs, particularly the kidneys, as well as the gastrointestinal system and the nervous system. Their depletion, also referred to as an electrolyte imbalance, in mild to moderate forms may lead to lethargy and discomfort, or to neurological deficits. In its most severe form, it can cause organ damage.

In addition, silver may affect skin cells in some of the same ways in which it affects bacteria; it may damage skin cell walls and deprive them of energy, thus leading to their death or damage. This may manifest as irritation or damage in skin to which silver formulations have been applied. On the other hand, silver needs to be present in much higher concentrations to affect skin cells relative to those needed to be microcidal. These side-effects, as well as the problem of reaction, may be further resolved by the advent of silver microcrystals or nanoparticles, which deliver silver in nearly-atomic or improved molecular conformations. They can aim for their targets on bacteria, or infiltrate them, with greater ease and accuracy.

Microcrystals and nanoparticles may need to be incorporated into a matrix made of a material such as charcoal, polymers or hydrocolloids. Hydrocolloids are compounds that form gels in response to exposure to water. This could impact on their dispersion and ability to affect bacteria in the environment they have been introduced to.

Delivery as part of a matrix is a problem for another promising application for silver nanoparticles, which is the antibacterial treatment of water or aqueous environments. Although silver could be effective against water-borne bacteria, it would need optimal dispersion through the water, in order to exert beneficial effects on water purity and reduce any potential side-effects in humans exposed to them. Therefore, their attachment to other devices at a similar scale could unleash the potential of silver as a disinfectant in aqueous environments. 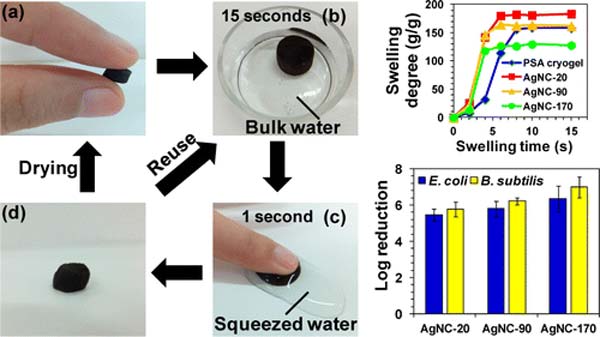 Microbots such as ‘Juno’ may be a good partner for silver in contaminated watery environments. These devices are not really tiny robots with moving parts, but rather tiny objects made of layers of different metals that confer desirable properties. They consist of a micrometric magnesium-rich core, which acts as a substrate for other layers and also emits hydrogen bubbles to propel the microbot along in a solution. Juno microbots also have a layer of magnetic iron, which allows a researcher to collect them after use. There is a gold layer on their surfaces, which help them attach to bacteria and deliver nanoparticles. In addition, gold also has some microbicidal activity.

A team of researchers from the Max Planck Institute for Intelligent Systems, the Institute for Bioengineering of Catalonia (IBEC) and the Catalonian Institute of Research tested the efficacy of a combination of Juno microbots and silver nanoparticles in clearing E. coli bacteria from contaminated water. The silver nanoparticles were placed on the microbots’ surfaces. The microbots enhanced the ability of the nanoparticles to access and invade the bacteria, and were shown to kill 80 percent of the bacteria in 15 minutes. The nanoparticles and microbots were able to effectively bind to the bacteria, so that they could be removed when the scientists, led by Dr. Samuel Sánchez, collected the microbots. These results are impressive, especially in comparison to a kill rate of 35 percent under the same conditions for a more conventional combination of nanoparticles and a colloidal compound.

This promising study indicates the potential of silver nanoparticles, most likely dotted on the surfaces of microbots, in tackling the major global health issue of contaminated water. Dr. Sanchez’s team’s results require confirmation, followed by upscaling and refining, to be a solution to this problem. However, it does appear to be an elegant and intriguing method of water treatment that does not require antibiotics, and thus avoids the risks linked to their resistance. 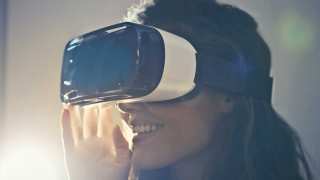