The rising levels of CO2 in the atmosphere is an ecological issue that contributes to global temperature changes and impaired air quality. It has been evident that humans are producing more CO2, in the form of fuel and electricity, greater than the natural world is equipped to cope with.

Many researchers have attempted to detect and reduce this gas' emissions from industrial sources in different ways. One of them was by developing filters that capture CO2 rather than allow it to escape into the environment. These systems have been made out of materials such as graphene or metallo-organic compounds.

However, it appears that there is a new source of competition, made by a group engaged by the US Department of Energy. Their mission is to deliver environmentally-friendly solutions for factories and other industries.

The researchers, thus, created the newest prototype - a membrane that captures CO2 and neutralizes it, using a biologically-inspired reaction.

Sandia Laboratories is a federally-funded research and development center that develops technology to improve and conserve the environment in the United States. This group has partnered with researchers from the University of Vermont (Burlington), Angstrom Thin Film Technologies in Albuquerque and the University of New Mexico (Albuquerque) to develop their latest product.

The innovation is an ultrathin membrane composed of pores, housing an enzyme (carbonic anhydrase) that converts CO2 into carbonic acid. Each pore can store up to four molecules of this enzyme, while still allowing for the retention of normal structure and function.

The development, manufacture, and testing of this membrane have been documented in a recent edition of Nature Communications. 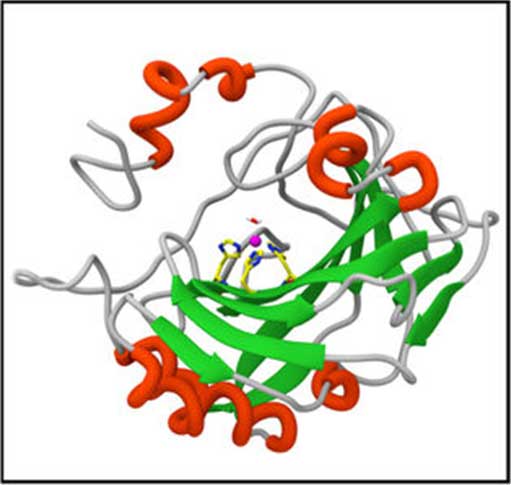 The membrane, which is made using a type of silica and a material called Anodisc (helps form the pore structure), also retains water using stabilizing forces. This factor is necessary for the carbonic anhydrase reaction.

This enzyme - found in nature and converts CO2 and water to carbonic acid - was then introduced onto the membrane in a liquid medium. The membrane was found to be capable of taking the enzyme into its pores through capillary action and keeping them there using the relevant forces.

The final membrane created was about 18 nanometers thick with a dense array of 8nm-wide pores. The researchers termed the results as a 'memzyme' due to the high concentration of carbonic anhydrase. They reported that these levels were ten times those found in a conventional solution. 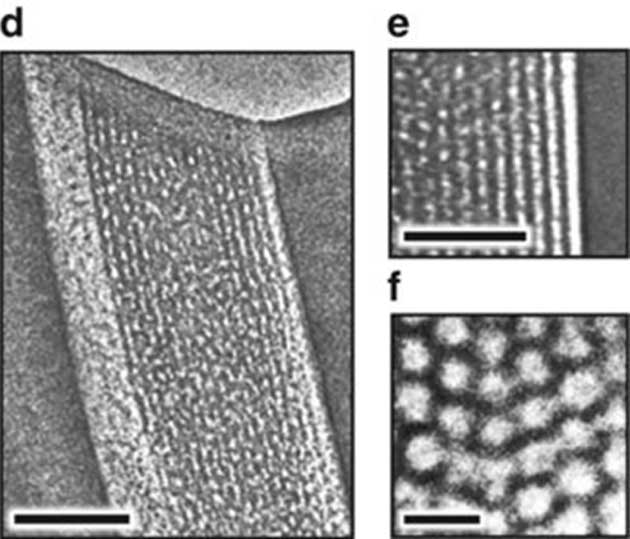 The researchers also claimed that their memzyme was highly selective for CO2, and also discriminated well between carbon and nitrogen or hydrogen in sample gases. A complete memzyme was also seen to capture the gas at ambient pressures and temperatures, at the rate of 2600 gas permeation units (GPUs; a unit of gas flow comprised of actual gas content in cm3 and pressure in Hg).

The memzyme selected for CO2 over N2 was at a rate of up to 788 flux, and at 1500 flux over the hydrogen gas. These numbers were regarded as superior to a majority of membranes or polymers developed, in the past, for the same purpose. 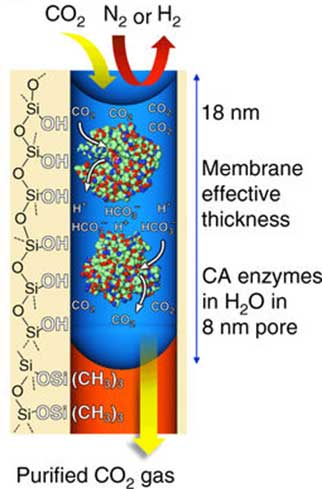 Therefore, the researchers estimated that their memzyme had the capacity to remove at least 90% of the CO2 from industrial emissions. One of this included smoke released from running coal-fired power stations.

The researchers also noted that the cost of implementing and using a memzyme-based purification system fell within the US Department of Energy's upper limits for such expenditures. The numbers were between 20 and 40 dollars per ton of carbon released, even though the memzyme comes in at the top of this range.

But it is possible that these costs may reduce with time, since the memzyme already meets the GPU and selectivity requirements to satisfy the cost criteria.

The researchers also noted that this new membrane could be superior to existing CO2-capturing filter materials in terms of thickness and regularity of pore array.

However, there are prominent exceptions to this rule: zeolite-based membranes also under development for similar gas-purification applications. These membranes are technically capable of capturing CO2 at a GPU of up to 17,000. But they have relatively little selectivity for H2 (approximately 200) and need to be operated at higher temperatures and pressure.

Therefore, a memzyme, which can function at temperatures of 30 to 40 degrees Celsius and about 1 bar of pressure, may be more cost-effective in the long run.

A new prototype membrane has reportedly been able to isolate the CO2 from industrial emissions with high efficiency (in GPUs) and selectivity. The thin layer does so by harboring considerable concentrations of the enzyme, carbonic anhydrase, in its regular confirmation of 18nm pores.

Carbonic anhydrase is present in a wide range of natural sources, including RBCs, to convert harmful or excess CO2 into carbonic acid. Although, the researchers of this project extracted the enzyme from a bacterial source.

This membrane, or the memzyme, is ultra-thin and can operate at acceptable costs. It is these properties which may render it superior to emission-treatment solutions currently in the market, in the US.

The product has been developed in conjunction with Sandia Labs, a contractor of the Department of Energy. Continuous development and deployment of the memzyme could help reduce the tons of greenhouse carbon dioxide gas being released into the air, every year.