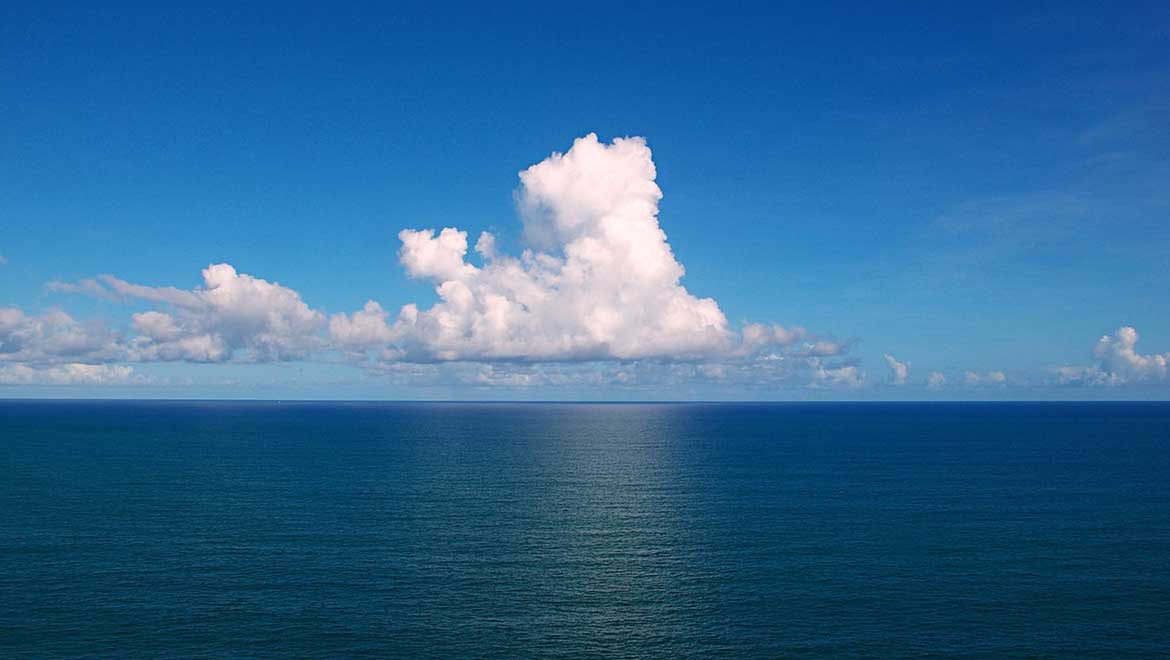 Why is water so abundant on Earth, especially when it tends not to be so on other planets in our solar system?

There are a number of theories that may explain how the planet got its surface water. The scientists behind this particular hypothesis think of the total sum of this water as a singular planetary ocean. Besides this, there is at least one more global ocean on the planet, which is found in the Earth’s mantle (or inner layer) dissolved among its rocks.

The question of how this water (and its liquid surface-dwelling counterpart) came to be here could be fundamental to life and also to the possibility of life elsewhere in the universe.

First, How Did the Earth Get Hydrogen?

Most models constructed in the attempt to answer the above question focus on how the hydrogen in water arrived. This is because oxygen was clearly abundant on Earth; therefore, all the planet needed was a smaller element (i.e., hydrogen) to react with in order to produce water in significant amounts. Therefore, tracing the path of this hydrogen onto Earth through the ages leads to an explanation of how the global ocean came into existence.

These oceanic-origin models concluded that the hydrogen originated in the solar nebula, an initial stage in the development of our solar system. It arrived on early- or proto-Earth through the ability of the iron in this cosmic body to attract and absorb hydrogen (a process known as in-gassing) as it gradually cooled and formed the rocky parts of the planet over time. The bound hydrogen would thus be exposed to the oxygen in the atmosphere (or proto-atmosphere) and begin the process of ocean-formation.

The solar-nebula theory of hydrogen donation may be an adroit and elegant way of explaining the presence of all the water on Earth. However, models generated on this basis sometimes have significant problems. For example, one resulted in the formation of oceans equivalent to about ten times the ones the Earth could possibly hold. Therefore, the hypothesis as a whole needed some work.

A new model along these lines has incorporated the arrival of hydrogen from the solar nebula in a more realistic way than ever before. It also involves the ‘hierarchical’ theory of planetary formation in this solar system (and possibly, others in the galaxy and beyond).

This theory generally states that the Earth was formed out of relatively tiny proto-planetoids. They are known as planetesimals, and could also be thought of as planetary 'zygotes.' These planetesimals were slammed together into planetary 'embryos,' each the size of Mars at the most, as the solar nebula resolved itself into solid bodies. These embryos collided, in turn, to form a single planet.

In the case of the Earth, this activity resulted in the formation of an ocean of iron-rich magma that completely covered the surface of the developing world. The planetary embryos may also have exhibited their own magma oceans prior to the collision. But where does the part about hydrogen appear?

The new model, developed at the Schools of Earth and Space Exploration (SESE) and Molecular Sciences at Arizona State University (ASU) by Professor Peter Buseck and his team, allowed for hydrogen in-gassing via secondary ‘donors’ such as comets or asteroids. This would result in just enough hydrogen to generate about four to five Earth-sized oceans’ worth of water at the most. 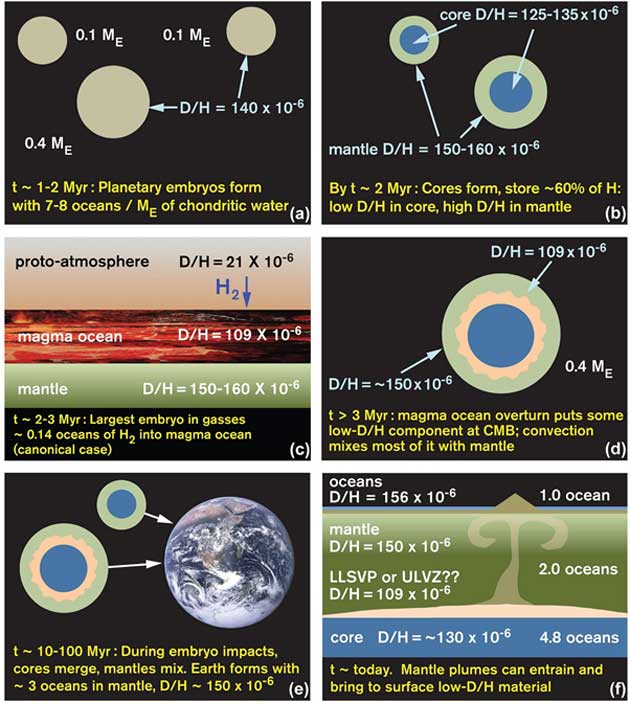 A diagram outlining how the hydrogen found in samples from the Earth’s mantle may have gotten there. (Source: J. Wu, et al. (2018), Journal of Geophysical Research: Planets; ME: mass of Earth, Myr: millennium)

How the Hydrogen was Traced

Professor Buseck’s model was also indicative of the hydrogen being in-gassed by the planetary embryos that formed the Earth as well as proto-Earth.

The team tested their theory by matching the hydrogen found here with other known hydrogen ‘reservoirs’ elsewhere in the solar system.

This was done by calculating the ratio of deuterium to ordinary hydrogen; deuterium is a form of hydrogen that also contains a neutron in addition to the usual single proton.

Given that the metallic elements in a rocky cosmic body have individual preferences for hydrogen-binding over deuterium-binding, they tend to have a characteristic deuterium/hydrogen (D/H) ratio. This formula also helped the scientists to tell where a certain sample of hydrogen gas came from, originally. For example, the D/H ratio associated with comets tends to be around 300 parts per million (ppm).

The hydrogen tested by the Buseck team, however, turned out to have a D/H ratio of approximately 150 ppm. This corresponds to the ratio found in asteroids.

Therefore, the model indicated that the embryonic and proto-Earths derived their hydrogen from passing asteroids, as the eventual planet developed. This enabled it to form its surface (and mantle-bound) oceans over the millennia. 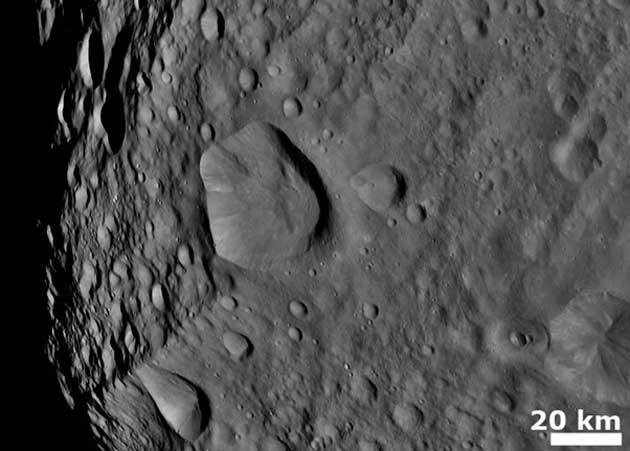 Asteroids have their own particular D/H ratio. (Source: NASA/JPL-Caltech/UCLA/MPS/DLR/IDA)

Next Steps for the New Ocean-Forming Model

This new model could also now be applied to other bodies found in the course of exoplanet-hunting missions such as Kepler’s. Currently, there are about 3,800 such candidate planets that we know of. Now, there may be a possibility that these bodies have been or are capable of hydrogen in-gassing just like the early-Earth. This implies the possibility that one or more of these worlds could form their own surface ocean – or, alternatively, that they could be sources of hydrogen for the space-faring human crews of the future to generate the water or fuel they may need.

All in all, this new model of oceanic formation is an enticing, open door for the next generations of astrobiologists and astrophysicists.

Top Image: A new scientific theory suggests that we owe the existence of our planet to passing asteroids, early on in the Earth’s history. (Source: Wikimedia Commons) 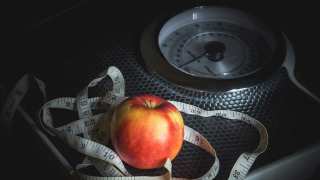