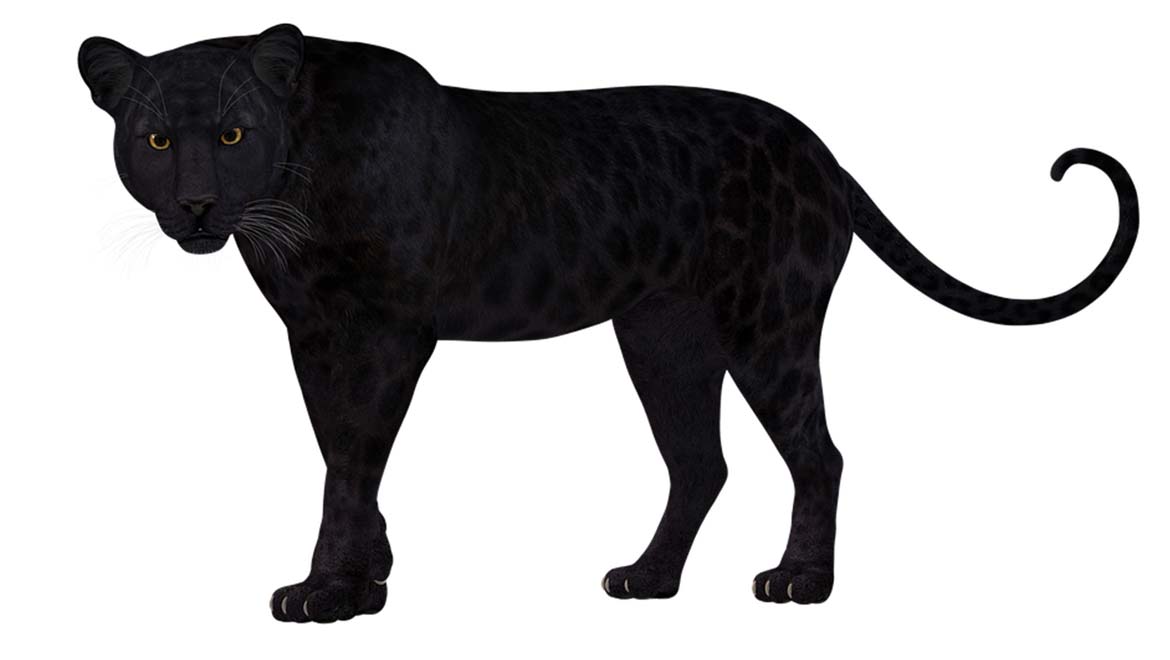 Popular culture and preferences have often led us to call a certain African big cat, a panther. However, these animals are in fact leopards - essentially genetically similar to the famously spotted felid, Panthera pardus. This animal may be perceived as separate from the rest of its species due to its striking black color. However, the panther is only black because of a single mutation in the gene for a certain protein. This confers melanism, or increased dark pigmentation in its hide, on these leopards.

Panthers may not be a distinct species; however, they are extremely rare in their native habitats, which are largely found in Kenya. This may be because of the low prevalence of their ‘melanism’ gene. However, unfortunately, it may also be due to the poaching and hunting of these animals by humans who value their rare phenotype as a trophy or commodity.

Therefore, sightings of these black or ‘melanistic’ leopards are rare, to say the least.

It seems that this situation has improved slightly, as of late.

The wildlife photographer, Will Burrard-Lucas, has documented the successful capture of a black leopard in Kenya’s Laikipia Wilderness Camp.

Naturally, Burrard-Lucas did not actually apprehend the big cat; his trap was made of high-quality camera equipment. He has posted the resulting images of the beautiful animal on his blog. These photos are now being referred to as the finest trap-photographs taken in the last 100 years.

These materials are also of a sufficient standard to be considered scientific evidence of the black leopard’s existence and typical behavior. They contributed to a recent article on the subject published in the African Journal of Ecology by Nicholas Pilfold, a conservation researcher with the San Diego Zoo, and his colleagues.

The researchers have judged from the images that the black leopard is a female on the edge of adulthood. The cat was pictured at night, which resulted in stunning contrasts between the dark background and her eyes. Some of her new pictures are lit artificially, whereas some others use the light of the moon to good effect.

How Did the Leopard Become Black?

The ‘new’ black leopard’s inky appearance is conferred by a mutation in the gene for the Agouti signaling protein (ASIP). This mutation is conserved across various big cat species in Africa and also elsewhere on Earth. They include the Asian golden cat (Pardofelis temminckii), which lives in countries such as Thailand. Melanism in the leopard is associated with a single-nucleotide polymorphism (SNP) in ASIP, which can completely abolish the protein product’s function via a nonsense mutation. P. temminckii exhibits a different SNP, however, which alters one amino acid in the protein’s sequence. But this mutation may also disable the ASIP protein.

As a result, the ‘black’ leopards or golden cats can completely lose the ability to express the spots or pigmented rosettes for which these felids are famous. On the other hand, the effect can be incomplete in some animals, so that they do have some gold or rosettes in their fur among the prevailing dark pigmentation.

On the other hand, this black leopard, photographed in Laikipia, appears to have little wild-type pigmentation, especially compared to a second, ‘normal’ leopard also captured by Burrard-Lucas’ equipment. 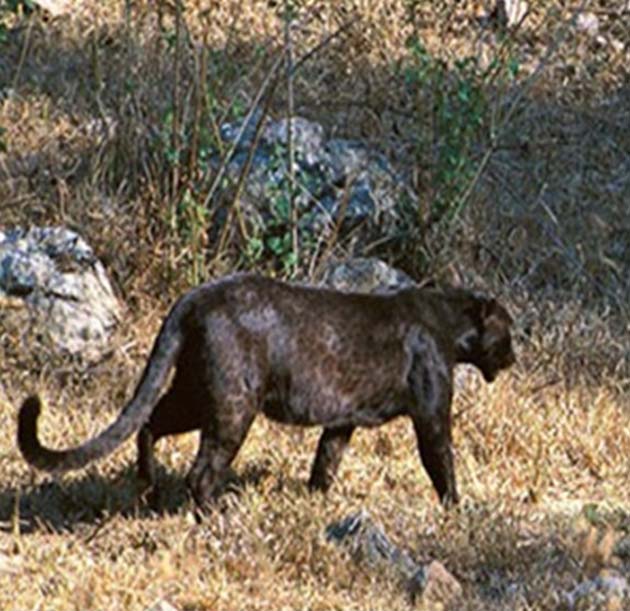 The photographer’s work has not been received well by all. Reports have indicated that locals living near the Wilderness Camp have also captured black leopards in the recent past and posted them to regional and national media, only to have them ignored on the more global stage. The actor Lupita Nyong’o has also amplified these concerns on Twitter. The new images, on the other hand, have arguably had more worldwide coverage since their release in early 2019.

However, Burrard-Lucas has also been careful to acknowledge this work in his blog and to state that he was only able to set up his trap with the help of local guides. Then again, he also asserts that only his work was of research quality. In addition, Pilford et al. also note that, of all the recent local black leopard sightings, only one has been validated in academic literature.

These are not the only concerns Kenyans may have with respect to the black leopard’s new public profile. Some of them may worry that her newfound fame will bring nefarious interests such as those of poachers into the Laikipia area. Luckily, these activities are banned under national law. Hopefully, these measures will keep the rare black leopard safe from human-made harm throughout her life.

Top Image: There has been a confirmed black leopard sighting in Kenya. (Source: Pixabay)