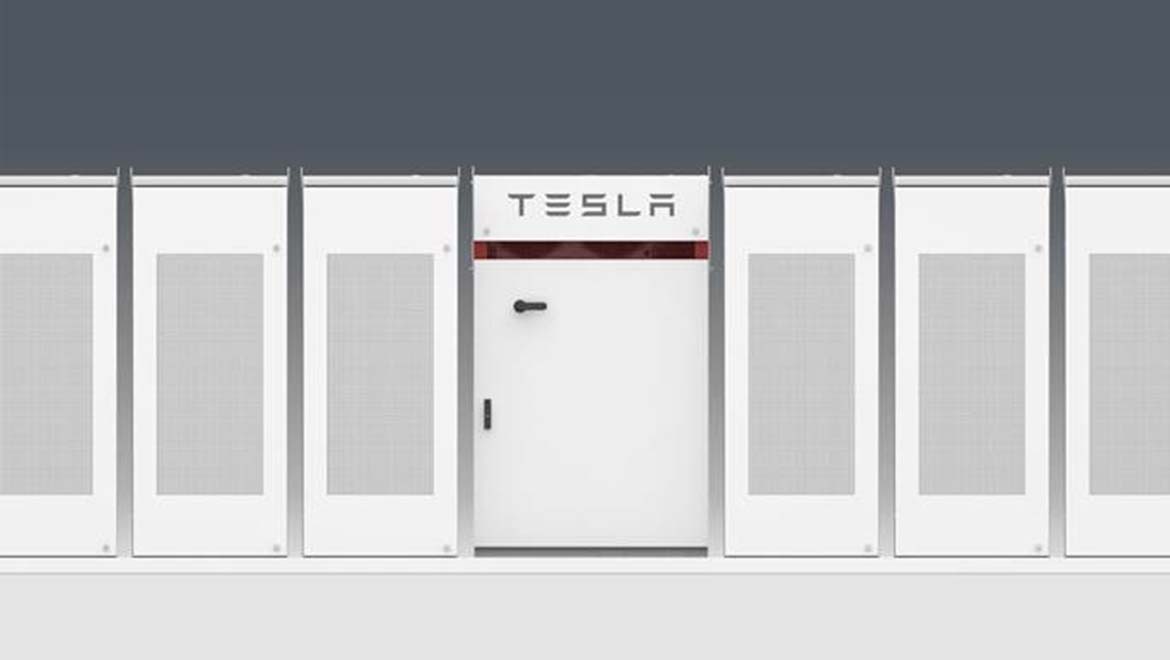 Tesla may appear to be in some trouble these days - their new electric vehicle, the Model 3, is way behind schedule in terms of production, with some customers even canceling their pre-orders over the delays.

However, the alternative-power company also seems to have made some deals that may help cover any shortfalls from their electric-vehicle division. The part of the company that makes lithium-ion batteries for large-scale storage, for example, appears to be doing fine.

The Bet – Tesla vs. Australia

Elon Musk, the CEO of Tesla, recently garnered media attention, by making a very public bet with an Australian billionaire, about one of Tesla’s newest commissions. This installation, which is also in Australia, is a vast array of batteries that can store 100 megawatts. The power would come from the Hornsdale Wind Farm, which has been built in South Australia in response to the country’s increased commitment to renewable energy.

However, this measure did not stop a series of blackouts and power outages in 2016, which some Australians blamed on the wind-powered plant and inconsistencies in its output. This is where a tender to build a storage plant alongside the farm came in.

Musk boasted that his company could deliver this plant in 100 days, or Tesla wouldn’t charge for it. This statement was made in a tweet to software mogul, Mike Cannon-Brookes, who, as an Australian, had a personal level of interest in Hornsdale and its success.

It was quite an ordeal to make, and the thought of what would happen if Musk were to lose was interesting.

At an estimate of “$250/kWh [per] 100MWh+ system,” (a statement also attributed to Musk and directed at Cannon-Brookes) that would put Tesla out to the tune of approximately $32 million.

However, Tesla made the alarming deadline, and Hornsdale had its storage solution and Australia pay up. 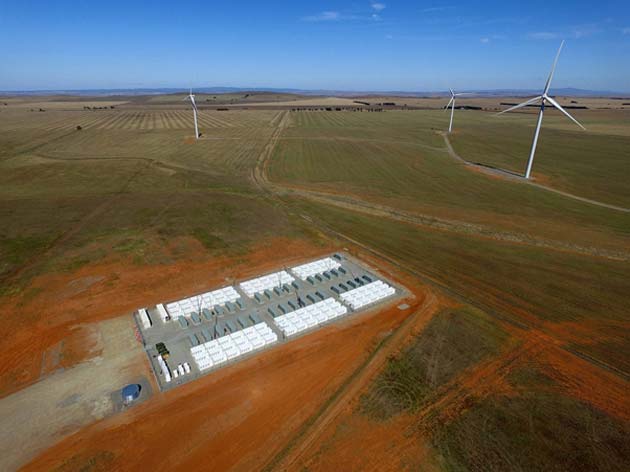 The Hornsdale Wind Farm with the Tesla battery installation in the foreground. (Source: David Clarke @ flickr)

Despite Musk’s public antics, the company also went through the formal channels of bidding for a piece of the overall Australian public energy development fund in order to build the South Australian installation.

But it seems that neither feat hurt businesses, as Tesla now have an order for another, even bigger, storage facility based on their lithium-ion batteries.

This project is based in California and was a part of the U.S. state’s call for tenders to build one-quarter of its next-generation energy solutions. The other three-quarters are to be set up and operated by third parties; however, Tesla’s contribution would belong to Pacific Gas and Electric (PG&E), California’s own utilities entity.

This battery installation will be located at PG&E’s Moss Landing site in the Monterey area. It is currently projected to have an output of 182.5 megawatts over four hours (which equates to 730 megawatt-hours).

However, some sources claim that this discharge could be stretched out to six hours, which would mean the new Tesla installation could yield as much as 1.1 gigawatts.

This massive figure is not even the biggest linked to the project; a competing energy provider, Vistra/Dynegy, is responsible for another quarter of the overall storage tender.

Some reports claim that its proposed battery grid will deliver 300 megawatts over four hours, or 1.2 gigawatts per hour.

When Can We Expect It?

On the other hand, these two projects, as well as two smaller planned battery plants, are all still subject to approval from the California Public Utilities Commission (CPUC). Should the CPUC green-light the entire project, Vistra/Dynegy estimate that their installation will be complete by 2020.

Tesla is less communicative about their timelines for this project, but it will be interesting to see if the company can equal the speed associated with the Australian project.

In addition, Tesla has an established track record for project completion and installation in California. The organization has already set up their batteries, known as Powerpacks, at the Mira Loma substation in the south of the state. The CPUC will issue its final decision in October 2018.

Battery storage is a potentially crucial component of a power grid that relies on renewables. In California, they are viewed as a valuable back-stop in the event of calm or cloudy weather. Therefore, gigawatt-capacity installations may be necessary for a state with the area and population profiles as that of California.

It will definitely be interesting to see if large-scale storage can make sustainable energy more feasible in the future.

Tesla Is Revving Up to Build the World's Largest Battery Farm in California, 2018, Popular Mechanics, https://www.popularmechanics.com/technology/infrastructure/a22020339/tesla-is-revving-up-to-build-the-worlds-largest-battery-farm-in-california/ , (accessed on 7 July 2018)