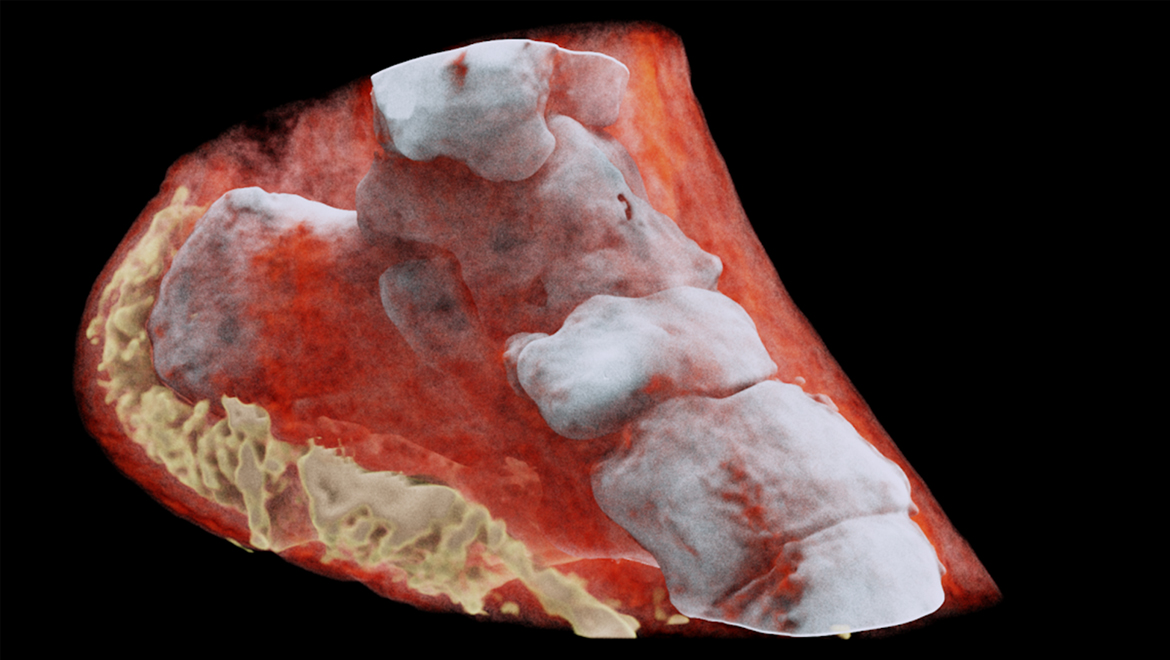 X-ray technology is the oldest form of non-invasive imaging. This method can help create images based on the radiations that pass through the tissues when exposed to them. Therefore, medical X-ray technology can be used to view whole or partial structures, most often the bones.

However, X-rays are relatively basic and can be low-resolution, especially compared to newer, more high-tech modalities. Furthermore, they are uniformly black-and-white in an age of colorimetric 4D imaging. Therefore, X-rays are often relegated as a form of concrete medical diagnosis as opposed to other forms of non-invasive visualization such as PET and MRI.

But, a pair of scientists from New Zealand claims that their new form of X-ray may be the solution to the above problem.

These scientists are also father and son: Dr. Phil Butler and Dr. Anthony Butler, respectively. They work at the Universities of Canterbury and Otago in New Zealand. The Butlers have been working on a new form of an X-ray camera, the point of which is to convert radiological data into colored images.

This data, while not naturally colored, can be represented as such via the spectrum of X-ray passage through a structure of interest. These different colors can, in turn, be assigned to different tissues (which show up as different intensities due to their densities and other properties under many forms of medical imaging). Therefore, bone appears white, muscle red, fat yellow, and so on, according to the new device’s display.

The Butlers also claim that their new camera can also capture disease markers in the tissues that it may evaluate. The device, known as the MARS X-ray scanner, is comprised of an array of Medipix3RX CMOS-based detectors, which interact with a doped cadmium zinc telluride (CZT) high-Z semi-conductor sensor crystal to generate the image.

Unlike conventional computed-tomography (CT) imaging, which can also use X-rays, this detector array works by counting photons rather than detecting intensity. The method can conceivably result in higher-resolution and detail-rich images that the inventors of MARS say their new device can deliver. 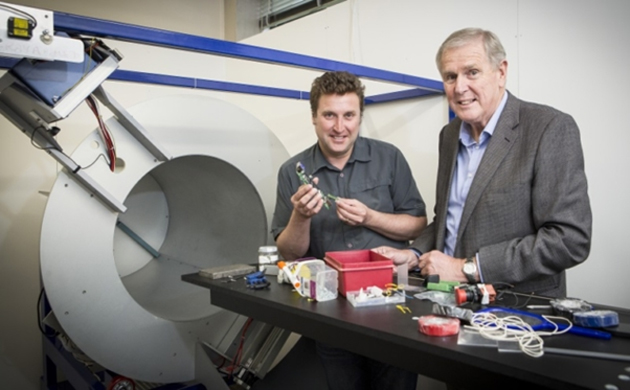 Photon-counting leads to the construction of the necessary spectrum, which can then be converted into the color images. Therefore, it can be said that MARS is, in fact, a form of CT. However, other CT machines are not based on the technology developed at CERN, whereas the Butlers assert that their device was.

These adaptations also make the detectors quantum, which has been optimized "within the human diagnostic energy range" (30-120 keV). Each individual detector offers 128 x 128 pixels, each of which measures 110 x110 μm2. In addition, the images can be extrapolated from multiple data bins, which may translate into high-quality visualization.

Applications of New Device in Medicine

These specifications, however, are still mostly pre-clinical in grade. But this still leaves MARS a broad range of applications and uses. For example, the team has demonstrated the device's ability to pick up disease markers in a sample of bone with osteoarthritis.

MARS may also be used in the preliminary assessment of cancers and other growths. It can also detect conventional markers that are engineered to bind to specific structures or masses, including gold, gadolinium and radioactive iodine.

This novel device can potentially be able to detect specific elements naturally present in healthy and pathological tissues (e.g., calcium).

Therefore, the MARS team have concluded that their new device may be able to assess conditions such as atherosclerosis or stroke.

Additionally, the scanner system is known to be equipped with other common imaging equipment besides the camera. It included a computerized (HP) workstation to generate or work with images, a shielded cabinet to protect its operator and a PACS server rack for image data storage.

MARS is expected to operate within the typical parameters of a conventional X-ray scanner, i.e., it emits a normal, medical-grade dose of 20-80 milliGray radiation, it can interact with additional, optional sensors (e.g., thermosensors) and data can be stored in the standard medical format, DICOM. 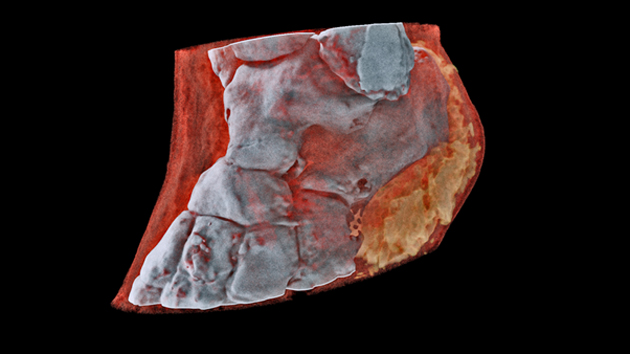 The MARS-generated image of a human ankle, from another angle… (Source: marsbioimaging.com) 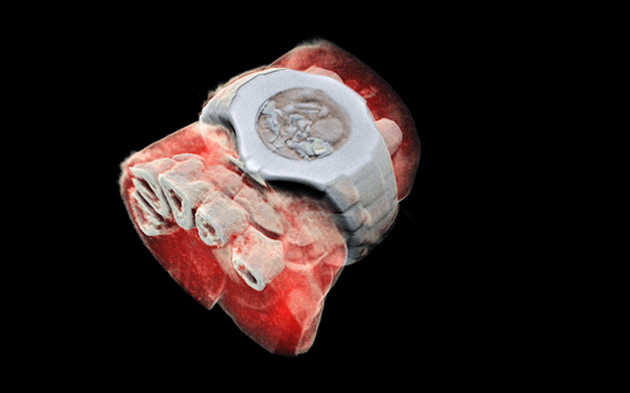 The Butlers have also released images that they claim are associated with the first test of MARS on a human subject. They have displayed this person’s wrist (complete with a watch) and ankle, in full color and detail.

previous article
Underneath an icon cracks the literal criterion
next article
World Record For Quantum Entanglement Has Been Broken!