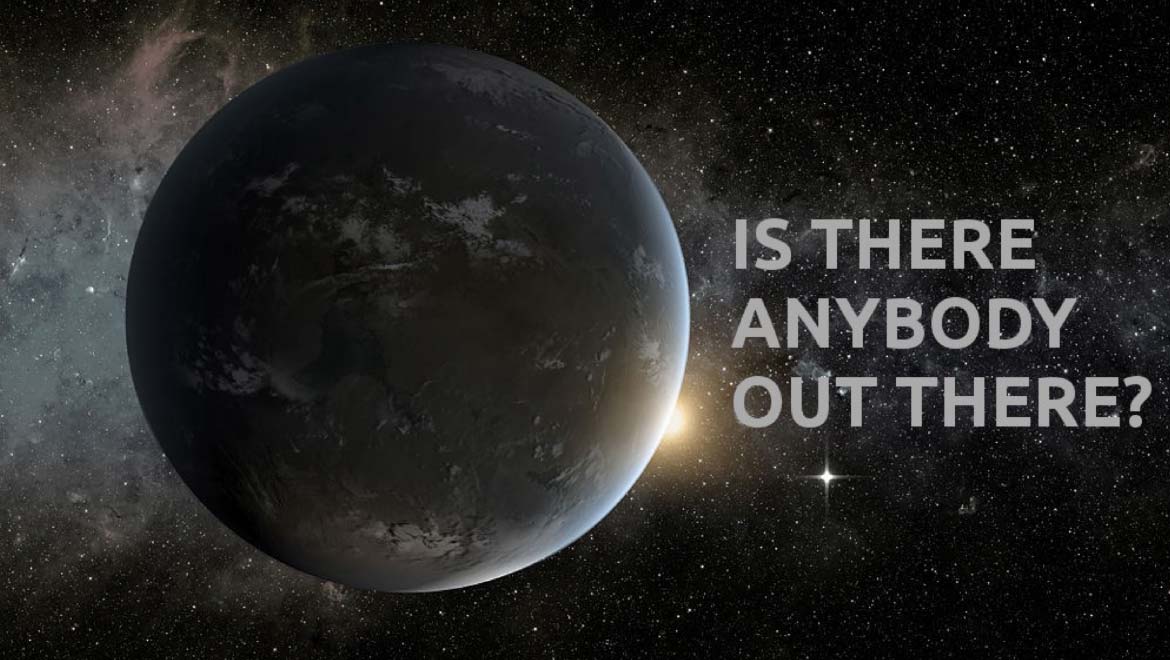 “If aliens ever visit us, I think the outcome would be much as when Christopher Columbus first landed in America, which didn't turn out very well for the Native Americans.” - Stephen Hawking

Fermi’s Paradox refers to the contradiction between the absence of evidence and the high probability estimations for the existence of extraterrestrial civilizations. There is a huge contradiction between the presumed probability of the existence of extraterrestrial life and the fact that contact has not been made. When Enrico Fermi questioned, “Where is everybody?” the answer was not clear, and it still remains a mystery.

Enrico Fermi was an Italian-American physicist and the creator of the world’s first nuclear reactor. He wrote a paper titled: On the Origin of Cosmic Radiation, in which he proposed that cosmic rays arose through the material being accelerated by magnetic fields in interstellar space. Fermi examined the issues surrounding magnetic fields in the arms of a spiral galaxy. With these systematic researches, Fermi mused about what is now referred to as the Fermi’s Paradox.

This paradox is based on four basic sequential points:

• There exist billions of solar-type stars in the galaxy. Many of these stars are billions of years older than the solar system.

• There is a high possibility that these stars, which are similar to the sun, have Earth-like planets, so some probably have developed intelligent life.

• Some of these civilizations may have developed interstellar travel, which our science is now trying to develop.

• Even at the slow pace of currently envisioned interstellar travel, the Milky Way galaxy could be completely traversed in a few million years.

"Fermi realized that any civilization with a modest amount of rocket technology and an immodest amount of imperial incentive could rapidly colonize the entire galaxy. Within ten million years, every star system could be brought under the wing of empire. Ten million years may sound long, but in fact, it's quite short compared with the age of the galaxy, which is roughly ten thousand million years. Colonization of the Milky Way should be a quick exercise." - Search for Extraterrestrial Intelligence (SETI) Institute in Mountain View, California

Other explanations for the Fermi Paradox include extraterrestrials "spying" on Earth, ignoring it altogether, visiting it before civilization arose, or visiting it in a way that we can't detect.

Scientists believe that there could be extraterrestrial life out there, but “where are they?” (Source: Closer to Truth)

The year is 1960. Professor Frank Drake of the National Radio Astronomy Observatory (NRAO) in Green Bank, West Virginia, takes over to find extraterrestrial civilizations. For four months, the NRAO radio telescope listens for radio signals of intelligent origin, but none are found. The expectation that the universe should be teeming with intelligent life is linked to models like the Drake Equation.

The Drake Equation is an attempt to contain all the variables that would be relevant to establishing the number of intelligent civilizations that existed in the Milky Way galaxy and which were broadcasting radio signals at this particular point in time.

An Example of the Drake Equation

The actual Drake Equation is much more complicated, as we can see in its parameters, but most people agree that our best-guess values suggest a vanishingly small chance of the empty galaxy we observe.

The Drake Equation is very important for subsequent research with the appropriate identification and categorization of the relevant parameters. It also accomplishes the task of providing structure to the ongoing debate about the search for extraterrestrial intelligence and the likelihood of its existence. The large degree of uncertainty, associated with so many of its parameters, leads us to a continual journey for one main purpose: to learn.

Top Image: As part of his theory called The Fermi Paradox, the physicist, Enrico Fermi posed the question, “Where is everybody?” (Image Source: The Space Perspective @ Medium)

previous article
Underneath an icon cracks the literal criterion
next article
Can We Use Neuroscience to Stop Food Cravings? Research Describes an ‘Off-Switch’ for Sweet Tooth in Mice