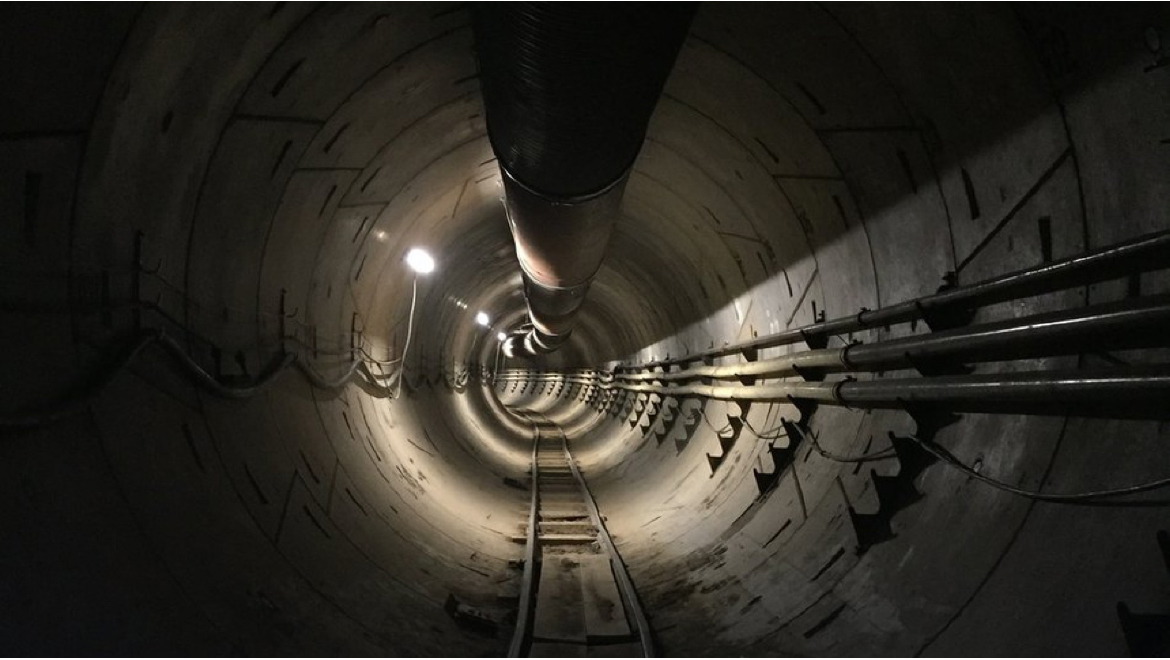 Traffic woes in one of America’s most congested city, Los Angeles? This may not last too long as the potential future of public transit is here!

SpaceX and Tesla chief Elon Musk’s The Boring Company will be finishing the construction of its first test tunnel for transportation underneath LA. Musk took to Twitter, today, to announce the completion date — December 10, 2018.

When Musk tweeted — "The first tunnel is almost done" — it became sensational headlines overnight. He followed this with another tweet that read, “Opens Dec 10.” The multi-company CEO further added that enthusiasts and those wanting to try out this new system could avail free rides on the opening night and the day after.

The completion of this project will enable all types of commuters to travel at the speed of 155mph in the two-mile tunnel. The Boring Company’s website states that the initial ‘Test Tunnel’ will be situated in Hawthorne, CA (between downtown LA and Torrance, and underneath the SpaceX headquarters).

There is also mention of a “loop,” which slightly different from the previously proposed Hyperloop, will use an autonomous electric platform called “skate.” These machines will reportedly, along with magnetic rails, be able to carry eight to sixteen passengers on a single vehicle or a single-passenger car that has been driven onto it.

Test run of a Model X in the proposed tunnel located in Hawthorne, CA. In real, the vehicles will be traveling much faster. (Source: The Boring Company/YouTube)

Musk added that while the first few rides could be free, commuters will have to pay to travel in the electric pods, but this cost will be very affordable, cheaper than a bus ticket, it is believed.

Loops and Hyperloops — Will It Happen?

In 2017, the typhoon, Musk described his dreams of connecting New York City and Washington DC through his “underground Hyperloop” system. While it has received praise and criticism alike, the project has been approved by the Trump government. Similarly, another hyperloop tunnel complete with pressurized pods is anticipated to be built between LA and San Francisco sometime next year. The construction company says that the “digging” is already underway.

In August of last year, among much skepticism, Musk shared a photo of a Tesla S model car in the very same Hawthorne tunnel. 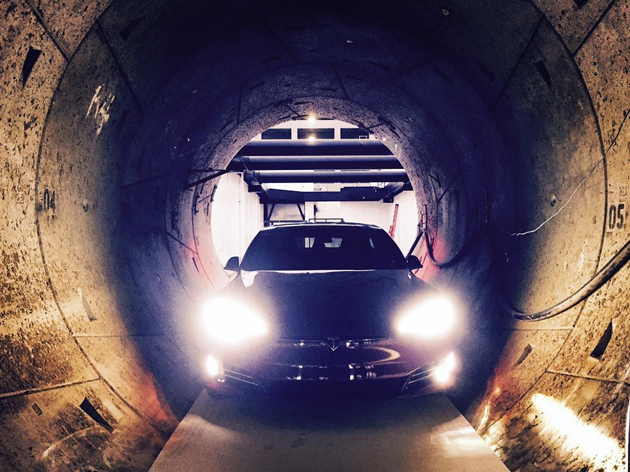 The Tesla Model S at the entrance of The Boring Company’s Hawthorne ‘test tunnel,’ as shared on social media by Elon Musk himself. (Source: Elon Musk/Instagram)

Then, in June 2018, Boring Company was selected to build a transit link between Chicago’s O’Hare airport and the city’s downtown area. This was, of course, controversial as the entire enterprise was indicated to cost about $1 billion.

A few months later, the creators decided that they would build a second tunnel in LA in order to transport people, especially Dodgers fans, between Los Feliz/East Hollywood and the stadium in just four minutes! This idea — nicknamed “Dugout Loop” — will apparently charge users only $1 per ride.

Both Boring & Musk appears quite confident that they can materialize their plans into this large-scale infrastructure project. On the other hand, transportation experts predict some challenges in view of California’s extensive environmental review process.

Whether or not these tunnels and plans will ultimately come to fruition is still unclear, but it is certainly a positive step towards incorporating technology for the purpose of combating traffic and congestion in crowded cities, and also in bettering the quality of our lives. However, one thing seems certain — if the high-speed tunnel succeeds, it will become the transportation of choice for many.

previous article
Underneath an icon cracks the literal criterion
next article
Origin Of Life: Simple Chemicals On Early-Earth Can Produce RNA’s Building Blocks