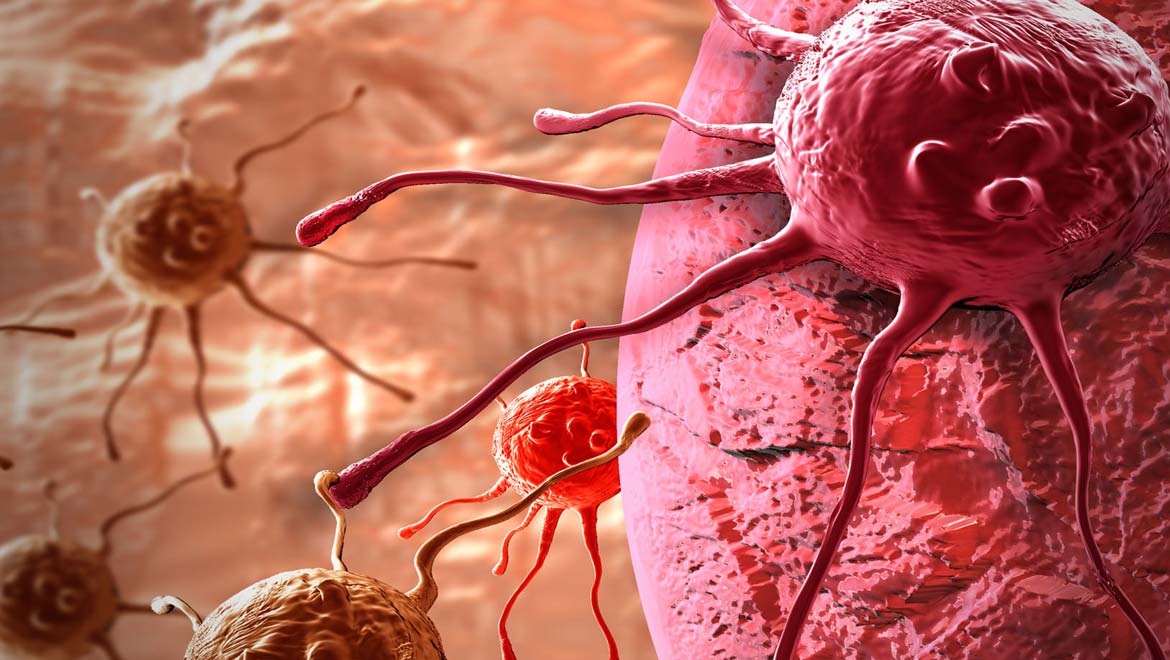 The risk of developing many different forms of cancer may be strongly associated with age. Some scientists even agree that there may be a “power law” that connects increasing age to increasing susceptibilities to cancer. However, a new study, conducted at Dundee University, disrupts this theory with evidence of a new statistical link between thymic functions and the age-related risk of cancer. This new data may be the basis of a new, immune system-based hypothesis to be used in the study and treatment of relevant diseases.

The rate at which potentially cancer-causing (or oncogenic) mutations in genetic material arise over time in living cells is currently taken as the explanation for growing cancer risks as humans age. This has resulted in many models of how cumulative mutations (or groups of mutations that act in synergy) are associated with the development of several cancers that are more common in older age. Some of these are complicated and depend on big data of the gene-sequencing variety to fit real-world cancer cases. However, they do not explain why the immune system, which should be capable of finding and eradicating cells that acquire so many mutations, fails to eradicate them. many studies have shown that T-cells, a type of white blood cell, act to seek out and destroy cancer or pre-cancer cells in vivo. Therefore, the fact that cancer develops in older age suggests that T-cell activities are associated with this process.

T-cells are produced by the thymus, which is a gland located in the upper chest cavity. It produces the immune cells (as well as some hormones and other molecules) which then circulate throughout the body, patrolling for foreign and neoantigenic (i.e. potential cancer) cells. Unfortunately, the thymus also undergoes a form of senescence, or decline over time, in which the active thymic epithelium is replaced by adipose tissue. This ‘involution’ (or atrophy) of the thymus means that the numbers of new T-cells available to scan for potentially dangerous cells become smaller and smaller over time. Some studies have reported that human thymic involution can be initiated as early as the first year of life.

These observations have led to theories that explain why people are more susceptible to infectious disease in their more senior years. A research team from different universities in Dundee, Edinburgh, Paris and Malaysia now assert that they also apply to the age-related risk of cancer. Led by Dr. Sam Palmer of the School of Life Sciences at Dundee, they based their claims on the results of previous epidemiological studies that show how both cancer and diseases related to infectious agents increase in incidence with age. They also point out that some models based on the ‘accumulating mutations’ theory fit poorly with actual cancer incidence data, but might perform better if thymic involution was taken into account. In addition, some recent trials of immunotherapies incorporating T-cells for cancer have reported encouraging results.

Therefore, the researchers created a new algorithm based on two assumptions: that the risk of pre-cancerous cells is constant across all ages, and that there is a threshold at which the population of T-cells is no longer sufficient to destroy these cells. Therefore, a gradual decline in T-cells should be accompanied with the increased incidence of cancer. This necessitated a factor designated the risk of immune escape (R, i.e. of a cancerous cell evading the immune response and being free to develop into a malignancy), affected by a coefficient of thymic involution (set from previous observations to be at a rate of 0.044 per year). This gave rise to two basic models: one stating that the risk increases every 16 years, one in which the risk profile shifted in response to a certain disease-specific ‘pivot age’ (i.e. one at which risks become significantly apparent, which have been worked out for a number of diseases, including cancer), and a power law.

The team began by fitting their model to incidence data for nine well-studied infectious agents (including MRSA, the West Nile virus, Legionella and influenza A). They found that six of these datasets, particularly those resulting in incidence curves with small confidence intervals, fit the second model well with a R2 value of 0.9 or greater. The first and second model also fit the West Nile data well, although they did not do the same for influenza A. Nevertheless, the overall success of the thymic-involution models prompted the researchers to apply it to cancer incidence data. They applied the models to data associated with 101 cancer types, and found that the resultant median R2 of the second model was 0.956. 57 datasets fit this model with a R2 value of over 0.95, thus exceeding the success of the conventional power-law model for cancer-related mutations when applied to the same datasets. This model achieved an R2 of over 0.95 in 48 cancer types, with a median of 0.948. The models also showed that nine types of carcinoma had pivot ages in a tight range (approximately 56 to 61 years), suggesting that this life-stage is particularly clinically relevant to these cancer types.

The researchers concluded, therefore, that the risk of cancer does not increase with age in the presence of mutations alone. Thymic decline over time was a better fit with cancer incidence over time in this study. Therefore, Palmer and his colleagues now recommend investigations into the potential of T-cell or thymic regeneration as a new avenue in cancer treatment or even prevention. On the other hand, these new models should be subject to extensive testing and validation, which may confirm the role of thymic atrophy in cancer development. Such studies may lead to a new and interesting understanding of disease formerly strongly associated with genetic mutations.