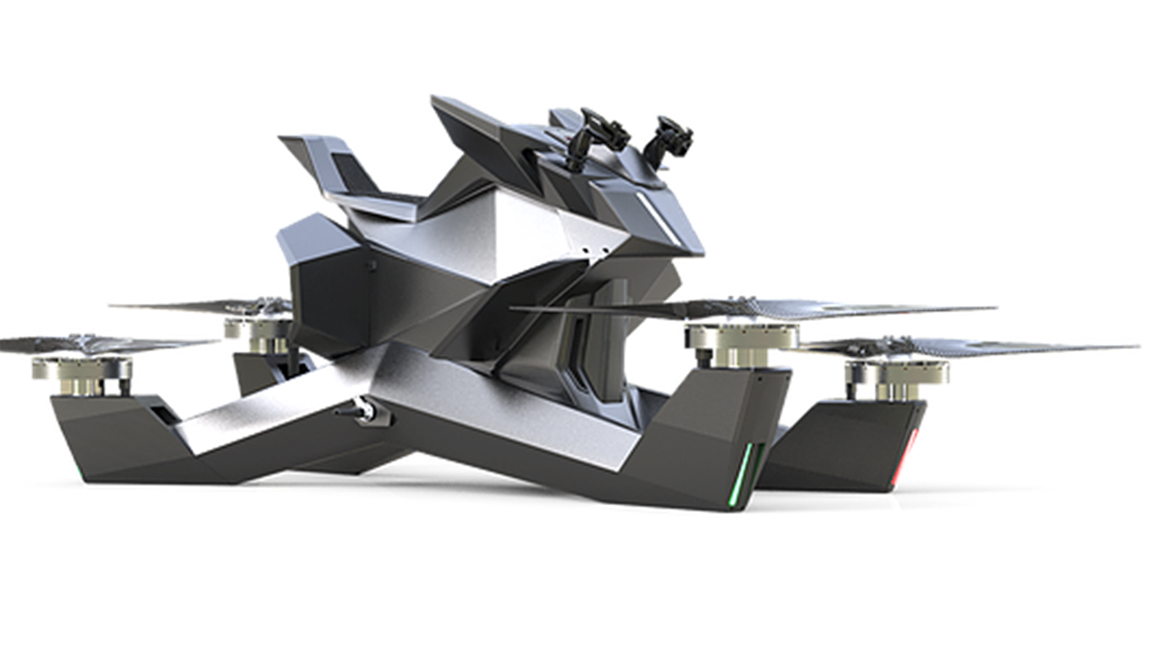 If a flying car doesn't really appeal to you, how about a flying bike? A California company is apparently on the verge of making this dream a reality.

However, much like the flying cars of today, this product too will not come cheap. The company, Hoversurf, claims to have developed their own engines and computerized flight systems to make their ‘aerial motorbike’ effective, safe and manoeuvrable in the air. All this translates into an asking price of $150,000. For this, you get an impressive, drone-like machine capable of propelling you into the air at something like automobile speeds.

What is the Flying Motorbike and Where Does It Come From?

This new type of vehicle is called the Hoverbike eVTOL S3 2019. Its makers, Hoversurf, say that the product is ready for sale.

eVTOL refers to the battery technology found in the product, a form of the lithium-nickel-manganese block that powers the Hoverbike’s four large propellers. Indeed, the vehicle does closely resemble a drone and is even referred to as one in the company’s product-information material. However, this drone is capable of lifting a human (who weighs about 250 pounds or less) up to 16 feet off the ground. This human can sit on the Hoverbike, and control it via front-mounted stalks, much like a regular motorbike. 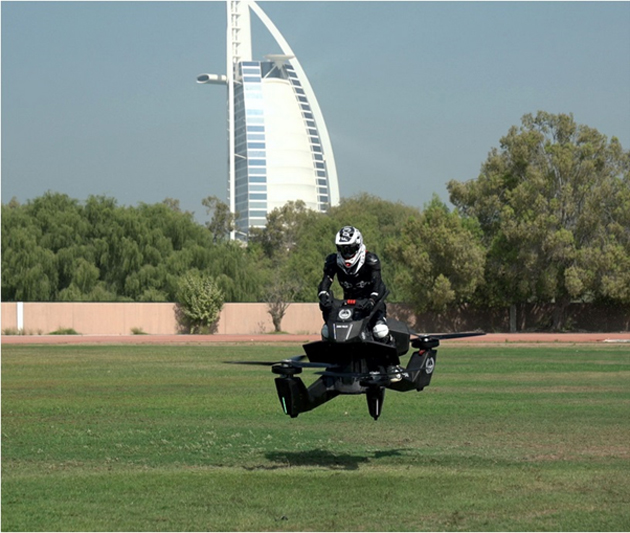 A shot of the Hoverbike in flight. (Source: Howversurf)

Hoversurf claims that their new “personal drone” can fly at up to 60 miles per hour. However, as with many other pro-sumer drones, it can only do so for about 25 minutes at a time. The company asserts, however, that the onboard computer is equipped with the flight-modeling and fail-safes necessary to control the risks of collisions or fatal cut-outs in the air. This modeling is also intended to address other dangers, including wind speed and turbulence while flying.

So, Who Gets to Fly a Hoverbike?

As with Terrafugia’s latest 'flying car,' the Hoverbike does not require that the user have a pilot’s license or other specialist training. Hoversurf commented on this saying that it has been categorized as an ‘ultralight aircraft’ by the FAA, thus rendering its use unrestricted and without the need for certification (in the United States, at least).

However, a potential customer may need the financial flexibility needed to rationalize spending over $100,000 on what is essentially a giant bike-sized drone. These enthusiasts could also be advised to wear a helmet while riding their new flying bikes.

Speaking of flying vehicles, the Hoverbike is not the only product its manufacturer has in mind. Hoversurf also seems to be working on developing flying taxis too. This new type of drone is also powered by eVTOL technology and is portrayed as having an enclosed cabin. The “electric flying car” may be propelled by Hoversurf’s new type of engine, the Venturi. The company claims that this is a hybrid between the engines of an aircraft and helicopter but gains additional jet-stream by sucking ordinary air into it, which, in turn, increases efficiency and reduces noise.

The Venturi’s moving parts are all contained within a carbon-fiber shell, which is intended to boost safety and also reduce the engine’s volume. The company has also apparently secured a patent for the Venturi engine. These may be incorporated into the ‘drone taxi’ (also known as Project Formula) to give it vertical take-off and landing. This vehicle is also described as containing sensors for a 3D perspective of its surroundings and object recognition, which may be controlled by an AI for safe and effective flight. It is also to be equipped with an airbag, a ballistic parachute and landing gear in cases of difficult landings or adversity during flight.

In addition, from the implication of the title 'drone taxi' and the fact that the scope for only one passenger is mentioned, it appears that this vehicle is also to be driverless. In that case, it is to be hoped that it comes equipped with mapping, traffic control and aerial co-ordination systems like those proposed by a team at MIT for such flying vehicles.

Hoversurf does not mention plans to market or sell this particular product (i.e., the taxi), any time soon. However, it is yet another exciting hint of a future with real, personal flying machines!

Top Image: The Hoverbike could be the latest fad in the ‘flying vehicles’ market. (Source: Hoversurf)

The Drone with Wheels: A Realistic Step towards the Flying Car? 2017, Evolving Science, https://www.evolving-science.com/intelligent-machines-robotics-automation-transportation/drone-wheels-realistic-step-towards-flying-car-00368, (accessed on 16 Nov. 18)