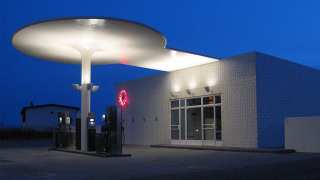 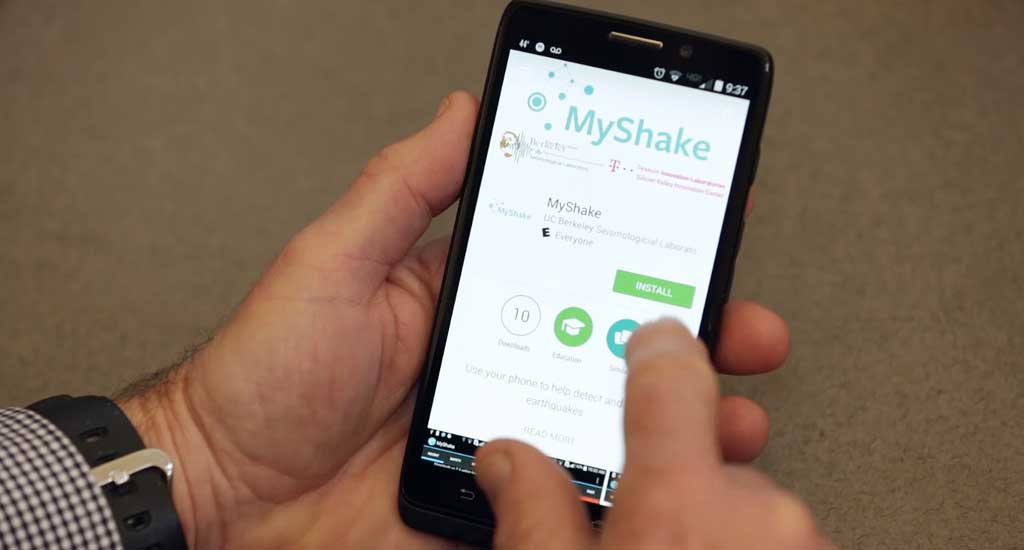 If you’ve ever experienced an earthquake you’ll know that they can rapidly create a vast amount of damage, with effects lasting years. The US Geological Survey estimated that the economic losses resulting from the 7.9 magnitude quake that struck Nepal in April 2016 to be as much as $10billion.

The current Early Earthquake Warning (EEW) systems only provide seconds to minutes of warning, which allows those in the area a very small amount of time to evacuate or move to a safe area. These EEW systems also only function in areas with a large network of seismological recorders, meaning that in more remote areas, such as Nepal, no warning system is in place.

Scientists at UC Berkeley Seismological Laboratory have been working hard to develop an app to record earthquake activity. The aim is to make earthquake warning systems faster and more accurate in areas where there are already seismic networks, but also to provide seismic data for those remote areas where seismic activity is not tracked.

The app utilizes the motion detectors of a smartphone to detect ground motion, sending the data back to the lab for analysis. The phone needs to be turned on, located on a horizontal surface and with Wi-Fi switched on in order to collect data. The app also provides push notifications of earthquakes within a set distance (as determined by the user). The MyShake app was released in February 2016 and has since been downloaded by nearly 200,000 users. On an average day, 8,000 phones are providing data to the MyShake archives.

Recent earthquakes have caused widespread devastation in Nepal and Haiti, with both countries lacking a traditional seismic network. If you consider though, it’s estimated that Nepal is home to 6 million smartphone owners then it is possible to see the real benefits of this app in the future.

In the first ten months of use, MyShake recorded nearly 400 earthquakes, including those in New Zealand, Chile, Argentina, Morocco, Mexico, Taiwan, Nepal, Japan and throughout North America. Surprisingly, one of the most active areas is the US was shown to be the previously seismically quiet state of Oklahoma in the United States. The increased seismic activity in this area appears to be linked to fracking, a process of extracting oil or gas from shale rock. The fracking and its associated wastewater disposal seems to be activating a number of fault lines in the area, to the extent that the state is now number one in terms of earthquake activity in the lower 48 states. On September 3rd 2016 a quake of 5.8 magnitude hit the state. This earthquake was the strongest ever recorded to hit Oklahoma, and it was also detected by MyShake users in the area. Whilst it is estimated that there are up to 200 MyShake users in the region, only 14 phones were triggered by this particular earthquake. Despite the small number of phones, the data collected allowed the seismology lab to estimate the magnitude to within 1% of the estimates provided by seismic stations, along with locating the epicenter to within 4 kilometers.

The app has been designed to detect earthquakes as small as 2.5 magnitude, with the best results being in areas with a high density of app users. To date, the highest number of phones to register an event was when 103 phones recorded a 5.2 magnitude earthquake in San Diego on June 10th 2016. Analysis of data showed that phones up to 200 kilometers from the epicenter registered the quake, showing how sensitive the app is, and its potential far-reaching benefits.

The largest earthquake that was detected was registered by only two phones in Ecuador on April 16th. The quake was 5.2 in magnitude and both phones were a significant distance away, at 170 and 200 kilometers from the epicenter.

This initial data shows that MyShake has great potential to provide early warning along with being a way to monitor induced seismicity. The inventors are continuing to monitor the data collected before moving forward to consider releasing earthquake warnings through the app. They do know that the smartphones used are capable of picking up the first seismic waves to trigger their sensors, known as P waves. P waves are less destructive than the waves that arrive next, known as S waves. If the information is sent to the laboratory as soon as the P waves are detected, the hope is that they can then issue a warning prior to the arrival of the S waves, which are much more likely to cause the damage.

Currently the app is only available to users of android devices however an iPhone app is also planned. The developers are hoping that more users download the app, which will lead to an increased amount of data. This will then improve and refine the service, ultimately working towards providing an early warning system to reduce the impact of these destructive natural forces.

Top image: MyShakeApp being downloaded on a smart phone. (YouTube)