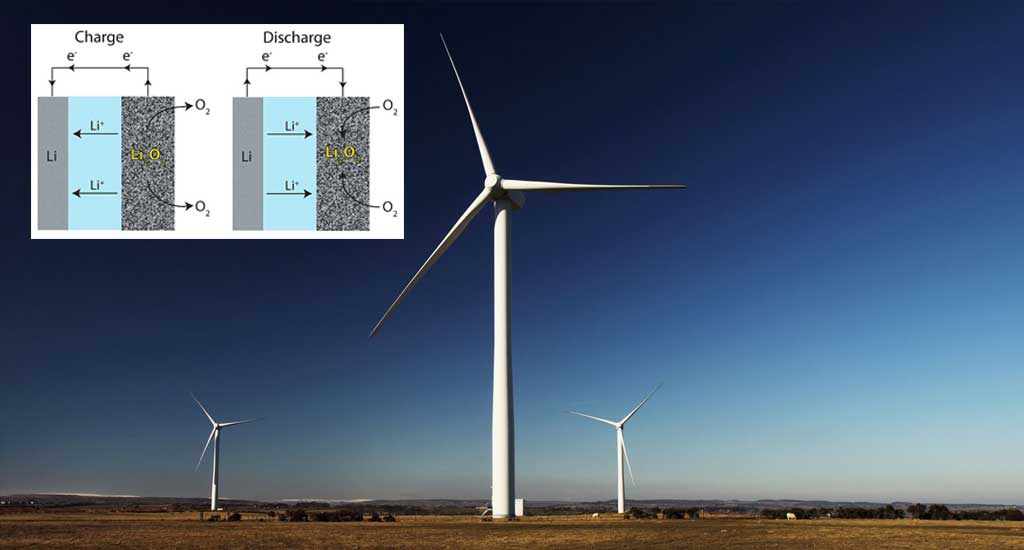 If you own your own house, you may have opted to cover your roof in solar panels. Who wouldn’t prefer to get the electricity they need from “clean” renewable energy, independent of the power company? But to do so is something of a privilege reserved for homeowners with the resources to install the latest solar cell technology. Those of us living in apartments rely on the electrical grid to deliver power to our floor lamps and refrigerators—and the grid still relies primarily on the energy from fossil fuels.

That could change soon thanks to researchers at Fudan University in Shanghai, who developed a new rechargeable battery with a super-long lifetime and nearly as much power as a supercapacitor. If the battery can be adapted for practical applications, it may vastly improve the efficiency and feasibility of storing wind and solar energy for the electrical grid.

Quite a few different types of rechargeable batteries already exist, so why is this new battery important? You may be familiar with the lithium-ion battery in your laptop, which works by the movement of positively charged lithium ions between two lithium-based electrodes through a conductive liquid called the electrolyte. The AA battery in your flashlight may be a nickel-metal hydride battery, which has an alkaline electrolyte and oxidizes nickel metal on the positive electrode. And a lead-acid battery, with sulfuric acid as the electrolytic charge carrier, powers the starter in your car.

These batteries are well-suited for power storage on a small scale. But as the world’s supply of fossil fuel continues to dwindle, new types of batteries for power grid applications will become increasingly valuable. This is because renewable forms of alternative energy, such as wind and solar, are intermittent—meaning they provide lots of energy one minute and almost no energy the next. During the high-energy periods an efficient battery is needed to store the power, and discharge during the low-energy periods to maintain a steady flow of energy to streetlights and homes.

A battery for this application needs to be made from relatively cheap materials, have a long lifetime over many charge/discharge cycles, and be safe both for humans and for the environment. That disqualifies most of the batteries we are familiar with, like lithium ion and lead acid. One reason is that these batteries are made from costly metal components. Another is that the components often tend to be toxic or environmentally unsafe (sulfuric acid doesn’t exactly mix well with the environment, as any plant will tell you). Plus, lithium ion and other battery types have been known to catch on fire randomly, which isn’t the best feature for use in an energy plant.

The research group at Fudan University, led by Professor Yongyao Xia, solved the first issue by simply not using any metal components in the reactive part of the battery cell. The way it works is by transferring positive lithium (or sodium) ions from a solution containing negative iodine ions to a solid organic electrode, which consists of a compound called polyimide. Unlike a conventional lithium ion battery, the lithium metal ions only participate in the charge transfer and not in any of the redox reactions on the electrodes. All the components in this battery are quite friendly to the environment: the electrolyte is neither acidic nor alkaline and the materials in the electrodes are nontoxic.

Not only is Xia’s battery cheaper and safer than the commercial alternatives, it also outperforms them by a long shot. A battery’s length of life can be measured by the number of charge/discharge cycles before its performance starts to deteriorate. This new lithium-ion battery does 50,000 cycles—50 times more cycles than the best lithium-ion battery out there today! Plus, after those 50,000 cycles, the battery has only lost 30% of its initial capacity.

The battery can also charge (and discharge) extremely fast. 6.6 seconds, to be exact. This charge rate is way faster than other rechargeable batteries—think about how long it takes your phone to charge, after all. In fact, the battery’s performance is similar to that of supercapacitors, which use the accumulation of ions on metal plates to store energy rather than a chemical reaction, and provide power to defibrillators and regenerative braking in buses and trains, but have lower energy capacity than batteries.

Widespread grid-scale renewable energy storage is a real challenge, and this new battery might be the solution. The authors note, however, that they used a lower concentration of iodide ions, and a lower amount of the polyimide compound, than would be necessary for practical applications. So, a real battery of this type might have somewhat lower performance. Still, its supercapacitor-like features might also be useful in designing rechargeable batteries for consumer electronics. Imagine if you could charge your phone or laptop in less than ten seconds! That in itself would be a revolution. Meanwhile, we’re one step closer to a future where apartment dwellers can live as sustainably as their solar-powered neighbors.