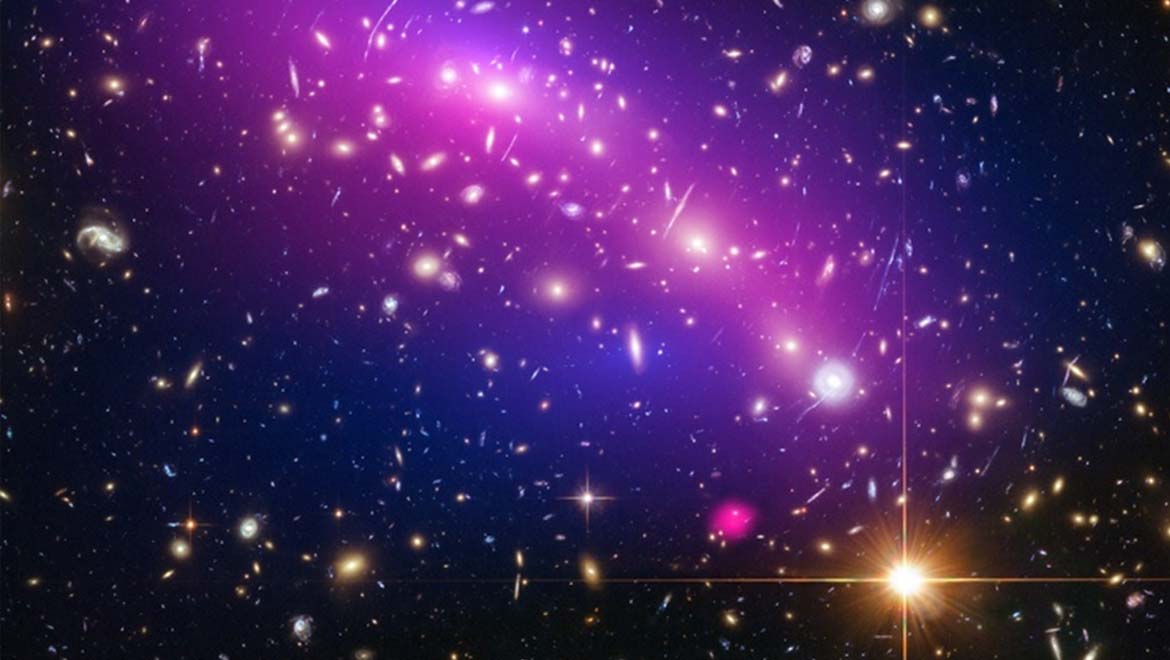 A team of researchers from the University of Zaragoza, King's College London and the Institute of Astronomy in the UK, led by Ciaran O'Hare, found a collection of stars that were all moving in the same direction. They called this the S1 stream, and these stars are believed to be the remnants of a dwarf galaxy that was swallowed by the Milky Way, billions of years ago.

The S1 stream is a set of 30,000 stars, and it was identified last year by ESA’s Gaia satellite in an ongoing billion-star survey. In fact, about 30 such streams have been found in our galaxy, each the remnant of a previous collision. These streams are the debris of a small galaxy that crashed into the Milky Way.

In their paper published in the journal, Physical Review D, the group described their findings and why these observations may offer help in understanding the dark matter better.

The matter that presented in the S1 stream was particularly interesting, and also, it is currently “blowing” past us at about 500 km/s, according to the study’s authors. Scientists believe that this may generate remarkable effects on the dark matter that exists near us, giving us a much better chance for its detection.

As per a statement from APS Physics, “Current detectors looking for weakly interacting massive particles (WIMPs) – one widely discussed form of dark matter – probably won’t see any effect from S1, but future WIMP detectors might.”

It might be probable to detect axions from the stream, which are ultralight particles that we cannot see, 500 million times lighter than an electron and could compose dark matter. They could also be converted to visible photons in the presence of a very strong magnetic field.

It is believed that all galaxies are formed inside a large aura of dark matter, which we cannot see and does not interact with the external environment of normal matter.

The researchers of this study said that about 10 million solar masses of dark matter came from the original dwarf galaxy and was traveling along the S1 stream. 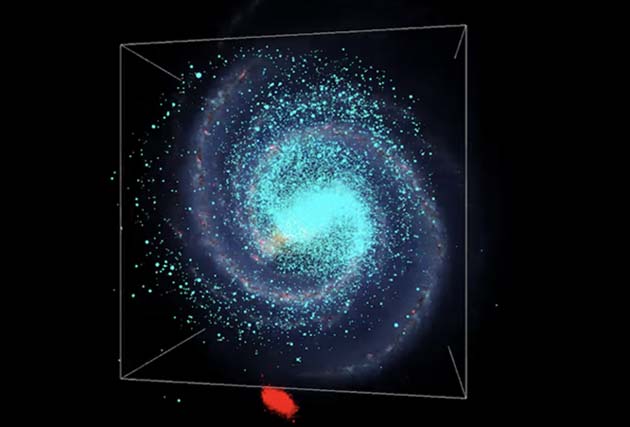 A simulation of collision of a smaller galaxy with that of the Milky Way. (Source: Koppelman, V. et al, Kapteyn Astronomical Institute, University of Groningen, The Netherlands)

Project leader, O'Hare mentioned, “What we want to do is add the stream as part of our kind of the main prediction for the types of signal that should show up in a dark matter experiment. As the S1 stream ‘hits the Solar System slap in the face,' its counter-rotating structure will dramatically increase the amount of dark matter appearing to come from the same patch of sky as the standard dark matter wind. Indeed, it should produce a tell-tale ‘ring’-like structure around this wind, something that directional dark matter detectors… could easily detect in future.”

This dark matter "hurricane" may be moving at high speeds, which might provide experts with the opportunity to observe dark matter for the first time, at such a close distance.

The chances are better for axion detectors as the energy spectrum from axionic dark matter typically exhibits a broad strike with an additional narrow peak if the S1 hurricane is truly buffeting our shores.

previous article
Underneath an icon cracks the literal criterion
next article
Will The ‘Kilogram’ Be Re-Defined? Scientific Community To Vote To Change Metric Unit Of Weight