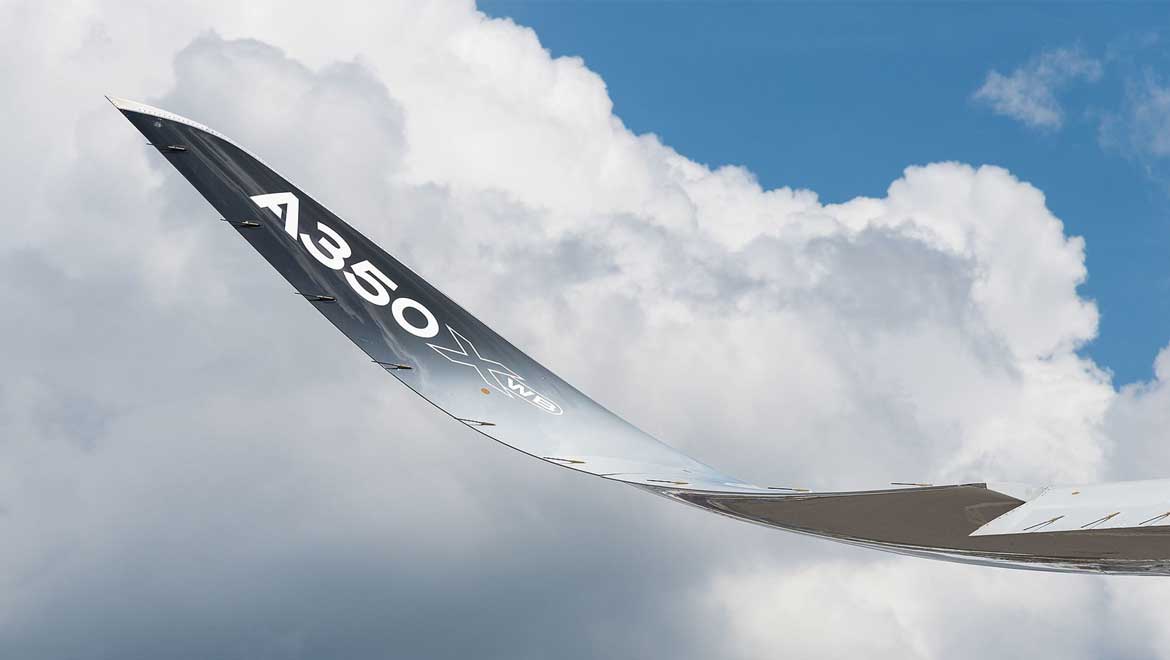 What if powered mechanical flight didn’t require all the normal trappings of aircraft? That is, a flight that does not need big heavy jet engines to get a plane off the ground, or tons of octane to power this propulsion? Well, some engineers and scientists assert that this arrangement isn’t actually necessary for the purpose of artificial flight at all.

This is not an old theory, either - inventors have dedicated their lives to the discovery of flight without traditional propulsion since the 1920s. However, the technologies they developed were never sophisticated or precise enough to deliver on their gravity-defying dreams.

But now, a group of MIT scientists believes that there could a way to convert these dreams into reality.

The conventional theory of flight goes more or less like this: the wings of aerial vehicles are so designed (after decades of studying models such as bird wings) that they can generate a stream of air underneath them in order to keep them in flight. However, these vehicles are also heavy, and therefore, need a significant amount of thrust to get them high enough into the air in order to set up these streams in the first place. Therefore, relatively huge, complex engines with hundreds of moving parts were developed to provide this thrust. With a few exceptions, the energy to drive these engines came from fossil fuels.

This principle keeps all craft along the lines of the bi-wing airplane in the air. However, some scientists believe that there is an alternative working theory of this propulsion that just hasn’t been investigated well enough yet. It is known as the theory of electro aerodynamics (EAD).

This hypothesis is based on the ability of electrons to create ‘winds’ (or air-streams) of their own as they move within an electric field. Even though the ‘aero’ in the term implies air-related physics, the movement of this gas is thought to behave as a fluid, as magnetic fields are in the analogous field of magnetohydrodynamics (MHD). A good MHD profile can keep the plasma in a nuclear reactor flowing in a fortuitous manner; therefore, proponents of EAD assert that it can be exploited in order to keep an aircraft in the air.

EAD was discovered in the 1920s by an inventor, Thomas Townsend Brown, who inadvertently demonstrated it when he constructed his system of discs that could stay in the air by themselves. Brown mistakenly attributed this property to the effect of electric fields on gravity predicted in a concept held by his contemporary, Albert Einstein. However, subsequent research found it was, in fact, EAD (and nothing to do with gravity directly) that was in effect during his experiments. 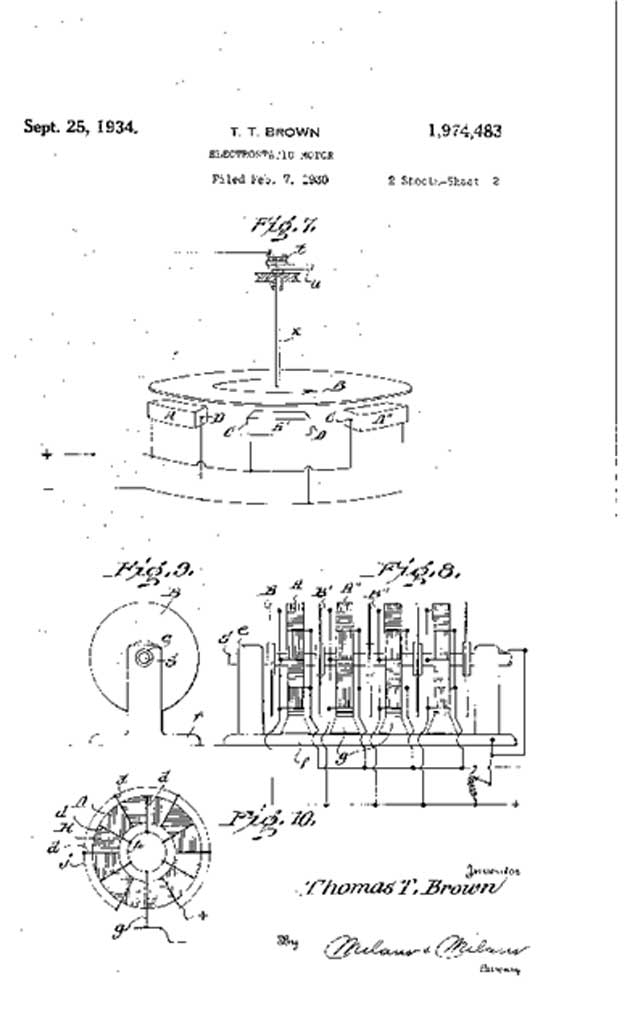 A motor based on EAD patented by Thomas Townsend Brown in the 1930s. (Source: USPTO)

The theory extends to the technical ability to set up jet streams through the assertion of EAD in the course of a flight. This does have some attractive advantages: an aircraft ‘powered’ by EAD would not need an engine, just a source of voltage (i.e., a battery).

However, aviation experiments involving EAD have often been doomed to failure due to a number of factors, including the inability to provide quite enough voltage or to provide an EAD ‘field’ in the right shape to maintain lift and provide forward thrust.

A group at MIT, led by Steven R. H. Barrett of the institute’s Department of Aeronautics and Astronautics, believe that their new EAD-based system has improved on many of these technical issues.

This set-up was built around a custom-designed system of wires with a source of 20,000 volts at one end, opposed by a source for -20,000 volts at the other. This provided for an electric field to which electrons were donated by atmospheric nitrogen. These wires ran underneath the 5-meter span of the wings of a lightweight, unmanned airplane. The necessary voltage was provided by a custom-built, ultra-light lithium-polymer battery found in the ‘nose’ of the plane.

This combined 40-kilovolt electric field was able to provide a thrust of 3 newtons (N) and a thrust-to-power ratio of 6.25 N per kilowatt (kW).

These numbers enabled the model plane to fly under its own power, thus demonstrating that EAD could break the limits of thrust (and thrust density) that had heretofore held this theory back from translation into a practical means of flight.

On the other hand, the model aircraft was only able to fly for 55 meters at the most, at an average speed of 5 meters per second. It also required a ‘launch’ into the air via bungee cords (somewhat like throwing a 16-foot paper plane into the air).

In addition, as with paper planes, the aircraft was only able to glide on air currents without the power from the electric field for a very short time before performing an abrupt nose-dive at the approximate 55-meter mark.

Finally, the new EAD-propelled system was ultimately associated with a thrust density of 3N per meter squared (N/m2) after all, which is still far short of the approximate 10N/m2 of the average conventional unmanned airplane.

Nevertheless, Barrett and his team may have proven that this form of electric, solid-state flight is possible. In fact, these scientists believe that EAD is the flight modality of the future. However, it is clear that a lot more work needs to be done.