It is fortunate that scientists discovered anti-freeze proteins (AFPs). Otherwise, the way in which insects survive freezing conditions would be an impenetrable mystery to us. Insects lack things such as hair, fur or blubber, therefore, making it impossible for them to live in cold climates without AFPs. These proteins have evolved to prevent lethal ice crystals forming within insect bodies. For a long time, this phenomenon was explained using the ‘anchored clathrate’ theory of water molecule ordering.

However, a new study, using more up-to-date imaging techniques, has indicated that there could be more to the process than that. These new findings may also offer insights into the improved control of ice-crystal formation in other contexts.

It is generally accepted that AFPs, in aggregate, can control the formation of ice crystals from the water in their immediate vicinity. This area is known as the AFP-ice border or the AFP ice-binding site (IBS).

At this junction, AFPs have been thought to ‘pre-order’ water molecules, almost like organizing amusement-park customers into queues for 'fast passes.' This concept arranges the water into conformations that do not promote ice crystals. These may be the classic ‘anchored clathrate’ molecular motifs or other motifs that somewhat resemble ice. These motifs then signal more AFPs to act on the IBS to produce yet more motifs, and so on. 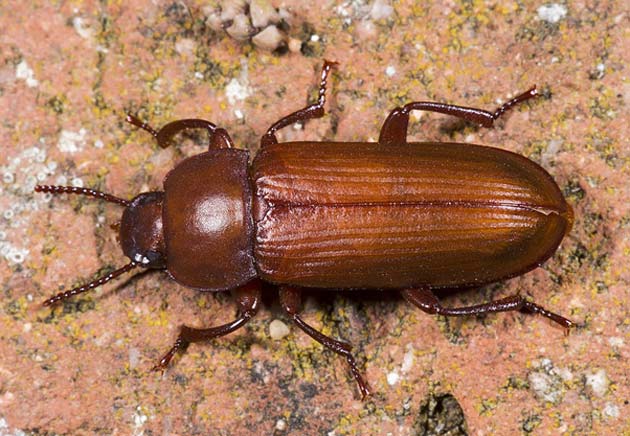 In the absence of this interference, ice would be free to form larger and larger crystals. This occurs when a smaller, less dangerous crystal acts as a ‘template’ for all the other water molecules around it, which leads them to adopt a crystalline (i.e., icy) structure themselves.

However, there are some problems with this prevailing theory:

For example, there are proteins that have the opposite function to AFPs. Known as ice-nucleating proteins (INPs), these molecules also use anchored clathrate to recognize ice, in which case they go ahead and promote crystals rather than dissuade them.

In addition, AFPs have exhibited ‘hyperactivity’ in other studies, which may have nothing to do with the clathrate formation at all.

Therefore, AFPs may perform other functions or actions that are more exclusive to them and that also prevent ice formation at the IBS.

To this end, they started off using the infrared (IR) spectrometers at Utah, then progressed to the Raman spectroscopy facilities located at San Diego. This shift was necessary as they found that the IR sensors did not image the clathrate (a stable crystal structure in which water and small ice crystals are trapped in matrices made of threonine) with perfect accuracy.

These techniques were directed at AFPs isolated from Tenebrio molitor, the mealworm beetle. The results of the experiment, however, failed to indicate pre-ordering at the IBS.

Instead, the UCSD/Utah team reported that they did not detect anchored clathrate or ice-like motifs at the IBS. Instead, they observed AFP units reacting to the IBS by gradually diffusing towards it in order to form the proper conformation relative to each other, on reaching the site. Once this was achieved, motif formation progressed as observed previously. This part of the reaction was accompanied by the level of hyperactivity as observed in other studies. 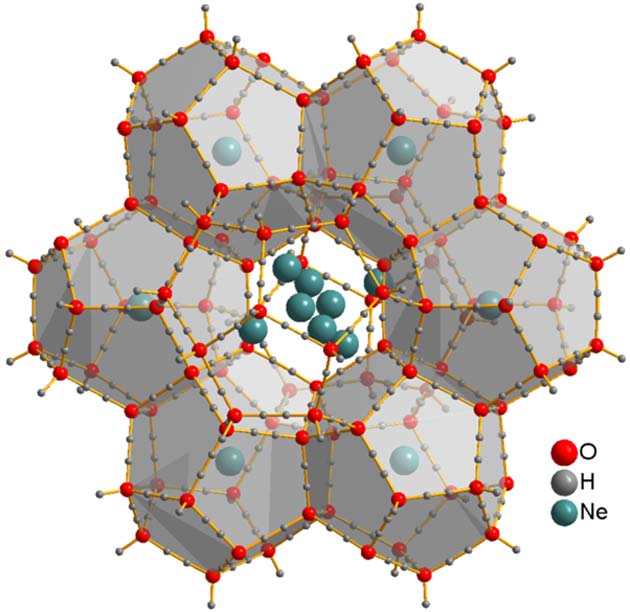 ‘Clathrate’ is a collective term for any type of molecular motif made of one substance (neon, in this case) that completely traps another (e.g., water). (Source: Wikimedia Commons)

The team also reported that Raman spectroscopy, but not its IR counterpart, was capable of distinguishing the water trapped in a clathrate motif from other water molecules around the structure. This suggests that Raman is the imaging modality of choice when assessing AFPs (or INPs) in the future.

The new insights on the ‘real’ AFP responses to ice may also inform efforts to control ice in other experimental set-ups. For example, scientists could learn to promote the formation of ice crystals in artificially-produced clouds or to prevent the same.

This study is a good example of how improved and appropriate imaging can further the understanding of a process that may not have been explained, just using the techniques and instruments of the past.

Results of this research can now also inform work on AFPs and INPs, which may help us control ice – a useful tool or a potentially destructive agent – in the future.

A. Hudait, et al. (2018) Preordering of water is not needed for ice recognition by hyperactive antifreeze proteins. Proceedings of the National Academy of Sciences.

previous article
Underneath an icon cracks the literal criterion
next article
Score For Tesla: Lithium-Ion Storage Could Be Coming To California Soon