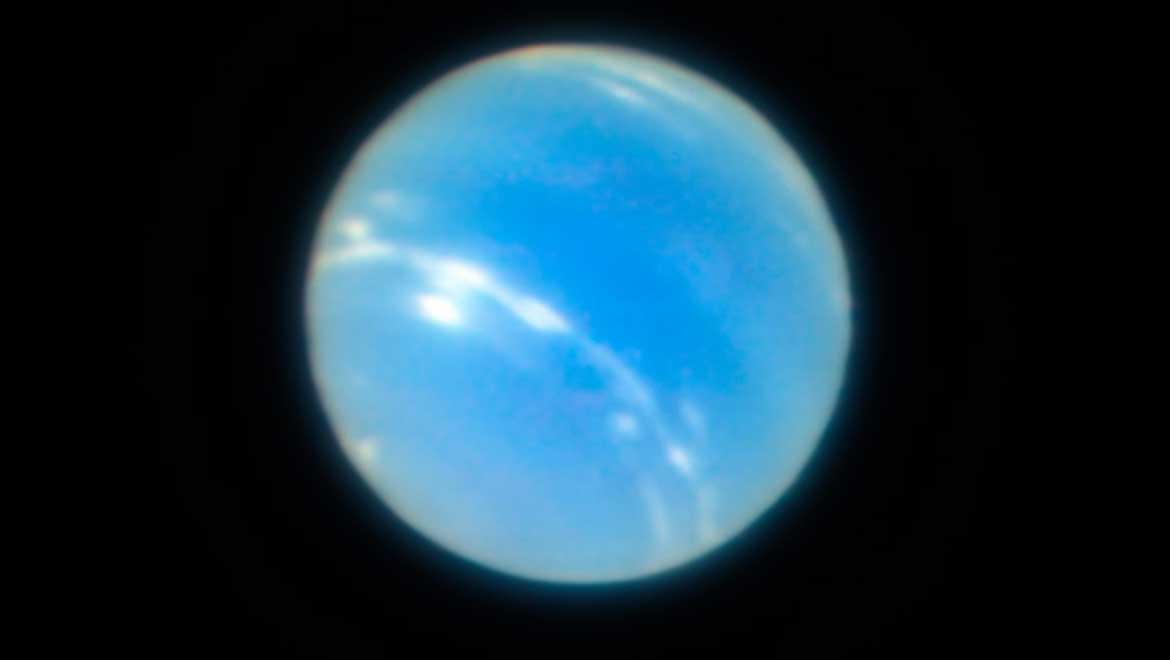 When you think about astronomy, one thing may come to mind: multi-spectral. This is because imaging, many of the cosmic bodies far away from Earth, relies on light data that goes beyond the visual spectrum.

Simple, visual telescopy on Earth is impacted by a kind of distortion caused by the atmosphere. This could be the reason why clear images of other planets and stars, even with high-quality scopes, in our own solar system, cannot be easily obtained.

Cassini, for example, had to travel to Saturn, where the spacecraft collected spectral data of that planet, its rings, and moons from a much closer range. This information was, in turn, converted into high-resolution images. Had the same images been taken on Earth, even using the powerful Hubble telescope, they might have been hazy due to atmospheric disturbance, and thus, not quite as useful.

However, a new development at the European Southern Observatory may have overcome this problem for good. This advancement is a part of a project known as Ground Atmospheric Layer Adaptive Corrector for Spectroscopic Imaging (GALACSI). This setup is, in turn, connected to unit 4 of the Very Large Telescope (VLT) at the ESO.

This is an impressive achievement and has allowed Unit 4 to capture high-quality images of subjects, such as the planet Neptune, without the haloing effect added by atmosphere under normal circumstances.

GALACSI’s new adaptive optics allows the unit to capture even sharper images of this planet than the Hubble space telescope. Although there is one drawback - the new form of correction (which is also a form of tomography) only works over a small area of the sky. Therefore, it is known as Near Field Mode. 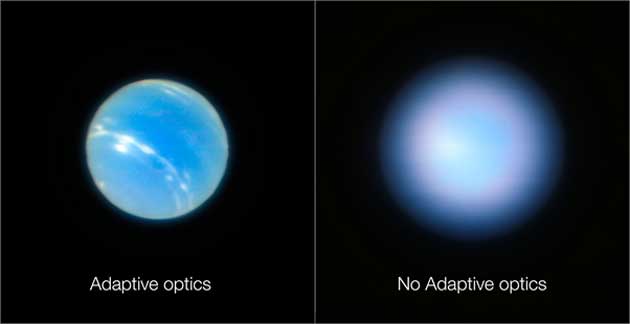 An image of Neptune with adaptive optics on (left) and optics off (right). (Source: ESO)

The Modes of MUSE

For a broader range of subject, the telescope would have to switch back to the older, 1-kilometer mode (known as Wide Field Mode). This could possibly sacrifice some detail and quality due to the disturbance creeping back in.

The Wide Field Mode can correct in terms of units known as arc-minutes and generate corrected images with pixel sizes measuring 0.2 by 0.2 arc-seconds. The Near Field Mode, on the other hand, works over 7.5 arc-seconds, but with a pixel size of 0.025 by 0.025 arc-seconds. Therefore, the images generated using the latter mode are much narrower, but also much higher in resolution. 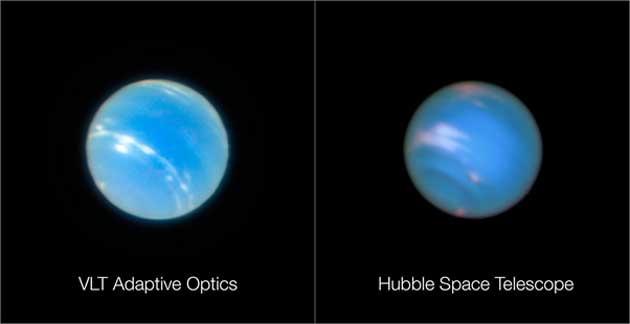 GALACSI works through the Laser Guide Star principle of adaptive optics. It is manifested by pointing 4 intensely bright lasers, each of which are beamed out of 30-centimeter apertures, into the sky around unit 4 of the VLT. The resulting points of light assemble into artificial ‘guiding stars’ for the GALACSI system and allow it to focus on and identify the magnitude of atmospheric disturbance around the stars. This highly accurate data is sent to the MUSE, which corrects for the disturbance and allows unit 4 to generate ultra-sharp images.

MUSE and the Future

MUSE’s modes are also intended to benefit the ESO’s Extremely Large Telescope. This facility is still in development, but it should improve on the VLT’s astronomical performance.

The Observatory has some ambitious scientific goals for the ELT, which will require laser-guided tomography, as demonstrated by MUSE as of late. Therefore, we may be able to capture impressive light shows from much deeper into the universe, from right here on Earth, in the future.

previous article
Underneath an icon cracks the literal criterion
next article
Can Ammonia Raise A ‘Stink’ In The Renewable Fuels Market? 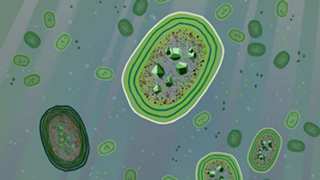