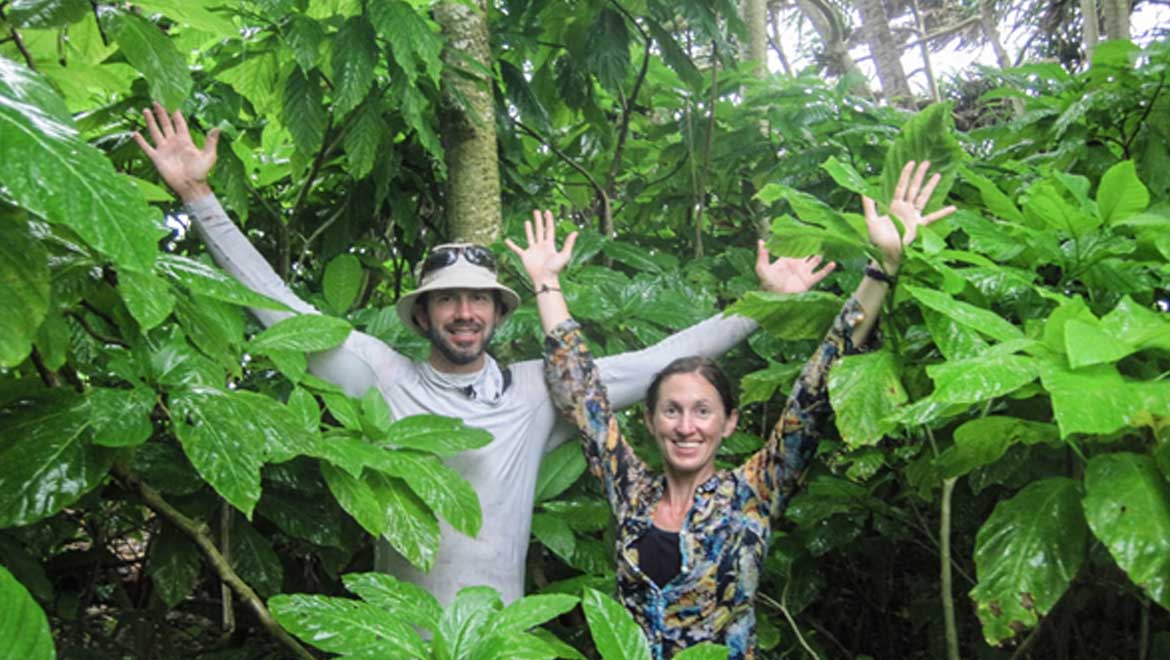 In June 2018, reports from an atoll named Palmyra suggested that a targeted intervention resulted in the significant reduction of disease-related mosquitos in that location. This was achieved by removing a second species, Rattus rattus (black rat), which had been introduced in Palmyra by humans, who provided the main food source for the mosquitos (Aedes albopictus).

A subsequent report has claimed yet another benefit for the atoll’s environment as a result of the eradication of the same rats.

A paper in PLOS One journal has claimed that a species of tree, which is native to Palmyra, has experienced a significant resurgence in its population thanks to the removal of the animals. 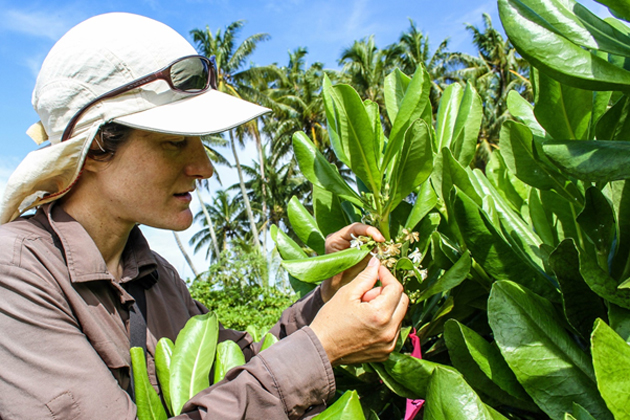 A researcher examining native vegetation on the atoll. (Source: Flickr)

The rats, which traveled with US Army personnel to set up colonies on Palmyra, thrived there because there were numerous seed and plants to eat. Their growing numbers, in turn, supported the A. albopictus population, which fed on the rats’ blood to thrive and also used shells that the rats discarded to lay their eggs.

A. albopictus, also known as the Asian tiger mosquito, is associated with the transmission of malaria and with biting humans to do so. However, it was observed that these tiger mosquitos had a higher preference for the black rats.

When these animals were effectively eliminated from Palmyra (through air-drops of rodenticide), the incidence of mosquito bites in humans also dropped significantly.

Follow-up scientific studies reported that advanced trapping and counting techniques resulted in findings that the A. albopictus population on Palmyra was indeed effectively ameliorated.

Furthermore, it was seen that the rat eradication was a gift that kept on giving, on the atoll. New findings, published in a July 2018 issue of the journal, PLOS One, highlighted the fact that the rats had had a significant effect on native plant species, mainly by preventing seedling growth. For example, no seedlings of the palm tree, Pisonia grandis, had been observed while the rat colonies were still present on Palmyra. However, once the rats were gone, the researchers involved in this study counted as many as 688 P. grandis seedlings per square meter on the atoll.

This represented a 5000% increase in the population of these trees on Palmyra. Previous studies have found that the tree, which is important to ecosystems in the Pacific region in which the atoll is located, is sensitive to consumption by invasive species and can fail completely in their presence.

The scientists also reported the re-establishment of other common atoll plants. For example, Cocos nucifera, the coconut tree, exhibited a 13-fold increase in new tree growth (also known as ‘recruitment’) by the fifth-year post-eradication. On the other hand, this tree is not originally native to Palmyra either, and its populations were effectively being controlled by the rats. Therefore, they may now need increased management on the atoll so that they do not have an adverse effect on the atoll’s ecosystem. Healthier P. grandis forests may help with this issue. 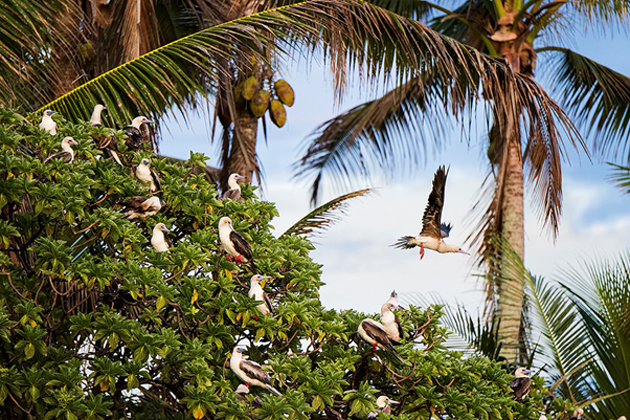 Native birds nest next to a coconut tree on Palmyra. (Source: Flickr)

Can the Removal of Invasive Species Work Elsewhere?

The authors of the PLOS One paper (ecology scientists and researchers from the US Fish & Wildlife Service in Hawaii, the University of California and the University of Hawaii (Manoa)) concluded that the eradication of black rats was generally conducive to native plant growth on Palmyra.

In addition, this removal is likely to benefit the atoll’s ecosystem in the long run. The report is an example of what can happen when the negative effects of human colonization and interventions on natural environments is, at least, partially reversed.

The researchers also noted that removing the invasive species from other Pacific islands in the past have had similar results to those on Palmyra. Ultimately, it is encouraging to see that one change for the better can have such potentially positive effects on an environment affected by humans to the degree seen on Palmyra.

Top Image: Two of the PLOS One paper’s authors (Coral Wolf and Alexander Wegmann) stand in a forest of P. grandis on Palmyra. (Source: Flickr)