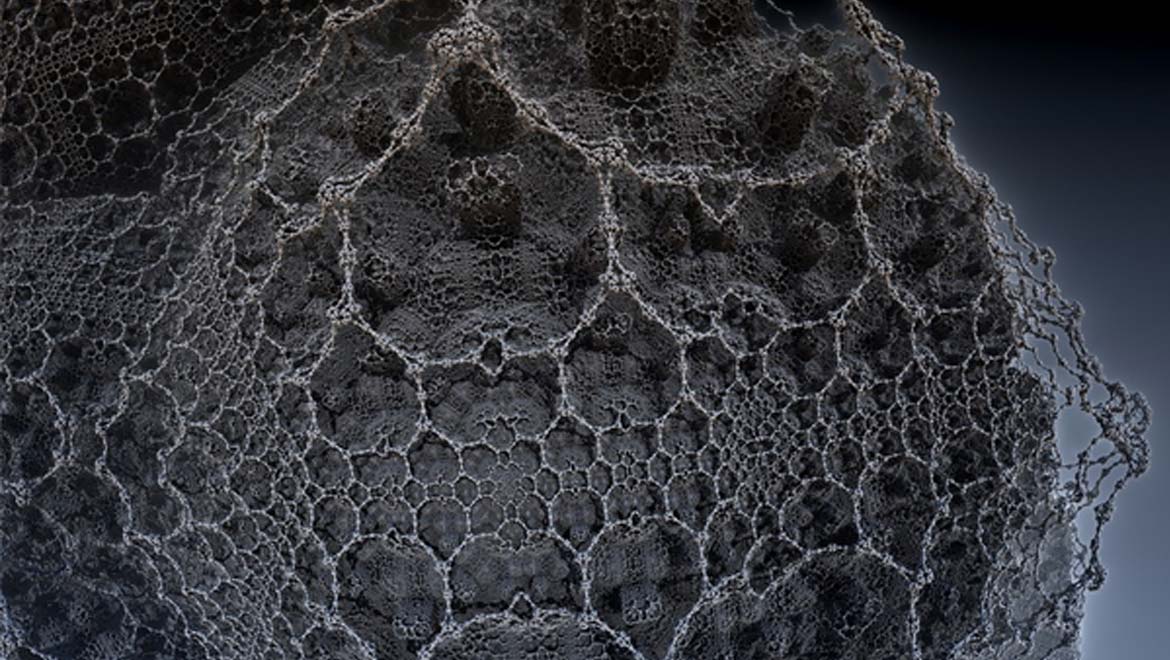 We tend to think of computers as electronic brains, but the truth is that this comparison does not hold the bar to an actual human brain.

Computers, effective as they have become, do not come close to human brains in many important respects. The most prevalent of these is power consumption and data transmission methods.

Electronic hardware is still hampered by a simple binary modality by which it encodes, stores and transfers data. This process is done through the medium of relatively simple transistors, which take up a large amount of power to carry out functions.

Therefore, many computer scientists and engineers have been researching materials and technologies that could help them go beyond the limit of what transistor-based processing can offer. This entails true of artificial synapses, which can convey information in greater dimensions compared to binary transition and may also consume lesser energy to do so.

A team of researchers has published a paper in which they have designed a new breakthrough needed for truly effective artificial-synapse implementation.

A typical transistor structure is used in nearly all processor types and are limited in what they can do at a given time. For example, one transistor can only interface with another single transistor. This means the transistors can only communicate by being switched on or off, which is the basis of the binary system of computing. This, in turn, results in strings of one and zero values, by which data is encoded, processed and transmitted.

Synaptic computing, on the other hand, may offer expanded dimensions in how data is stored, sent and worked. For example, synapses can interface with more than one downstream module (which may be another synapse or a transistor or memory cell), at a time.

These structures are also capable of super-binary transmission modalities, which include time-dependent or spike-dependent transmission. Spike-dependent transmission is a method by which an impulse to a downstream module is initiated in response to a cumulative saturation of impulse reception in an upstream synapse. This process is commonly enacted in the human brain and is one of the reasons that the organ is a superior 'computer' to an electronic microprocessor. 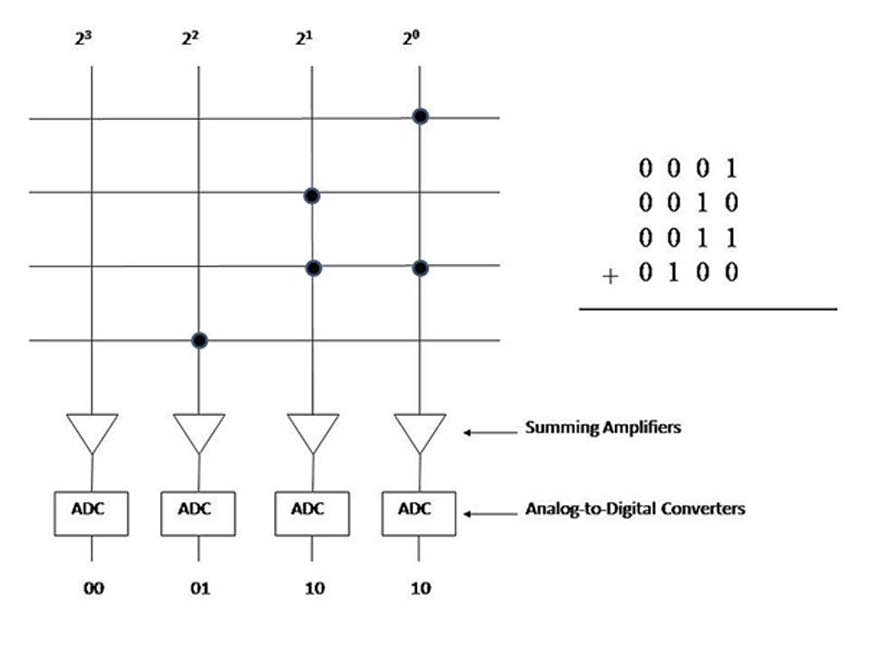 An example of the data standards possible with super-binary transmission. (Source: By Blm19732008).

Initial forays into artificial synapses have included the development of hybrid modules such as combined transistor/memory cells, also known as memristors. However, the processing based on these subunits were not able to achieve the expected advances in power conservation or scalability.

Therefore, trends in this field have shifted towards a truly analog transition in resistance states, which, ironically, entails going completely transistor-free. The system relies on an amorphous environment, in which metallic filaments are formed to serve as the synaptic interface.

However, this form of computing – known as neuromorphic processing – has been shown to be less than reproducible, as per some studies. This is unfortunate as the method allows for a ratio of one to zero values, which constitutes analog computing.

In addition, a synthetic neuron made of such material may have to be wiped and re-written after every individual application of a voltage across it, thus limiting feasibility.

A team of researchers has reported the development of a new type of artificial-synapse architecture, which exhibits impressive processing accuracy in simulations as well as in terms of high reproducible switching.

The scientists who worked on this project (a collaboration between MIT and the School of Electrical, Computer and Energy Engineering at Arizona State University) concluded that this architecture meets the criteria for effective neuromorphic computing.

Furthermore, the materials the group used as their medium was a combination of germanium and silicon, which is also commonly used in some transistors.

The project resulted in an epitaxially-developed conformation of SiGe laid down on a layer of silicon. This formed a variant of transistor-free random access memory (RAM), based on an easily-predicted filament formation in just one dimension.

Therefore, the researchers could exploit this epitaxial behavior for prolonged data retention and improved processing performance with truly analog one: zero ratios.

The researchers behind this paper, published in Nature Materials on the 22nd of January 2018, also used the standard MNIST dataset (used to train algorithms to read handwritten characters) to test the learning accuracy of their epitaxial RAM.

The investigators reported a score of 95.1% in this test, which is impressively high, especially for the first generation of a computing architecture. In fact, this new system is close to software running conventional algorithms designed for MNIST data.

The researchers now hope to develop their findings into more advanced neuromorphic processors. 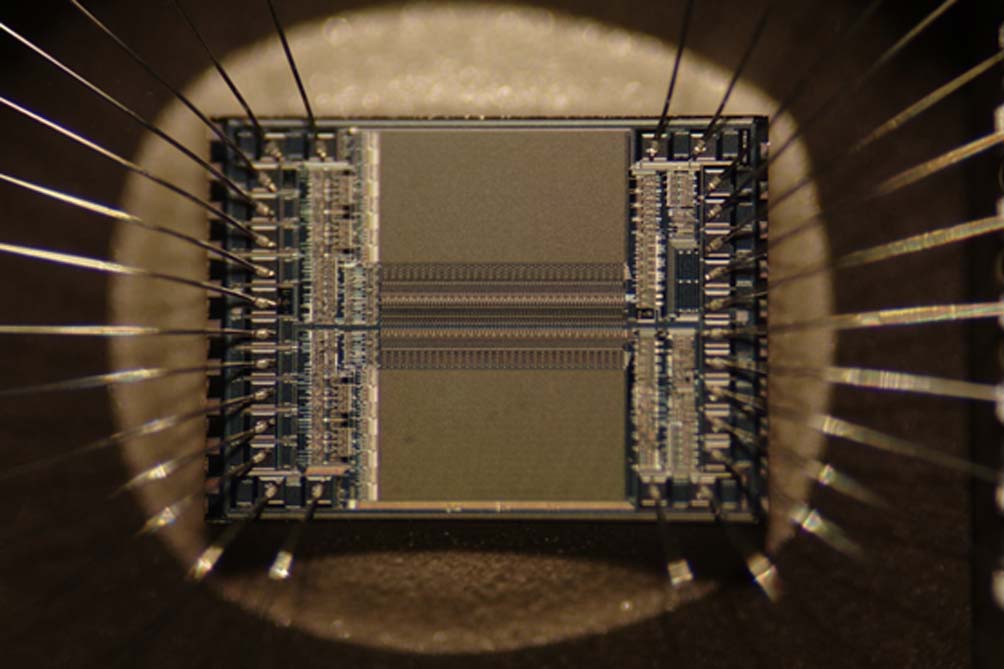 This study is an example of the work being done to develop the next generation of computing. It is known as artificial synapses in terms of processor subunits, or neuromorphic computing as a whole.

Neuromorphic processing is also analog in nature, which offers a whole new degree of performance and complexity in computing. In addition, researchers assert that neuromorphic computing will reduce the power requirements of processors adhering to this emerging standard.

The synthetic synapses required for neuromorphics have historically taken the form of metallic filaments (made of titanium compounds, for example), which form in amorphous media. They can offer the analog switching, or the transfer of resistance, necessary to realize the advantages of analog computing but can be less than reliable in testing.

However, a recent paper has documented a new type of medium, giving rise to filaments that support reproducible switching. This material, developed into a form of RAM by the paper’s authors, also achieved a score for accuracy in the standard MNIST computing test. The system was seen to be comparable to conventional software interfaces designed for the same task.

The materials used in this study are also semiconductors typically found in modern-day processors and should be easy to use and cost-effective in the development of the new computing modality.

Overall, this study may be worth following, as neuromorphic processing is sure to be the future of common electronic devices.