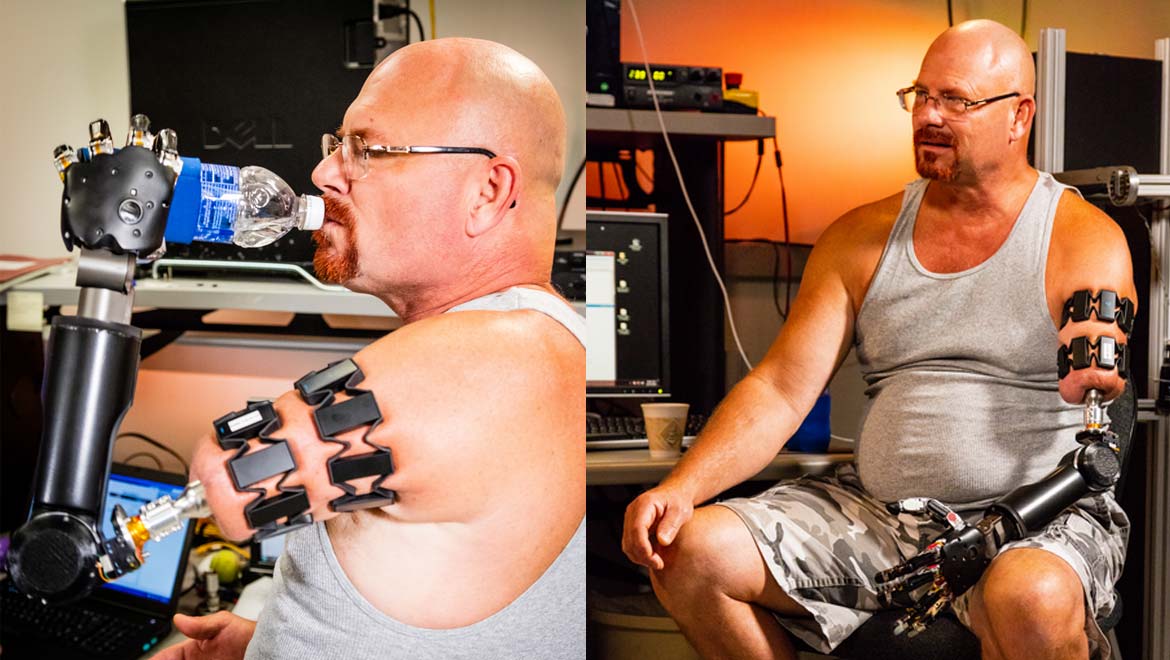 Robotic hands were first introduced as a technological aid for upper limb amputation (hand prosthesis), and were further developed for the latest generations of humanoid robots [Evolving Science: SurenaIII reference]. A robotic hand can be described as a mechatronic, powered device designed to either replace physically and functionally a missing limb, or provide human-like functionality to humanoid robots. In the case of technologically advanced battery-powered hand prostheses, electromyographic (EMG) signals from residual muscles are tapped through surface electrodes and electrically processed to functionally operate an electromechanical hook or hand via electrical motors.

In both cases - prosthetic hands and humanoid robots - big steps have been made with respect to the mechanical functionality of the robotic hands, especially regarding the number of degrees of freedom (DOF) and range of motion of the joints. One example is the Modular Prosthetic Limb, developed at the Applied Physics Laboratory of Johns Hopkins University in Maryland, which was recently tested in real conditions by an amputee. While this allows for a variety of hand movements directly controlled by the human brain, such as grasping, picking up objects and pushing, the research of the inverse communication (from hand to brain) has not yet reached a similar level of advancement due to limitations in sensing capabilities of the materials covering robotic hands. 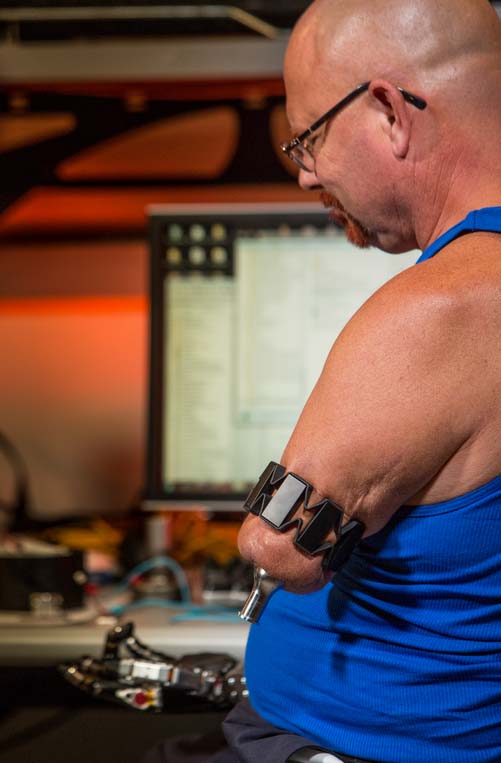 A pioneering surgical technique has allowed an amputee to attach APL’s Modular Prosthetic Limb directly to his residual limb, enabling a greater range of motion and comfort than previously possible. Credit: JHUAPL

This is going to change in the future though, as the newly reported research on multisensory paper skin for simultaneous environmental monitoring promises to deliver a cheap alternative to the wide-spread artificial skin systems. This uses paper-based sensors and the simplest tools one can find in every home: scissors and tape. Researchers at the Integrated Nanotechnology Laboratory of King Abdullah University of Science and Technology (Saudi Arabia) have addressed the hard challenges in the world of soft electronics, by implementing a singular platform to integrate the maximum number of sensors, thus getting the closest so far to the natural skin sensing capabilities.

The impact of the multi-sensor paper skin on the emerging sensing technologies and human computer interfaces could be huge, taking into account the various capabilities it has to sense pressure, touch, heat and motion. The robotic hands, both of amputees and robots, could give them the capability to feel their environment in a similar way to the skin of the human hand. Which materials are used for this innovative flexible artificial skin technology? Nothing more than everyday household recyclable materials:

This is not all: the cheap sensing technology comes combined with improved efficiency. For example, the research reports the results of a comparison of the paper skin to an earlier artificial skin platform based on carbon nanotubes. The paper skin provided twice the temperature sensitivity while being able to “reset” (be ready for the next measurement) four times faster. The pressure sensing capability of the paper skin was double that of carbon nanotubes, five times better than that of nanowire pressure sensors and 40 times better than that of a sensor made from silicon nanoribbons.

Although it still remains unclear exactly how the paper skin behaves under various mechanical deformations (e.g. flexing, stretching, twisting, bending), the multi-sensor paper skin integrates the widest variety of sensory functions of human skin in an affordable all-in-one sensing technology. This could have a huge impact on emerging applications where sensing diversity, surface adaptability and large-area mapping are all of high importance.