Inorganic semiconductors are potentially useful in many areas of electronics and industry. Unfortunately, they tend to be disadvantaged in their reduced flexibility or plasticity. Therefore, they can snap or break apart under the forces necessary to form or bend them.

As a result of this dilemma, scientists have been researching and developing alternative semiconductors such as graphene or complex new polymers, at some expense.

A team of researchers from Nagoya in Japan has discovered that a particular type of inorganic semiconductor can be safely deformed in certain conditions. Furthermore, this flexibility can, in fact, be 'switched off.' These interesting new semiconductor properties may have applications in next-generation computing.

Katsuyuki Matsunaga, a researcher from the Nanostructures Research Laboratory at Nagoya's Japan Fine Ceramics Center and Nagoya University's Department of Materials Physics, led a project to investigate the potential of zinc sulfide (ZnS) crystals, as a semiconductor.

In the course of experiments, the team found that the material made of these crystals failed to be as brittle as expected - but only in complete darkness.

In typical lighting conditions, the semiconductor was as breakable as other inorganic semiconductors were. These experiments resulted in a single crystal falling into numerous thin layers as ZnS tends to do.

The Nagoya scientists went on to discover that these interesting properties were associated with the presence of electrons and electron holes. The holes are known to occur when electrons move from one open position into another.

The researchers also observed that both these electron types congregated in the defects that arose in their ZnS crystals under bending forces. While observing these defects under microscopy, the team determined that the electrons and holes in question 'froze' in the presence of light. The entire material was particularly susceptible to cracking as a result.

By contrast, defect electrons and electron holes (which are occasionally termed dislocations) were much more motile in total darkness. Therefore, these charged particles failed to react to the extra energies involved in deformation, such that cracks arose in the material.

The scientists found that they could bend the ZnS by as much as 45% in these conditions. Furthermore, they reported that the material could also return to its original form again, after bending.

The scientists published their findings in the May issue of Science.

The researchers also included findings that the ZnS crystals exhibited an optical band-gap that was increased under light compared to that associated with darkness.

A shows zinc sulfide (ZnS) crystals, B is mechanical fracture of the crystals under ordinary light, and C shows ZnS in darkness that displays plasticity. (Source: Atsutomo Nakamura)

This phenomenon could be related to the higher probability of movement among the electron holes under these conditions. Therefore, these results are interesting for a couple of reasons:

Future Applications of the Semiconductor

These properties may be of significant interest to material scientists and electronic engineers.

Furthermore, experts may have provided evidence for the possibility that other inorganic semiconductors may also be capable of bending in certain circumstances. Therefore, the potential scope for studies that re-evaluate materials for their plasticity now exist.

On the other hand, the experiment that determined differential plasticity in ZnS was conducted at room temperatures only.

Semiconductors are critically necessary for electronic circuits of all kinds. However, their brittle nature can mean that they are tough to work with and can cause product failures over time.

A new paper in the journal Science has reported that, contrary to popular perception, the semiconductors may be flexible, but only in certain conditions.

These findings may be useful to investigate factors that endanger the longevity and integrity of semiconductor technology.

On the other hand, this new discovery may drive the need for more work with these materials in complete darkness, which may, in turn, pose challenges for the researchers. 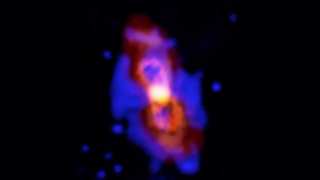