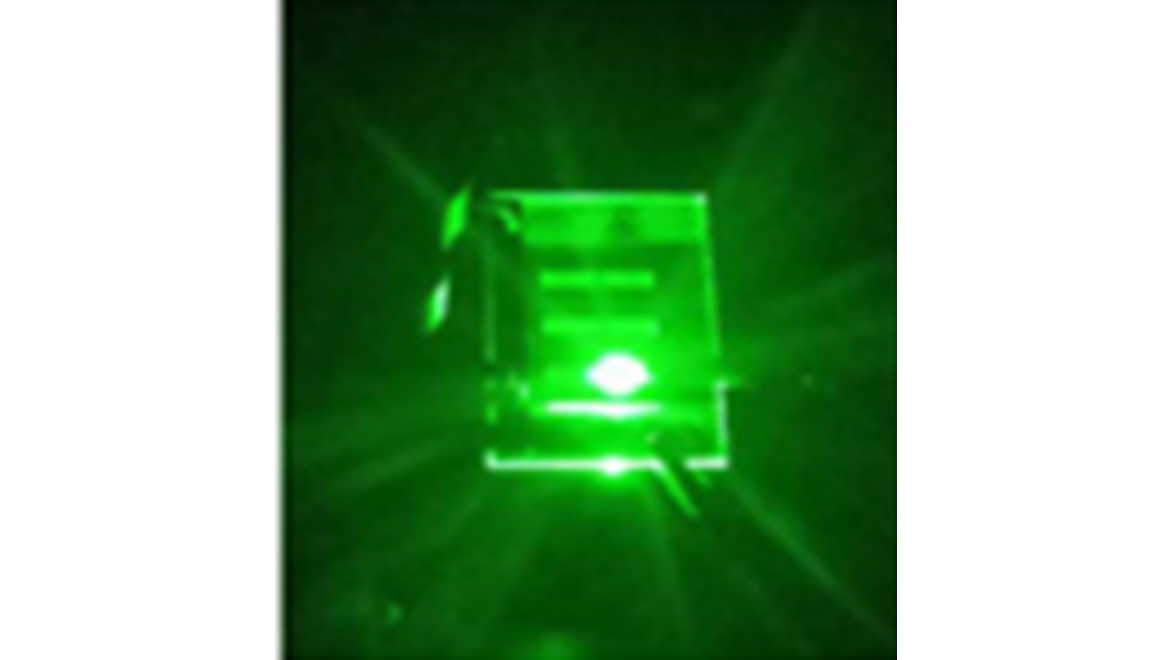 LEDs may be the future of lighting. While they may be slowly losing out in terms of screen technology composition to their organic counterparts (i.e., OLEDs), they are low-energy, energy-efficient and increasingly long-lasting. Therefore, they may ultimately replace more traditional solutions such as bulbs in homes and business. Newer forms of these versatile diodes, known for their stability and luminescence, would greatly benefit the industry and individuals as well.

The research done in this area has uncovered the potential of perovskites in next-level LEDs. These metallic halides are typically associated with the photovoltaics (or conversion of light into electrical energy) in solar panels.

However, it seems that certain perovskite formulations can also be integrated into LEDs for light-emission profiles that could outperform modern-day diodes in the future.

The Advantages and Drawbacks of Perovskites in LEDs

Perovskite LEDs (or PeLEDs) have attracted interest from the research community, as they have demonstrated that their colors can be stronger and more adjustable compared to current models. This is due to the potential improvements in terms of the properties of charge-transfer and external quantum efficiency (EQE) PeLEDs could bring.

On the other hand, these attributes have been associated with hybrid varieties of these compounds. They have both organic and inorganic chemical make-ups. This dual nature creates problems for LED developers.

Hybrid PeLEDs can be harder to produce and are also more susceptible to moisture due to molecular components such as methylammonium (MA) or formamidinium (FA). It would be more straightforward (and thus, more economically viable) to produce PeLEDs that contain the inorganic components only. These are simply the lead-halide (PbCl3, PbBr3 or PbI3) moieties bound to metallic cations (usually cesium).

However, PeLEDs made of this material have exhibited deficiencies such as uneven sizing in the crystals and grains found in their structures at micrometric levels.

These inconsistencies can lead to energy wastage and the loss of light radiation. Therefore, cesium-PeLEDs can lose both electroluminescence and photoluminescence. These properties largely account for LED longevity and may impact the overall EQE that researchers are looking for (which currently stands at a maximum of about 20%). These all-inorganic PeLED defects may be related to the use of cesium halide (CsX) as a ‘precursor’ for perovskites with a CsPbX3 molecular formula (where X is chlorine, bromine or iodine).

However, a team of researchers from the City University of Hong Kong has developed a method of inorganic PeLED manufacture using a different precursor. In this case, they decided to try cesium trifluoroacetate (TFA) rather than cesium bromide (CsBr) to make CsPbBr3-based LEDs. The group reported that this resulted in a ‘one-shot’ process, as the negative TFA ions would bind preferentially to the positive Pb ions.

The City University team reported that this resulted in a more even, confluent ‘landscape’ of perovskite grains. This, in turn, resulted in more efficient charge-transfer across this substrate. Their all-inorganic PeLEDs were associated with an EQE of 10.5%, which increased to 17% when they re-introduced optimal amounts of MA and FA ions to their molecular structure. 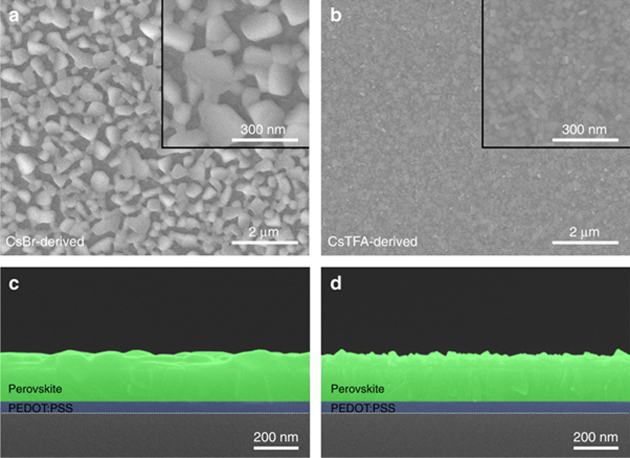 The new PeLEDs also exhibited appreciable PL and EL and emitted a strong green light. The City University team claimed that the lights shone at a starting luminance of 100 cdm−2, which enabled them to do so with a half-life of 250 hours.

This is, reportedly, a new world record for PeLEDs, and outlasts other CsBr-based diodes 17 times over.

The Hong Kong creators, therefore, assert that their new method has resulted in improved, smoother PeLED sheets associated with an overall photoluminescent quantum yield (PLQY) of 57%.

The researchers have published their work in a February 2019 issue of the journal, Nature Communications.

This research team just may have proven that the same material can provide the collection of energy needed, as well as its most efficient subsequent use as a light source, in the future. All we need are the most optimal chemical tweaks in order to make this possibility work as well as it can.