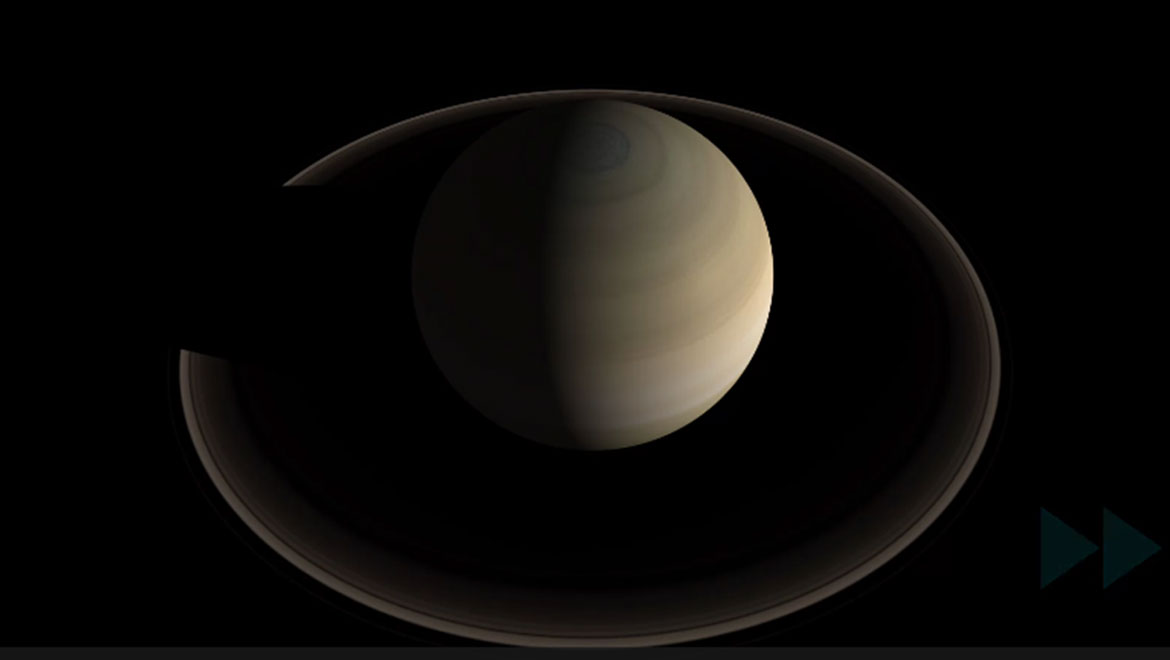 One day in the far-flung future, a child may turn to their caregiver and ask, ‘Where did the ringed planet go?’ Admittedly, this is with the presumption that the solar system, as it is now, as well as the human race, are still around! These questions could arise because scientists have found that Saturn’s hallmark rings will be gone in 300 million years.

This may sound like an unfeasibly long time. However, from Saturn’s perspective, it is not. The planet is thought to be 4.5 billion years old (based on evidence and best estimates). Furthermore, astronomers now conclude that the rings have only been around for 100 million years, which is much less than previously thought. These rings, which are essentially made of tiny ice crystals that reflect the sunlight to be visible, have exhibited behavior in which these particles are being drawn back down towards the planet at a phenomenal rate.

How Saturn’s Future Could Be ‘Ringless’

These findings were reported by researchers at the University of Leicester, who have published them in the journal, Icarus.

The research has indicated that the ring-crystals can become charged through photoionization (an effect imparted by the UV rays from the sun) or exposure to the plasma around tiny meteorites that might occasionally fly through the rings. This could have caused the charged particles to start moving along a line of magnetic force that leads back to the planet.

The activity was detected through the interaction of the charged crystals with Saturn’s ionosphere, which ultimately resulted in the production of H3+ ions. This further led to bands of infrared or near-infrared (IR or NIR) light, which was picked up by the Keck telescope in Hawaii.

Now, it is known that this light mostly affects ring-crystals that are located at about 1.6 times the radius of the planet in space. They are less susceptible to the forces (e.g., centrifugal and magnetic mirror) that keep particles where they are in rings and are thus more likely to fall back to Saturn. These particles are mostly drawn to the southern half of the planet.

The Leicester team reported that their analysis showed that the ring-crystals ‘rain down’ on this area at a rate of between 952 and 6327 pounds of ice per second, or potentially enough to fill an Olympic-grade swimming pool every half hour.

These measurements and analyses were made based on recordings of Saturn taken in 2011 at the Keck Observatory in Mauna Kea, Hawaii.

The IR light gathered as a result was assessed using the Near-InfraRed SPECtrometer (NIRSPEC).

The team concluded that increasing H3+ density between the planet’s 45°N and 39°S latitudes resulted in characteristic spikes in the NIR data, which were seen to decrease with the volume of ‘ring rain.’

The ability of the Keck installation to detect ionospheric H3+ on Saturn is a relatively recent development and enabled the Leicester team to revise the longevity of the rings downwards. They now conclude that the rings only have 292 million years (give or take about 800 years) until their last remaining crystals are sucked back down to the ionosphere.

Furthermore, findings from the most recent NASA missions to Saturn, like Cassini, have also indicated that the rings are much younger than previously thought. Their age is now put at about 100 million years, which, against Saturn’s 4-billion-year history, is not much time at all. The Leicester team’s findings have also corroborated this new estimate.

Therefore, it seems that Saturn did not have rings to start off with, and may not have them again in the future.

This implies the scope for future work on the apparent phenomenon, not merely to confirm it, but to project and model the effect that it could have on the planet and its satellites (e.g., Enceladus, which is also thought to be a profound source of water ice).

Top Image: An early projection of how Saturn may look in about 290 million years. (Source: James O'Donoghue/NASA)

From Kid’s Toy to Disease Diagnosis: A New Low-Cost Centrifuge