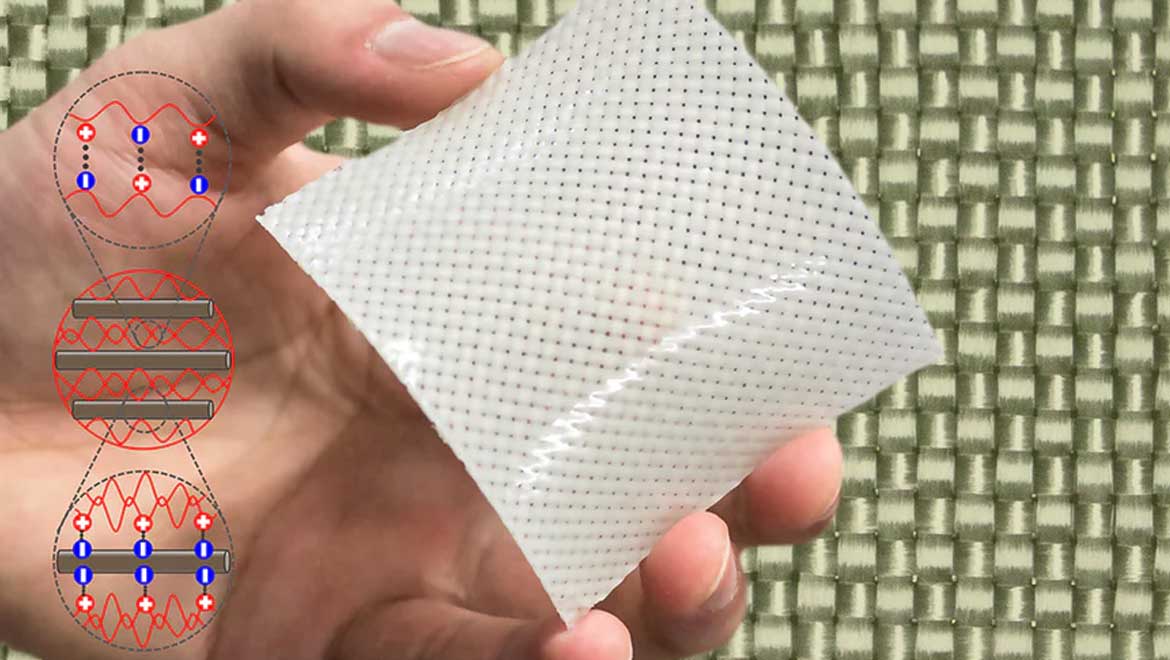 Many material scientists and engineers work with the goal of making synthetic polymers with the strength and conformation to rival or exceed natural products such as silk. This is done to create textiles, sheets or other implements to be used in construction or outerwear for their durability, strength and longevity. Unfortunately, though, there are often drawbacks linked to the compounds these researchers develop. They may be made from toxic substances, be expensive to manufacture, or require a large amount of energy in their formation. However, a new form of synthetic fiber appears to address many of these problems, and may be the key to synthetic materials that are relatively easy, cheap and also physically equal to extreme properties some natural fibers are called on to demonstrate.

A team at the Melville Laboratory for Polymer Synthesis, Department of Chemistry and Department of Architecture at the University of Cambridge reported the creation of these fibers in the Proceedings of the National Academy of Sciences in June 2017. The team, led by Dr Michael Ramage and Professor Oren Sherman, claim that the synthetic polymers can be made as a result of low-energy manufacturing, are non-toxic and is a sustainable alternative to producing materials such as synthetic silk. This could represent a new, more environmentally-friendly alternative to the current manufacturing practices behind existing synthetic composites and textiles. These strands have exhibited strength similar to that of spider-silk, which is known for its durability and utility in nature. Synthetic spider silk has also been successfully produced in previous experiments. This new type of artificial fiber is made of unexpectedly common materials; in fact, it is nearly 100% water. Water itself has some considerable physiochemical attributes such as the ability to support forces that combine to give considerable levels of surface tension, of course, but will not naturally conform to a fibrous conformation. This is altered, however, by the remaining 2 percent of this new formula, which converts water to a hydrogel which can then be drawn out as fibers. These materials may be familiar to many: silica and cellulose, which have a huge impact on the history of synthetic polymers.

Hydrogel Fibers and How to Find These Synthetic Polymers

These ingredients, which are readily available and derived from natural sources, form the more novel aspect of this new hydrogel, which is the chemical conformation they are engineered to adopt. It is termed a curcurbituril, which can resemble a molecular ‘handcuff’ to form the basis of the hydrogel. Curcurbiturils can form by themselves in the hydrogel solution, using a precise hierarchy of bonds, interactions and cross-links (known as ‘host/guest’ crosslinks: a class of chemical interactions that include the bonds formed between many enzymes and the molecules they target) to form nanofibrils. The nanofibrils then adopt a colloidal shape to form the hydrogel. Finally, the gel is drawn out into fibers of about 6μm in diameter, from which the water evaporates to leave an ultra-strong microfiber which stays together at room temperature. The hydrogel forms when cellulose is converted to a semi-crystallized hydroxyethyl derivative and introduced to specially-formed silica nanoparticles in an aqueous solution. The two components then undergo the complex polymerization needed to create the hydrogel.

The hydrogel fibers also combine rigidity with the ability to absorb a considerable amount of energy. This property, sometimes known as damping, could enable the fibers to make up a tough, resilient artificial fabric, or add extra value to composite materials. The hydrogel fibers have demonstrated a damping capacity of up to 70 percent, which exceeds that of other strong fiber types such as viscose rayon or natural silk. The authors of the PNAS paper also claim that the fibers can withstand physical stresses of up to 150 megapascals, a figure that also rivals those of many silk types. The first author, Yuchao Wu, puts the new hydrogel fiber’s properties down to its complex structure and mechanism of polymerization. It is clear that its hierarchy of construction is comparable to that of human hair, in that it combines a number of molecular bond types into supermolecular structures that go on to produce visible, uniform filaments. 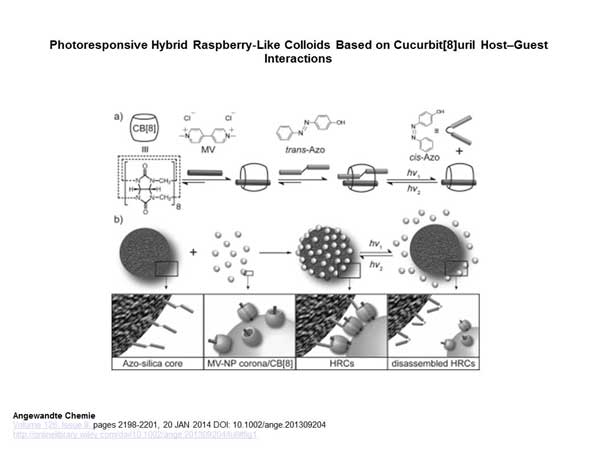 The team at Cambridge used laboratory-grade equipment to form their fibers, but are clearly confident that this could be done on a larger, truly industrial scale. Their future plans involve testing out braid types for their fiber, which could enable them to form threads or yarns that could be used in mass production or in combination with other materials. These fibers and their success could represent a new era in the manufacture of synthetic polymers and composites. The team also anticipate that their hydrogel and its super-strong fibers are just the starting point of a whole new range of synthetic composites based on more ‘natural’ molecular formations and ‘greener’ manufacturing.

The production methods used by the team at Cambridge have clear advantages over conventional manufacturing. The fibers require materials that are relatively abundant, and their self-assembly appears not to result in toxic by-products or end results. This could have a significant impact on the environmental consequences of manufacturing artificial products such as synthetic silks and other textiles. On the other hand, there is no information on how these hydrogel products might break down in nature or, for example, in storage. In addition, there is no indication as to the potential environmental impacts of the disposal or long-term exposure of these hydrogel fibers. Nonetheless, the prospect of ‘greener’ synthetics manufacturing will be exciting to keep track of and perhaps one day see in action.

Top image: The newly developed fiber-reinforced hydrogel consists of polyampholyte (PA) gels and glass fiber fabric. The team theorizes that toughness is increased by dynamic ionic bonds between the fiber and hydrogels, and within the hydrogels. Credit: Copyrighted image; Hokkaido University

Menger FM. Supramolecular chemistry and self-assembly. Proceedings of the National Academy of Sciences. 2002;99(8):4818-22.