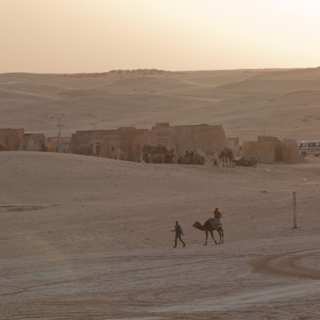 “We are just an advanced breed of monkeys on a minor planet of a very average star. But we can understand the Universe. That makes us something very special.” -Stephen Hawking Artificial intelligence (AI) has helped scientists and astronomers develop new methods that determine the long-term habitability of exoplanets, orbiting more than one star. 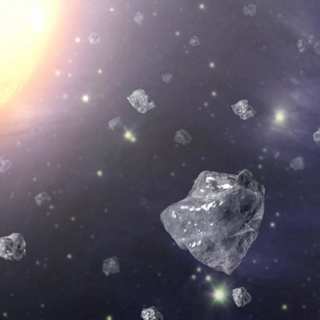 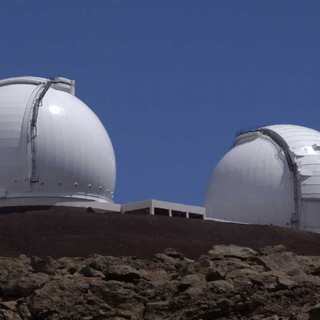 The term 'dark matter' may sound mysterious and sinister. However, it has a role to play in keeping galaxies like ours together, and also, other types of galaxies elsewhere in the universe. Astronomers now think that dark matter is a necessary component of large bodies containing lots of stars. 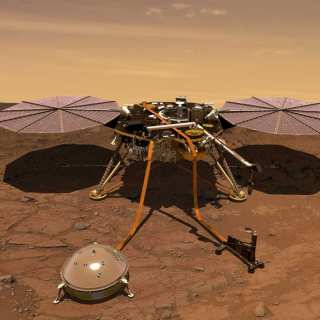 NASA has just announced plans for their next launch that will propel a robotic vehicle to the red planet. The US space authority is working with United Launch Alliance to put its new InSight craft on a northern region of Mars. The team of experts driving this mission have worked out a window, in May, that will last for a short time. The launch will be conducted in a manner that will help InSight into its ideal orbit and subsequent trajectory, toward its destination. 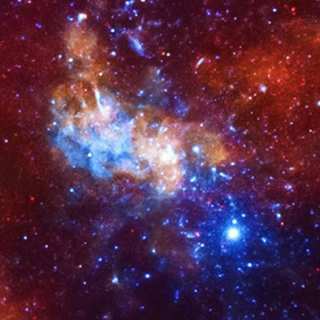 A great amount of scientific work goes into finding out exactly what happens at the center of our galaxy. This research is important for numerous reasons, not considering that everything in the Milky Way may be pulled into that heart. 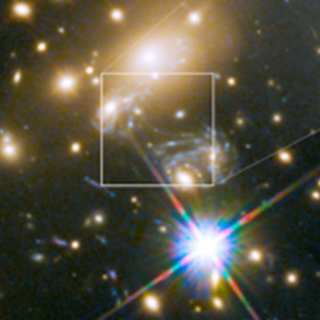 An international team of astrophysicists have reported the successful imaging of Icarus, a single star whose properties suggest that it is located approximately 9 billion light years away from Earth. This new finding indicates that Icarus is possibly the remotest body in the universe, that humans have detected till date. 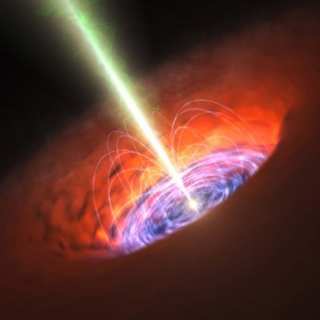 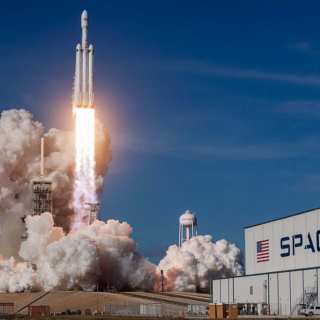 For decades, scientists have been using long-range probes and telescopes to discover and study the bodies that inhabit our galaxy and beyond. The results have sparked numerous reports on deep-space phenomena and bodies such as stars, nebulae and black holes. The latter features have captured the imagination of many in a particular way. This is due to telemetry that portrayed black holes as massive, powerful objects capable of such things as pulling in the matter around them and perhaps turning the same into nothing. 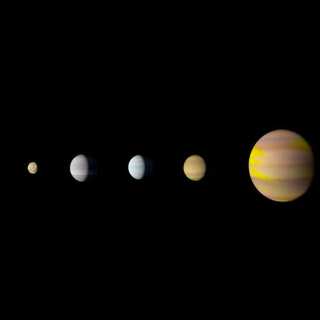 NASA’s hotly awaited teleconference last night didn’t reveal the existence of alien life, as some had hoped for against all odds, but it did reveal something just as exciting: A solar system with as many planets as our own. The solar system in question orbits a huge star known as Kepler 90, which is located in the Draco constellation, around 2,500 light years away from Earth. 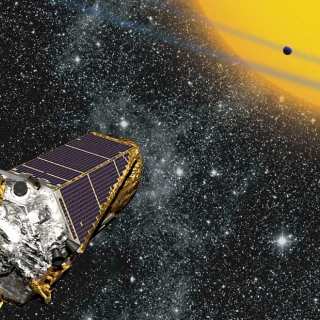 NASA and Google have been collaborating on a project using NASA’s Kepler telescope and Google’s powerful Artificial Intelligence technology. The findings are due to be released at a news conference on Thursday December 14. America has big plans to begin new mission into space, which will, as President Donald Trump stated on November 11: “Refocus America’s space program on human exploration and discovery.” The directive was signed at the White House, in order to advance our understanding of space by sending astronauts back to the moon and also potentially even further afield, to Mars. The date, November 11, is also significant – being the 45th anniversary of the last mission to the Moon, Apollo 17. Scientists have just released details of the incredible discovery of 72 previously unobserved galaxies, lying in one of the most studied areas of space, the Hubble Ultra Deep Field (HUDF). The galaxies were identified with the newly launched Multi Unit Spectroscopic Explorer (MUSE), which is part of the European Southern Observatory’s Very Large Telescope (VLT) based at the Paranal Observatory in Chile. Wouldn’t all your sci-fi dreams come true if there was a celestial body, other than Earth, we could live on, or at least where alien life was found? Well, in a supercool discovery, astronomers from Europe have spotted a planet, Ross 128 b, close to our solar system, about 11-light years away, with a temperate climate and sized similar to Earth. But what seems to have caught the interest of experts is its possible habitability. 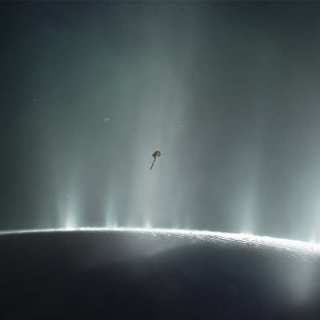 The key to finding habitable planets may well lie a lot closer to home than many of us realise. Since 1997, NASA satellites have been observing our own Earth, building up a fabulous resource which shows us exactly what a planet that is capable of sustaining life looks like. This huge repository of information is now helping inform scientists as to some key pointers they should be looking for as they trawl the universe looking for other planets which may hold the potential to support life. 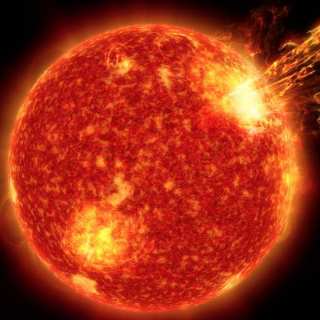 Whilst the sun might look relatively benign from here on Earth, in reality it’s a hugely powerful star which undergoes many storms, some of which scientists are only just beginning to understand. Scientists can now predict the likelihood of coronal mass ejections, or CMEs with relative ease because these events are usually preceded by some kind of warning sign. This can include the presence of more energetic particles, bright flashes or bursts of heat. 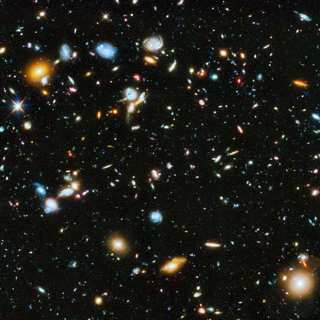 The current scientific understanding of the universe and the basis by which it exists involves the concept of anti-matter: a nebulous state that is an exact antithesis of the matter we and everything we perceive is made of. Therefore, an important question that arises from this theory is how antimatter didn’t stop a universe-load of matter existing in the first place. Some prominent researchers conclude that this is due to some fundamental imbalance of particles or forces. 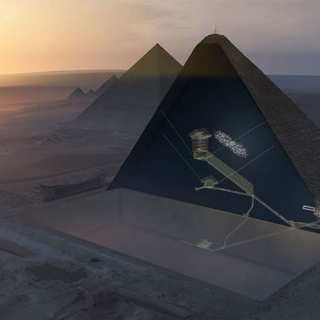 The Great Pyramid of Giza, an Ancient Wonder of the World, is considered an engineering marvel built as a tomb for the pharaoh Khufu. This largest and oldest of the three pyramids is estimated to be about 140 meters tall and 230 meters in width. A structure that attracts millions of tourists per year also surrounds itself with theories and many unanswered questions regarding its age and architecture. Now, yet another mystery has been revealed by this enigmatic structure: 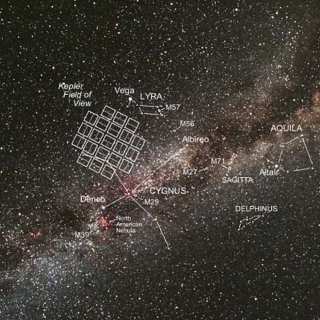 Scientists have just released details of the discovery of ten planets, all of which show promise as potentially habitable worlds. So who knows, perhaps future missions to visit other planets will take us much further afield than Mars in our own solar system. If you’re looking for the perfect soundtrack to your Halloween party, look no further than NASA’s newly released collection of mysterious noises recorded by spacecraft travelling within our solar system.